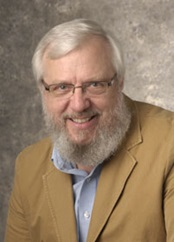 The way some folks talk and write about the issues facing our upcoming special General Conference suggests they don’t know or care about how our United Methodist Church has been faithful in subjecting its teaching on homosexuality to serious investigation. We have been open to fresh insights and new truth that may emerge on our faith pilgrimage. The issue has been on the agenda of every General Conference since union with the EUB in 1968. We have had a General Conference Study Commission on Homosexuality that worked for four years; we have had formal dialogues in which all parties have participated and had a say in the debate.

The book, Staying the Course, which I edited with Newton Malony in 2003, was a big part of that dialogue process and a response to the General Conference study commission. In the first essay in the book, Billy Abraham wrote on “The Church’s Teaching on Sexuality.” He made the case that our statement on homosexuality in The Discipline contains four distinctive elements.

“First, there is a distinction between persons and their sexual behavior, between persons and their actions. This is not a redeployment of the old distinction between the sinner and the sin. The move here is correctly positive in its anthropological content, insisting that all persons are of sacred worth. It begins with persons before they are sinners, so to speak. Even then, this language is perhaps too thin and emaciated. What we really want to say is that all persons are made in the image and likeness of God and all persons have been redeemed at an incredible price by the precious blood of Christ. This is the basis of their sacred Worth, and it is one of the reasons we must distinguish between person and act. Given the distinction between person and act, our Church insists that it is possible to be fully committed to the welfare of the person even though one disagrees with the moral character of her or his behavior.

“Second, it is claimed that the practice of homosexuality is incompatible with Christian teaching. This claim is at once both substantive and modest. It is substantive where it needs to be, that is, in saying cleanly what is at stake on the first-order moral question at issue. Hence, it is substantive in that it draws a line in the sand and says that homosexual practices lie outside the boundary of acceptable Christian teaching. It is equally modest where it needs to be, that is, in second-order questions about justification and warrant. This is a reticent claim, for it leaves a host of questions unanswered about the identity and warrants for Christian teaching. The teaching of the Church also rightly does not tackle the complex matter of pastoral care, surely something that cannot be micromanaged with appropriate sophistication in any ecclesiastical pronouncement. Not surprisingly these lacunae create ample space for discussion and debate.

“Third, it is affirmed that God’s grace is available to all. Again, this is modest, but we can surely assume that what is at stake here is the whole panoply of grace, that is, prevenient, justifying, and sanctifying grace. Recovering this way of thinking and speaking is one of the jewels of the last generation’s work in Wesley studies and on splendid display here, even if it remains tacit.

After much thoughtful examination of issues that intersect this most troublesome one, Billy says, “The crucial point is this: If The United Methodist Church were to abandon its current teaching on homosexual behavior, it would cease to be a body of congregations among which the pure word of God is preached; and would thus undermine its own most important ecclesiological insight.” (Staying the Course, p. 30)

What is at stake is not only our commitment to the authority of Scripture, but also to the nature of the church. The One Church Plan is championed by many on the basis of unity. But what unity? Those of us who support the Traditional Plan believe that issues like marriage and ordination are not “local option” matters; they are central to the whole church.

Billy closed his essay, rehearsing the issues and why The United Methodist Church continues to speak as she does on this issue.

“It is the mark of a robust and mature church that it be able to articulate its position on controversial issues in a relatively clear, sophisticated, sensitive, and self-consistent manner. We have seen that this applies to the position of The United Methodist Church in its teaching on homosexuality. That position is neither homophobic nor narrow; it is neither superficial or simple; it is neither naïve nor hastily developed. On the contrary, it is carefully nuanced, complex, informed, substantive, and refined. Moreover, its formal teaching fits squarely with its commitment to the place of divine relation in arriving at its central theological and moral commitments and with its core ecclesiological insights …”

The United Methodist Church “has sought to be faithful to its Lord and Savior in its teaching on sexuality, whatever it may cost in terms of popularity or acceptance in either popular or elite culture. Under the grace of God, The United Methodist Church can continue to stand firm. Indeed, it can do no less, given its clear ecclesiological commitments on the place of the Word of God in its regular proclamation and in its ongoing integrity as a connection of faithful congregations” (Staying the Course, p. 31).