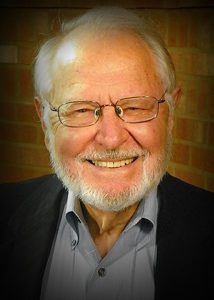 In times like these, when a special General Conference within a few weeks will determine the future of my beloved United Methodist Church, I’m spending a lot of time remembering, hoping, and praying. I’ve been a minister in this church all the years it has existed as The United Methodist Church. It has been a rich and rewarding journey. I have been blessed immensely and have had the opportunity to serve in many leadership roles.

There has not been a more critical time in the life of our church than the present one with the issues we face at this special General Conference. So, I’m remembering: events, watershed moments in my life connected with the church, redemptive directions we have taken and/or failed to take, persons who have touched my life and contributed to my ministry, denominational leaders with integrity who have inspired me.

One of the persons I’m spending a lot of time in memory with is Bill Hinson; in fact, I have gone back and reread the marvelous biography of him by Stan Copeland. I’m sure my memory is heightened because he was one of my valued colleagues in ministry and we shared so much work related to the General Conference.

Bill was an impeccable dresser, and one of the things I remember is that his shoes were always shined and mine were most always needing a shine. He once said to me, “Brother Dunnam,” (though intimate friends, he often addressed me that way and I often called him ‘Brother Bill,’) “Brother Dunnam, the only thing I excel you in is in my shined shoes.” “That’s true, Brother Bill,” I responded, “and the only reason you excel me there is I excel you in humility; that’s the reason I wear scruffy shoes.”

Bishop Robert Hayes, in recommending Stan’s biography, Lord, He Went, said, “Bill saw a denomination drifting, and sought to correct its course by taking it back to its Wesleyan roots…a man of God who had the ability to dream and see visions most of us never knew existed.” 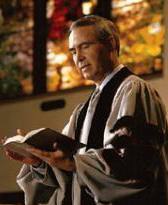 To that I would say, amen.

I would especially enjoy having Bill around today as we are preparing for the special session of the General Conference. He would make sure the conversations dealt honestly with the issues, but he would also add enough humor to keep us going.

I can’t do it with his humor, but I can with his honesty. Remembering, I’m going to share from Staying the Course, a book published by Abingdon Press in 2003.

The book was a collection of essays written by biblical scholars, theologians, pastors, sociologists, and pastoral caregivers, seeking to faithfully support our UM position on homosexuality. I’m sorry the book is out of print. I found only three available on the internet for $78 each. They are worth more than that, but I recommend you follow this series of posts, since you can’t get the book

In our preface to the book, co-editor Newton Molony and I wrote,

Feelings are intense; and the dialogue, unfortunately, has deteriorated into name-calling. As among those who have taken a conservative point of view, it pains us deeply to have those on the other side label our opinions as “homophobic,” “heterosexist,” or “biblically literalistic.” We ﬁrmly deny the validity of any of these labels and feel the discussion deserves more thoughtful and reasonable debate than such appellations evoke. We consider these labels as pejorative and offensive as labels such as “heterophobic,” “homosexist,” or “biblical revisionist” might seem to others. It is unfortunate that political correctness now dominates the discussion, and those who affirm the traditional approach to these matters are considered to be prejudiced, unjust, and autocratic.

We offer the essays in this volume as a counter to such stereotypes. We fully affirm the statements about sexuality embedded in The Book of Discipline of The United Methodist Church and are convinced that their formulation was inspired by the Holy Spirit. We believe that the insights they reflect are firmly grounded in biblical, theological, ethical, and scientific understandings. Furthermore, we are convinced that these disciplinary affirmations are consonant with the heritage of the church universal and, more particularly, with the tradition of the Wesleyan movement. Our forefather, John Wesley, was convinced that the role of the church was to redeem fallen creation, not to conform to changing customs—as others would seem to recommend.” (Maxie Dunnam and Newton Malony, Staying the Course, Abingdon Press, 2003, p. 13)

This is probably the most critical time in our history as The United Methodist Church.  I am remembering, hoping and praying. I will post every few days between now and General Conference, primarily sharing the convictions of some of our most outstanding leaders of our Wesleyan Movement as they wrote in Staying the Course.