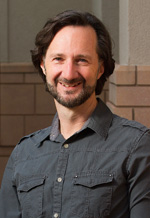 The Rev. Rob Renfroe
Rob Renfroe has been the President and Publisher of Good News since 2009. He has been involved in United Methodist renewal and reform for many years, having served as the President of the Board of Directors of The Confessing Movement before taking the leadership role at Good News.

Rob is also the pastor of adult discipleship at The Woodlands United Methodist Church in The Woodlands, Texas. At his local church, Rob is charged with helping all adult members of the church to grow in their faith, to discover their calling, and to find a place to serve Christ and others; but he is especially drawn to serving the men of the congregation. He leads the popular Quest, attended by 300 men on Tuesday mornings and 225 men on Sunday evenings (eight weeks each fall and spring).

Rob, a graduate of Rice University and Gordon-Conwell Theological Seminary, has served The Woodlands United Methodist Church for 16 years. 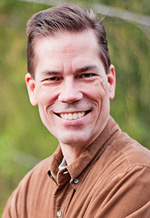 The Rev. Thomas A. Lambrecht
Tom Lambrecht is the Vice President and General Manager of Good News. He has served as an ordained United Methodist elder in Wisconsin since 1982, after a brief career as a music teacher. A graduate of Trinity Evangelical Divinity School, Tom served various sized congregations and fulfilled leadership roles on many different councils, boards, committees, and task forces within the Wisconsin Annual Conference.

Since 1992, Tom has worked with Good News as a part of their legislative team at five General Conferences and as a member of the board.  Tom served as the chair of the Good News board for four years, and is currently coordinator for the Renewal and Reform Coalition General Conference effort.  He left pastoral ministry in 2011 to serve full-time with Good News as Vice-President and General Manager.  Tom has been instrumental in the cause of evangelical renewal within the Wisconsin Conference since 1983, helping to establish the Wisconsin Association of Confessing United Methodists (WACUM) in 1996 and serving as its first president. 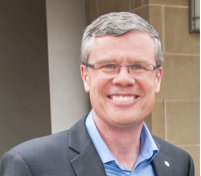 Ralph Pauls serves as the Director of Strategic Resources at Good News. Ralph is a graduate of Wichita State University, where he received a Bachelors and a Master’s degree in Mechanical Engineering. He recently completed a 37-year career with ExxonMobil, performing production engineering, reservoir engineering and technical training jobs.

Ralph and his wife Julie have been members of The Woodlands United Methodist Church (TWUMC) for over 30 years. He was a founding member of the mission committee at TWUMC, serves as a table leader for his men’s Bible Study, and leads a group of young men with special needs as a part of Community Bible Study. 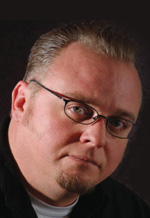 Steve Beard
Since 1991, Steve Beard has been the editor in chief of Good News. As a journalist, he spends most of his time writing and scratching his head about faith, popular culture, and spirituality. Aside from his “Mortals and the Divine” column in Good News, his articles have appeared in Charisma, Discipleship Journal, Ministries Today, Risen, The Washington Times, and World magazines. You can also find his articles on websites such as National Review Online and BreakPoint.com.

He is a contributing author to Spiritual Journeys: How Faith Has Influenced Twelve Music Icons (Relevant 2003) where he wrote chapters on Bono, Johnny Cash, and Al Green.