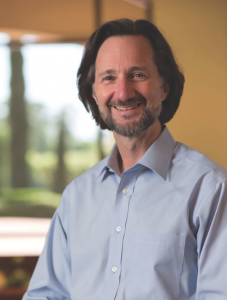 Imagine that there was a package under your Christmas tree with your name on it. The paper was bright and colorful. The bow was beautiful with just enough glitter that it sparkled in the glow of the lights on the tree. With packaging like that, you could hardly wait to see what gift your parents had picked out for you.

Imagine that, and you are imagining “the gift” that a new group called “Uniting Methodists” has given the church. It is represented in one of the three proposals given to the Council of Bishops by the Commission on a Way Forward (page 18). Go to their website and you’ll see that the packaging is beautiful. There’s a new name, a new look, and some new faces. What’s not new is the solution the Uniting caucus is offering to resolve the problems that divide us. In fact, it’s the same solution the “centrists” brought to the 2016 General Conference and four years before that: change the Book of Discipline so that pastors could choose to marry gay couples or not and annual conferences could ordain practicing gay persons or not. This is the same solution that was rejected by the majority of delegates in 2016 and 2012. Now, repackaged and glowing, it’s under our tree again, presented as the latest and greatest idea for saving the unity of the church.

What’s also the same are some of the unconvincing arguments that have been used previously to promote “the local option.” For example, many pastors, some of very large “centrist” congregations, have said to me, “Our lay people disagree on whether we should ordain and marry gay persons, but they get along and remain in the same congregation, loving each other and doing the work of Christ. Why can’t the denomination do the same?”

My response is always the same, “So are some of the pastors on your staff marrying gay couples and some not? No? Then your congregation is not handling the issue the way you’re proposing for the denomination. What would happen in your congregation if you began to marry gay couples and other pastors on your staff refused to do so? Your people would pick sides and become divided. Maybe not all, but many. And a large number of your people would leave your congregation.” That’s exactly what would happen if the same old local option was approved by the denomination, regardless of the packaging.

What’s also the same is the certainty by some of our pastors that they can create a compromise without involving the two sides who are most dissatisfied with our current situation — the progressives and the traditionalists. The Reconciling Ministries Network and the United Methodist Queer Clergy Caucus have denounced the Uniting solution as unjust and doing harm to LGBTQ+ persons. It’s clear they cannot accept it. Both Good News and the newly-launched Wesleyan Covenant Association (WCA) have stated that they cannot live in a church that allows its bishops, pastors, and churches to promote what they believe to be unscriptural. But just like those previously pushing the local option, the leaders of Uniting Methodists felt no need to ask either group for input on a compromise that they (the progressives and the traditionalists) are expected to accept should it pass.

What’s not new is the disrespect that the “uniters” show for traditional believers in the Central Conferences and in the U.S. We have been exceedingly clear – many, if not most of us, cannot live in a church that allows its pastors, bishops, and annual conferences to promote what we believe is contrary to God’s Word. And that’s what the United Methodist Church will allow if the local option is adopted.

When Good News was asked to present our perspective to the Commission on a Way Forward, I pointed out that the “local option” did not receive enough support even to come to the floor of General Conference in 2016 in Portland. “It may be hard for progressives and centrists to understand, but many, if not most, traditionalists cannot participate in a church that allows its pastors and bishops to promote something they believe to be sinful even if they themselves are not required to do so,” I wrote.

With more than 1,800 in attendance at its first gathering in Chicago in 2016, the WCA passed a statement to the bishops which included the following: “A plan that requires traditionalists to compromise their principles and understanding of Scripture, including any form of the ‘local option’ around ordination and marriage, will not be acceptable to the members of the Wesleyan Covenant Association…”

How can you claim to be “uniting” when you ignore the traditionalist/evangelical movement within United Methodism that has said it cannot live with your solution? We’ve said, “The old catcher’s mitt doesn’t fit us and we won’t use it.” But instead of doing the hard – and respectful – work of trying to understand our values and creating a new solution, Uniting Methodists have offered the same old gift that we have told them doesn’t work for us.

What’s also not new is the lack of transparency exhibited by the “Uniting” effort. Its claim to be “clarifying” is off-putting, to put it politely. To be transparent, the “uniters” should be clear about their ultimate goal. Many who support Uniting Methodists, including those with the highest profiles, are working for this compromise to hold the church together until the consensus changes and all pastors are expected to marry gay persons and all annual conferences ordain practicing homosexuals. As one Uniting leader told me, “It’s just a matter of time. The culture is changing. Young people don’t even know why we’re having this discussion. They are the future, not older folks who favor the current position.” What Uniting Methodists is proposing is not a compromise that resolves our differences; it is a strategy to hold the church together until the church’s position changes altogether.

If there’s nothing new to see here, why the new push? Why repackage the same old ideas in hopes that many people will think they’ve been given a new gift? Perhaps they believe the Africans will change their minds about biblical standards and sexuality. Perhaps they believe evangelicals will deny their principles. Perhaps they believe LGBTQ+ advocates will accept a solution which they believe to be injustice. And what has been rejected before on several occasions will be embraced not as the same old catcher’s mitt, but as the lovely new gift we have always wanted. It’s hard to believe that leading centrists are that naïve.

A very different rationale is possible. The bishops’ commission, to resolve our problems, will have to present a plan that puts enough distance between progressives and traditionalists that both sides can support it. (One that has been discussed coming out of the Commission on a Way Forward involves creating three ideological/theological jurisdictions – progressive, centrist, and conservative – each with different positions regarding sexuality, marriage, and ordination.)

If the church is to divide into two or three different groups, each new entity will want to take as many churches, pastors, and people with it as possible. The “middle” group will want to reach as many center-right and center-left people as possible. How do you do that? You present yourself as Christ-centered, mission-minded, open-hearted, and willing to make room for everyone, which is exactly what the Uniting Methodist website does. (Honestly, its leaders whom I know personally are as they describe themselves. We simply disagree profoundly on the inspiration and the authority of the Bible.)

But “centrists” who lean left or right, will need to do some soul searching before they jump into a middle jurisdiction that adopts the local option. Those who are center-left will need to ask themselves how long they will put up with injustice. Will they be joining with Uniting Methodists in a pragmatic decision to step into the slow arc of history that is moving in the right direction? Or will they be joining a group of pastors who are willing to accept injustice for who knows how long because to promote change right now would disrupt and divide their churches?

Those who are center-right need to be clear that what the Uniting group is offering is no compromise. And it will not stop the fighting, at least not right away, not within the jurisdiction in the middle. Progressives who remain in the center will continue to push until those in the middle have adopted a thoroughly liberal sexual ethic. When the position changes, center-right pastors who chose “the middle way” will find themselves abandoned and far from home.  If center-right pastors cannot accept a progressive sexual ethic in the future, the best time to decide not to remain with the centrists is now – not after they have joined the Uniting caucus because it seems safe and reasonable only to watch the inevitable drift to a progressive position they cannot abide.

Well, it’s very confusing. But one thing is clear: if you liked last year’s catcher’s mitt, you’re going to love the Uniting plan. But if you’re hoping for something new under the tree, you’ll need to look elsewhere.