From Party Boy to Water Source 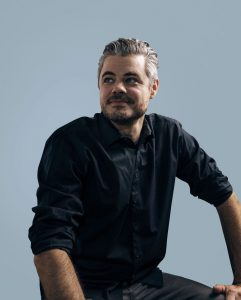 Scott Harrison grew up as a “good Christian kid.” His family was happy, until they weren’t. When a carbon monoxide leak in their home destroyed his mother’s immune system, Scott began to take care of everything around the house. At the age of 18 he escaped into music and became a nightclub promoter in New York City. This launched him into a life he would later call morally, spiritually, and emotionally bankrupt. For nearly ten years he smoked two packs of cigarettes a day, got drunk every night, attended strip clubs, gambled, and took just about every drug except heroin.

One night, at a New Year’s Eve party in Punta del Este, Uruguay, the noise all became too much. “Although it looked glamorous on the outside, there was a long decline in my happiness,” he says. “I remember just feeling so unhealthy about it all. The next day the party was still going, but I just wanted the music to stop.”

Back in New York with a desire to find his way back to a very lost faith, Harrison sold nearly everything he owned and decided to commit a full year to serving others rather than himself. After countless organizations turned him down due to his past, one finally agreed to allow him to volunteer his services as a photojournalist on a trip to Liberia. 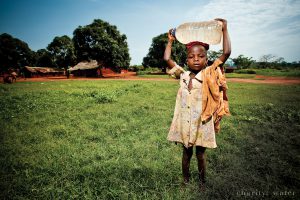 On this trip, Scott encountered individuals whose deformities left them outcasts and sometimes fighting for their lives. The surgeon on the ship, Gary Parker, worked to bring them new life and hope through the surgeries he provided. As he was documenting these stories, Scott learned that one of the major sources of the sickness for these people was unclean water. Jarred by this realization, he went back to New York with a plan.

Utilizing his skills as a former nightclub promoter, Scott threw a party for his 31st birthday. With a club donated for the cause and 700 people enticed to come for the open bar, he charged a cover fee of $20 and raised over $1500. They sent the money to a refugee camp in Uganda and followed up with the guests about what they were doing there. With the donations, they built three wells and fixed three more. 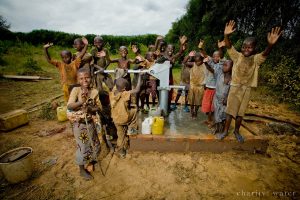 This was the beginning of charity: water. People all over the world began donating their birthdays to raise money for clean water. In order to make sure all donated funds go directly to building and repairing wells, Scott set up a second account for an overhead fund and found alternate donors to cover those costs. He also added GPS coordinates to the sites, provided pictures of the projects for Google maps, and put locals in charge.

Since its inception in 2006, charity: water has funded 24,000 projects and provided water to 7.3 million people.