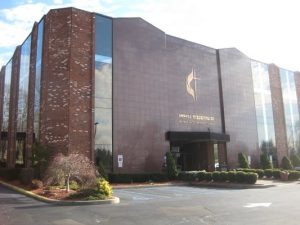 Complaints about bishops exerting autocratic authority are nothing new in Methodism. Such grievances leveled against Francis Asbury, the first Methodist bishop in America, were the cause behind Methodism’s first schism. Rev. James O’Kelly objected to pastoral appointments made by Bishop Asbury and introduced a proposal to allow pastors to appeal an unsatisfactory appointment to the conference, which could override the bishop’s decision. The motion generated acrimonious debate and failed to be adopted at the 1796 General Conference. O’Kelly and his supporters walked out of the conference and formed the Republican Methodist Church, later called the Christian Church, which became a forerunner to the Disciples of Christ denomination (The Story of American Methodism, Frederick A. Norwood, pp. 127-129).

Over the succeeding 200 years, some safeguards have been put in place to guard against the potential abuse of power by bishops in the appointment of clergy to congregations. Unfortunately, some bishops and district superintendents still find ways to ignore or maneuver around these safeguards.

With the second delay of General Conference now until 2022, it appears that some bishops in the U.S. are taking advantage of the opportunity to seize control of local churches through the appointment process. Their goal appears to be to influence those congregations not to join the proposed traditionalist Global Methodist Church or to reap a share of the church’s assets by forcing an early departure.

Several licensed local pastors in Wisconsin, Iowa, and some other conferences have been discontinued by their district committee on ministry when the pastors were honest about their intention to join the Global Methodist Church when it is formed after the Protocol for Reconciliation and Grace through Separation has passed General Conference. We have heard that some small local churches have been closed or their pastors reappointed elsewhere simply because they asked about the process for disaffiliating from The United Methodist Church. In some conferences, centrist pastors have been appointed to congregations that are more traditional in an effort to keep them from departing to the Global Methodist Church when that option becomes available.

A similar occurrence is generating turmoil in Bethany Korean UMC in Wayne, New Jersey, part of the Greater New Jersey Annual Conference. With a membership of over 1,800 and a pre-Covid attendance of nearly 1,500 (2018 numbers, the most recently published statistics) on two campuses, Bethany is the largest church in the Greater New Jersey Conference. They pay more than $350,000 per year in apportionments – over $200,000 more than any other congregation in their annual conference.

On March 15, the senior pastor, Rev. James Lee, was notified by his district superintendent that he would be appointed to a mostly-white congregation in the southern part of the state that has about 150 members, one-tenth the size of Bethany. Such a move could entail a substantial reduction in salary. In addition, Rev. Lee has a daughter entering her senior year in high school, making a move potentially problematic.

By any measure, this appointment would be a demotion and could be considered a punitive appointment.

Lee received his ministerial education at Fuller Theological Seminary and served with the Pentecostal Holiness Church in Oklahoma before becoming an ordained elder in the UM Church in 2011. He served four years as an associate pastor at Bethany before being named the senior pastor in 2015. He succeeded the founding pastor of the church, who served for 30 years. The fact that the church has maintained its membership and vitality after the founding pastor’s retirement is a credit to Lee’s leadership and the congregation’s response. (Churches coming off a long-tenure pastor often experience a time of decline and even conflict.)

In 2019 following the St. Louis special General Conference, Bishop John Schol stated “he would not forward complaints for trial concerning LGBTQ people’s right to marry, seek ordination, or for pastors who perform same-sex unions.” Bethany and Rev. Lee joined a letter by the Association of Korean United Methodist Churches of Greater New Jersey protesting the Greater New Jersey Way Forward that proposed “to allow United Methodist churches to decide how to include and affirm LGBTQ people in every aspect of ministry while still allowing congregations the right to agree to disagree.” This was essentially an enactment of the One Church Plan at the annual conference level, which has been challenged before the Judicial Council. We are still awaiting a ruling on the case.

In addition, Bethany Korean decided in November 2020 to become a member of the Wesleyan Covenant Association. Bethany’s leaders have stated their intention that the church would join the proposed Global Methodist Church after the Protocol is passed by General Conference.

Mr. Sang Chul Shin, a lay elder at Bethany and former SPRC chair, believes the bishop’s action was “unjust and uncalled for,” taken “to separate the pastor from the church to weaken the congregation, so it decides not to leave The United Methodist Church for the Global Methodist Church.” Shin also believes the conference “wants to push out Pastor Lee because he has taken a vocal stance against the bishop’s position about homosexuality.” Further, he says “our church is the right church to be made an example of, to cause other churches to be afraid of what will happen to their pastors and congregations if they go against the bishop.” Pastor Lee reported that his district superintendent had warned him not to speak about the bishop’s proposals affirming LGBT practices.

The congregation has reacted with anger and frustration. A petition to ask the bishop to reconsider the appointment by the congregation garnered over 850 congregant signatures in less than 12 hours.

The Rev. Beth Caulfield, president of the WCA chapter in Greater New Jersey, stated, “We denounce the treatment of Rev. Lee and the Bethany Church by Bishop Schol and the Greater New Jersey Cabinet. Such a decision, made well into the appointment season, without prior consultation with the largest church in our Conference or its pastor, is highly dishonoring and inconsiderate. That such a destabilizing move would be made during this pandemic time to a church whose congregation includes a large percentage of small business owners who are undertaking some of the largest hits and undergoing some of the highest stresses now and thus seek critical comfort through their church’s solidity, is unconscionable. We are deeply saddened that one of our Greater New Jersey member churches would be targeted, especially after Bishop Schol has made statements that there would be no mistreatment of traditional churches or pastors through appointments or other actions by the Conference during this time of great division in our denomination. Our hearts, prayers, and solidarity go out for Reverend Lee, his family, and the entire Bethany UMC Community.”

Neither the bishop nor the district superintendent consulted with Rev. Lee or the Bethany staff-parish relations committee prior to notifying Lee of his change of appointment. Such consultation is required by the Book of Discipline.

“When a change in appointment has been determined, the district superintendent should meet together or separately with the pastor and the committee on [staff]-parish relations where the pastor is serving, for the purpose of sharing the basis for the change and the process used in making the new appointment” (¶ 428.3) “Consultation is not merely notification” (¶ 426). “The process of consultation shall be mandatory in every annual conference” (¶ 426.1).

The Discipline allows for proposed appointments to be rescinded. “If during this consultative process it is determined by the bishop and cabinet that this decision should not be carried out, the process is to be repeated until the bishop, basing his or her decision on the information and advice derived from consultation, makes and fixes the appointment” (¶ 428.8).

When initially notified of the change of appointment, Lee was told to keep it confidential and tell no one. Upon rejecting his first request for reconsideration, the district superintendent required Lee to again tell no one, with the exception this time he could tell his wife.

There is no requirement in the Book of Discipline that a proposed appointment be kept strictly confidential. In fact, the consultation process noted above requires sharing of information with the staff-parish relations committee. It is understandable that the announcement of an appointment should not become public knowledge until it is officially announced, since it could be reconsidered and rescinded. The Discipline says, “When the steps in the process have been followed and completed, the announcement of that decision shall be made to all parties directly involved in the consultative process … before a public announcement is made” (¶ 428.10). But to require strict confidentiality isolates the pastor from those who could advise him or her about the intended appointment. The bishop has the cabinet to advise him, so to isolate the pastor creates an even greater power imbalance that sets the table for potential abuse of power. To disallow communication with the pastor’s spouse is patently an abuse of confidentiality, since the spouse is greatly affected by this decision and should have input into it.

Timing of the Appointment

Potential changes of appointment at the denomination’s largest churches are normally discussed six to twelve months before they become effective. As quoted in the article linked above regarding Mt. Bethel UMC in Georgia, the Rev. Rick Just, a former district superintendent and currently the senior pastor at Asbury Church in Wichita, Kansas, explains, “Making a change at a mid to large size local church often requires significant and careful planning. The attention given is not simply out of bias for large churches; it’s done because there can be anywhere from a dozen to hundreds of employees who will be impacted by a change in senior leadership. It’s not something you want to do without carefully considering the serious ramifications for everyone involved. In fact, it is not uncommon for bishops and SPRCs at some of the denomination’s very largest churches to work with a search firm to help the bishop and congregation find a suitable pastor who has proven administrative skills.”

The lack of consultation and the lateness of this appointment change convey an impression of the bishop’s and conference’s lack of respect for Pastor Lee and for Bethany Korean UMC. This appears odd in light of Bishop Schol’s oft-stated commitment to eliminating racism and the current climate of growing awareness of anti-Asian sentiment in this country.

Schol gave Lee an ultimatum to either accept the new appointment, go on leave of absence, or surrender his ministerial credentials. Lee chose to do none of those options, and instead requested reconsideration again. The cabinet turned down the request for reconsideration. Instead, a complaint has been filed against Lee and he has been suspended from ministry pending a supervisory hearing. The bishop has appointed a retired pastor in the interim and will work with the church to appoint a new senior pastor.

Biblically speaking, episcopal authority is given by God “for building you up, not for tearing you down” (II Corinthians 10:8, 13:10). When one surveys the scenarios portrayed above, they seem like examples of the use of authority in a way that tears down individual pastors and the vitality of local churches. The disregarding of safeguards in the Discipline and the singling out of large, traditionalist churches bodes ill for maintaining the fragile peace that currently exists while we wait for General Conference to act on the Protocol. And it certainly belies the claim of One Church Plan or Christmas Covenant proponents that traditionalists will be welcome and treated fairly in a post-separation United Methodist Church.