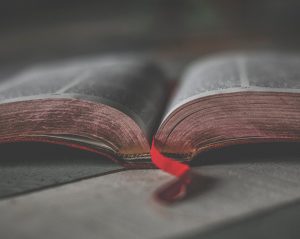 Many who affirm the practice of homosexuality in contrast to the teachings of Scripture base their affirmation on human experience. As they would describe it, they see God at work in the transformation of a human life, and it causes them to reinterpret Scripture in the light of this experience.

An influential 2007 article Dr. Luke Timothy Johnson, emeritus professor of New Testament and Christian Origins at Candler School of Theology, Emory University, is making the rounds again. Writing from a Roman Catholic perspective, Johnson bases his argument in support of “covenanted love between persons of the same sex” almost entirely on experience. It is helpful to engage in dialogue with the ideas that he puts forward.

Experience over the Bible

Johnson candidly acknowledges that “the present crisis in Christian denominations over homosexuality” is not “really about sex.” “In my view,” he writes, it “has less to do with sex than with perceived threats to the authority of Scripture and the teaching authority of the church” (what Methodists would call tradition). In this respect, Johnson accurately perceives the situation. Evangelicals and conservatives have all along stated that our reason for opposing the accommodations Johnson supports is because it would contravene the teachings of Scripture, which is our primary authority and “true rule and guide for faith and practice” (Confession of Faith, Article IV).

Johnson goes on, “I think it important to state clearly that we do, in fact, reject the straightforward commands of Scripture, and appeal instead to another authority when we declare that same-sex unions can be holy and good. And what exactly is that authority? We appeal explicitly to the weight of our own experience and the experience thousands of others have witnessed to, which tells us that to claim our own sexual orientation is in fact to accept the way in which God has created us. By so doing, we explicitly reject as well the premises of the scriptural statements condemning homosexuality – namely, that it is a vice freely chosen, a symptom of human corruption, and disobedience to God’s created order.”

One could hardly ask for a clearer statement of the substitution of experience for Scripture as the church’s authority. Later in the article, Johnson states, “What I find most important of all is not the authority found in specific commands, which are fallible, conflicting, and often culturally conditioned, but rather the way Scripture creates the mind of Christ in its readers, authorizing them to reinterpret written texts in light of God’s Holy Spirit active in human lives. … Our stories become the medium of God’s very revelation.”

Johnson explicitly rejects the authority of scriptural commands, which he deems fallible – that is, liable to be erroneous or mistaken. Instead, he relies on the mind of Christ being reproduced in the readers of the Bible, revealing God’s truth through our human stories and experiences and enabling us to reinterpret the written Scriptures in light of that experiential revelation.

Johnson and I both agree on Christian disciples having the mind of Christ. But how is each individual understanding of Christ’s mind, or even the collective understanding found in some group in the church, any more infallible or reliable than the supposedly fallible commands of Scripture? At least the Scriptures were vetted by the people of God over centuries of time and affirmed officially by the church as the word of God. What church body vets and affirms the “revelations” of experience? Presumably, based on the illustrations Johnson puts forward, that affirmation comes when the church in general comes to believe over time that a particular perspective is true. But history is full of times when the church as a whole or some authoritative body of the church got it wrong. The Reformation came about because the Catholic Church had lost its way in understanding the Gospel. The Wesleyan revival came about because the Church of England had substituted ritual for discipleship and forsaken its mission to the least and the lost.

Furthermore, it is circular thinking to suppose that the “fallible” teachings of Scripture can “create the [infallible] mind of Christ in its readers.” Substituting subjective human experience and human discernment for the clear teaching of Scripture (even though judged by some as itself fallible) does not yield greater certainty or confidence in what is being taught. From a progressive point of view, it is trading one fallible source of belief for another.

The Role of the Fall

Johnson’s experiential understanding is that “the way in which God has created us” consists in varying sexual orientations – all of which are good because that is how God created us (and in Genesis 1, God declares creation good). Such an understanding completely disregards the effects of the Fall recorded in Genesis 3. When Adam and Eve sinned, all creation (including human nature) was corrupted by sin and became subject to death. Sexual orientations that do not align with God’s will for human sexuality are in fact symptoms of the Fall. Even heterosexual orientation was corrupted, in that we often express our heterosexuality in sinful and broken ways.

Johnson rejects the premise that same-sex attraction is “a symptom of human corruption.” In so doing, Johnson rejects more than just the commands of Scripture, but the very theological foundation upon which Christianity exists. If human nature was not corrupted by sin, there is no need for a Savior, and consequently Jesus’ death on the cross becomes pointless.

Johnson states, “we place our trust in the power of the living God to reveal as powerfully through personal experience and testimony as through written texts.” Implicit throughout the article is the notion that God’s self-revelation continues today through the lives and stories of God’s people. And that new revelation can contradict or even negate the teaching of Scripture. This idea is known as “continuing revelation” or an “open canon.” Its understanding is that the Bible is not God’s last word on who he is and what his will for humanity entails. Instead, God’s revelation of new truth continues even today, and the authority of such new revelation is equal or superior to the authority of the Bible.

(This idea is found in Adam Hamilton’s Making Sense of the Bible, where he says, “a key premise of this book is that the Bible’s authors were inspired by the Spirit in the same wayand to the same degree as many contemporary preachers and prophets and even ordinary Christians have been inspired by the Spirit in every age. … I believe the inspiration experienced by the biblical authors was not different from our own experience of inspiration” (p. 294 – emphasis original)).

Johnson uses the example of how the New Testament reframed the teaching of the Old Testament in light of the experience of Jesus Christ. “Indeed, the New Testament compositions owe their existence to the struggle to resolve the cognitive dissonance between a set of sacred texts that appeared to exclude a crucified messiah as God’s chosen one (‘cursed be everyone who hangs on a tree,’ Deuteronomy 21:23) and the powerful experience of Jesus’ new and exalted life as Lord through the Holy Spirit. … In this interpretive struggle, brave witnesses like Paul refused to force their experience of God in Christ into the frame of their previous understanding of Scripture. Instead, they followed the witness of the experience of God in Christ among them, and in light of that experience began to reread and reinterpret all of their Scripture as prophecy that disclosed Christ in ways they had not perceived before – and could not have perceived before.”

There is no question that the coming of Jesus as Messiah into the world changed everything. Yet it was not the disciples’ experience of Jesus, but it was Jesus himself who revolutionized his disciples’ understanding of the Old Testament. Jesus “taught as one who had authority, and not as their teachers of the law” (Matthew 7:29). Jesus spoke (at minimum) as a prophet, one who had unique authority to speak a message from God. And through his resurrection, Jesus proved that he was more than a prophet – he was and is the only-begotten Son of the Father (John 3:16-18). In Paul’s words, Jesus “is the image of the invisible God, the firstborn over all creation. … He is before all things, and in him all things hold together. And he is the head of the body, the church; he is the beginning and the firstborn from among the dead, so that in everything he might have the supremacy. For God was pleased to have all his fullness dwell in him” (Colossians 1:15-20).

It was Jesus’ unique authority as Messiah/Christ, Son of God, and Head of the Church that gives him the authority to reinterpret the Old Testament in a new way. No one before or since Jesus has that same authority. For us to claim the ability to receive authoritative revelation from God that supersedes the teaching of Scripture is to claim an authority equal to Jesus, which is sacrilegious. The apostolic authority of the New Testament is based on the claim that those who wrote it were with Jesus and heard his teaching. Even Paul was taught by the risen Christ, particularly during his time in Arabia (Acts 9, Galatians 1:17-18).

Following his resurrection, Jesus commanded us to “make disciples of all nations … teaching them to obey everything I have commanded you” (Matthew 28:19-20). In the Sermon on the Mount, Jesus taught, “Do not think that I have come to abolish the Law or the Prophets; I have not come to abolish them but to fulfill them. … Anyone who breaks one of the least of these commandments and teaches others to do the same will be called least in the kingdom of heaven, but whoever practices and teaches these commands will be called great in the kingdom of heaven (Matthew 5:17-19).

Yes, we have to wrestle with individual commands and passages of Scripture to understand what they meant in their historical context and how they might apply to Christians today living in a very different cultural context. Jesus himself negated the kosher food laws and ceremonial requirements of the Old Testament. As our Articles of Religion put it, “Although the law given from God by Moses as touching ceremonies and rites doth not bind Christians, nor ought the civil precepts thereof of necessity be received in any commonwealth [although such precepts could be instructive to how governments can function]; yet notwithstanding, no Christian whatsoever is free from the obedience of the commandments which are called moral” (Article VI).

I appreciate the irenic spirit and clarity with which Johnson defends his views. These are important ideas that merit serious engagement. More could be said about other aspects of Johnson’s article. This discussion, however, illuminates the deep divide within Christianity and within United Methodism over our understanding of the inspiration and authority of Scripture. This is the real issue that is currently (unfortunately) playing out in concrete ways over our church’s teachings on marriage and human sexuality. We have in fact two very different understandings of the Christian faith that can no longer live together in one church body. We need to recognize this fact and move toward an amicable resolution of this divide through the Protocol of Separation, so that we can demonstrate to the world how the church can resolve irreconcilable differences in a spirit of love and grace.