Getting the UM Church Unstuck 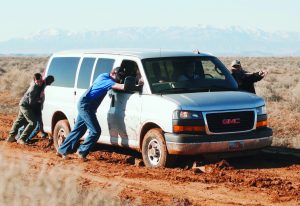 The Judicial Council had to formulate church law (not their responsibility) in order to save the administrative process allowing the church to deal with ineffective clergy and clergy unable to fulfill their duties, after the Council had ruled that process unconstitutional. Bishops that are required to retire under the Book of Discipline cannot retire because their jurisdictional or central conference cannot meet. General, jurisdictional, and central conferences are not empowered to meet virtually in extraordinary circumstances. There is no way to change the quadrennial budget if the General Conference cannot meet to do so. Therefore, the church continues to operate under the 2017-2020 budget, which is obsolete. Certain annual conference officers cannot be elected until after the General Conference meets. These and other decisions await the opportunity for General Conference to meet, and they show how the church is “stuck” in the meantime.

What about the Protocol for Separation?

It would be far better to deal with the big decision on separation early, so that all the other decisions to be made in the future could flow from that one.

These and many other decisions flow from the one big decision about separation. The Council of Bishops envisioned at least some of these decisions taking place in virtual jurisdictional and central conference meetings later in 2021, which now may not be possible. But those decisions would be shots in the dark if we have not decided about separation.

As the Council of Bishops engages in “deep listening” – their phrase – and attempts to discern “a new timeline” leading up to the next General Conference, they should formulate a way for the General Conference delegates to consider and act upon the Protocol at the earliest possible time.

For the church to remain “stuck” for the next three years would present an untenable situation that would contribute to the further precipitous decline of the church in the U.S. and other areas. The longer the delay in acting on the Protocol, the more opportunities for bishops and cabinets to marginalize evangelical and traditionalist clergy and congregations in their annual conferences. We have had several reports that local pastors were discontinued by their district committee on ordained ministry because those local pastors were honest about their intention to align with the Global Methodist Church when such alignment is possible. We have had reports of local churches being closed when they inquired of their district superintendent how much they would have to pay if they decided to withdraw from the church prior to the Protocol passing.

The tenuous truce that currently exists, where no complaints are filed against partnered gay clergy or clergy who perform same-sex weddings, may be jeopardized by zealous progressive proponents victimizing traditionalist clergy and congregations. The longer we put off separating, the more likely the truce will unravel. The original moratorium proposed in the Protocol against the processing of complaints regarding LGBT clergy and weddings was only supposed to last five months until the Protocol was enacted. (Once it is enacted, there is no reason for traditionalists to file complaints, since they will be embarking to a new denomination.) But a five-month truce that turns into four years becomes a much more unstable situation that could jeopardize the spirit of calm that has characterized the past year of the church conflict.

What about Amendments to the Protocol?

With a virtual General Conference, it is possible that there could be limited or no amendments to the Protocol and limited debate on the floor of General Conference. Given that the Protocol has been published and discussed publicly for over a year, it seems that the delegates ought to be familiar with its provisions. Additional communications could be prepared by the Protocol mediation group to further inform delegates of its provisions. A website has been available for over a year, with the Protocol agreement, the proposed legislation, frequently asked questions, and a PowerPoint presentation. They are available in all the official church languages. The resources are there to communicate the provisions of the plan.

There are some who would like to make changes to the provisions of the Protocol. If enough delegates want to entertain amendments, the Commission on General Conference could work out a way to do so. Alternatively, the delegates could decide to postpone action on the Protocol until an in-person General Conference becomes possible, even if it has to wait until 2024. However, the advantages of making the big decision on separation now in order to set the table for all the other following decisions outweighs any advantage that might be gained by the uncertainty of adopting amendments at a future date. Those proposed changes might not pass, and then we would have waited months or years for nothing. The grassroots laity in our church already believes this decision has been postponed far too long. Waiting will only reinforce that perception, no matter the good motives of those who want to postpone it.

Furthermore, the terms of the Protocol were negotiated in very rigorous and conflictual discussions. Each term was the result of a careful compromise between various viewpoints. For a majority of the delegates to change even one of the terms of the Protocol could jeopardize support for the whole package. While no one at the table thought the Protocol was perfect according to their perspective, all agreed that it is the best way to resolve our conflict and allow the church to get “unstuck.”

What about the Money?

Some are concerned that the church might not be able to afford the provision that shares $25 million with a new traditionalist denomination and $2 million with other denominations that might form. While the apportionment income to the general church understandably fell in 2020, the financial provision was negotiated based on the church’s unrestricted reserve funds, not annual apportionments. While we do not yet know what amount remains in the church’s reserve at the end of 2020, the reserve was actually higher at the end of 2019 than when the Protocol was negotiated. We know that many of the boards and agencies received hundreds of thousands of dollars in PPP grants from the U.S. government in 2020. We also know that many of the boards and agencies have cut their staffs in order to adjust to lower expected apportionments in the years ahead.

The $27 million allocated to new denominations is not a “gift” from the UM Church to the new churches, but represents a proportional sharing of accumulated resources that were given by faithful United Methodists over the decades who will now serve the Lord in a different Methodist denomination. The money would be paid over four years, lessening the burden in any particular year. Its primary purpose would be to extend the church’s mission of making disciples of Jesus Christ for the transformation of the world in new Methodist expressions.

There are no compelling reasons at this time to change the financial provisions of the Protocol. And the ability to get the church “unstuck” and moving forward outweighs any potential benefit from having a fight about money on the General Conference floor.

Advantages for Centrists and Progressives

Many centrists and progressives have expressed frustration at their inability to move forward with their agenda for the church. Making the big decision on separation now would enable them to have a majority of the delegates to enact their program at the next in-person General Conference. If the Protocol is not enacted until 2022 or later, they may not be able to make the changes they desire until the 2024 General Conference or potentially even in 2028 (if the Protocol is not enacted until 2024).

Proponents of the Christmas Covenant and the Connectional Table regionalization plan hope to pass changes that would enable each geographic region of the church to govern its affairs in a more semi-autonomous fashion. Because those proposals need a two-thirds vote to pass, it is unlikely they would pass while traditionalists remain in the church. Passing the Protocol now would enable the next in-person General Conference to pass the regionalization plans and secure ratification, so they could be implemented more expeditiously.

Passing the Protocol would allow the centrist and progressive agendas for the church to move forward much more quickly than waiting until the next in-person General Conference. It would also allow the new denominations to form immediately and move forward in the new directions they envision. Most importantly, it would definitively end the theological conflict that is causing the UM Church to be “stuck.” The resulting churches would be truly “unstuck” and empowered to pursue ministry as they feel called by God.

Passing the Protocol is the only way to avoid protracted and expensive litigation, ensure that unfunded pension liabilities will be addressed, and enable the church to move beyond decades of conflict. Our church would be an example to a conflicted world that it is possible to settle disputes amicably and without winners and losers. Jesus said, “Blessed are the peacemakers.” The Protocol is the way to peace in The United Methodist Church.