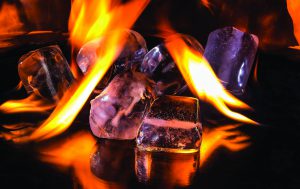 In the Wesleyan tradition, we often celebrate John Wesley’s experience at Aldersgate on May 24, 1738, when he “felt his heart strangely warmed.” And no doubt, had there been no Aldersgate, where Wesley himself came to a profound assurance of his own personal salvation, there surely would have been no Methodist movement. As he recorded in his Journal, “I felt I did trust in Christ, Christ alone for salvation; and an assurance was given me that He had taken away my sins, even mine, and saved me from the law of sin and death.”

But six months later another crucial event occurred in John Wesley’s life. Though often overlooked, it too was indispensable in launching the movement. I like to think of it as the original Methodist Pentecost.

It happened in the wee hours of the morning on New Year’s Day, 1739. Wesley, his brother, Charles, his friend, George Whitfield, and about sixty others, who were members of a group known as the Fetter Lane Society, were gathered together for a New Year’s Eve watch night service. Here’s how Wesley describes what happened:

“About three o’clock in the morning, as we were continuing instant in prayer, the power of God came mightily upon us, insomuch that many cried out for exceeding joy, and many fell to the ground. As soon as we were recovered a little from that awe and amazement at the presence of His Majesty, we broke out with one voice, We praise Thee, O God; we acknowledge Thee to be the Lord.”

This outpouring of the Holy Spirit where, as Wesley says, “the power of God came mightily upon us,” catapulted Wesley outward. It caused him and those gathered there to become other-directed as never before. Up until then Wesley had primarily been absorbed in his own quest for personal salvation. Aldersgate gave him the deep certainty he needed about that. However, as a result of the outpouring of the Holy Spirit at Fetter Lane, his focus shifted. Wesley was thrust out beyond himself so that the salvation of others, particularly those outside the church, became his burning passion.

This shift became evident to all four months later in what Dr. Albert Outler, Methodism’s preeminent Wesley scholar, called Wesley’s “embarrassing descent into field preaching.” Following the New Year’s Day outpouring, his friend, George Whitfield, had begun preaching outdoors in late February. He was amazed at the positive response of the unchurched common people, and the profound way God worked through this unconventional approach to preaching and evangelism. So he told Wesley what he was doing and urged him to follow suit. He even invited Wesley to watch him do it.

But everything in John Wesley — his church background, his academic and ministerial training, his personality type — cried No. He was an ordained Anglican priest and an instructor at Oxford who firmly believed all things should be done “decently and in order.” Preaching was therefore only meant to happen inside a church and from behind a pulpit. Some in the Church of England even maintained that preaching outdoors, or field preaching as it was called, was a violation of civil and canon law.

Wesley himself was certainly not well suited for it. As to personal preference, he was finicky about his personal appearance. He always dressed as neat as a pin and wouldn’t tolerate dirt on his clothing. An introvert at heart, he preferred the quiet of a library to the ruckus of an unruly crowd.

In his Journal entry for March 31, 1739, Wesley expressed his reservations: “In the evening I reached Bristol and met Mr. Whitefield there. I could scarcely reconcile myself at first to this strange way of preaching in the fields, of which he set me an example on Sunday; I had been all my life (till very lately) so tenacious of every point relating to decency and order that I should have thought the saving of souls almost a sin if it had not been done in a church.”

However, in spite of all his reservations, he could no longer hold back. As a result of the outpouring of the Spirit at Fetter Lane, Wesley had been thrust beyond himself. A few days later, on April 2, 1739, he crossed the Rubicon. As he records in his Journal:

“At four in the afternoon I submitted to be more vile and proclaimed in the highways the glad tidings of salvation speaking from a little eminence in the round adjoining to the city to about three thousand people. The scripture on which I spoke was this, … ‘The Spirit of the Lord is upon me, because he hath anointed me to preach the gospel to the poor.’”

When Wesley says he “submitted to be more vile” he really meant it! And from what he said years later we know that he never really liked field preaching. But when the Spirit of the Lord comes upon you like it came upon Wesley and the others that night at Fetter Lane, how can you hold back? How can you not become a witness for Christ and boldly proclaim the glad tidings of salvation?

And what an amazing, Spirit-empowered witness John Wesley became! For the next fifty years he preached all over England in the open air. He travelled some 225,000 miles on horseback, preached 40,000 sermons, won as many as 144,000 converts to Christ and established a vast network of Methodist societies within the Anglican Church.

Wesley was severely criticized, even by family members, for field preaching. Anglican church leaders reprimanded him because he would not respect the established boundaries of parishes. But to no avail. In a famous letter to James Harvey, he explained why he found it necessary to invade the parishes of other clergy:

“Man forbids me to do this in another’s parish: that is, in effect, to do it at all; seeing I have now no parish of my own, nor probably ever shall. Whom, then, shall I hear, God or man? …

“Suffer me now to tell you my principles in this matter. I look upon all the world as my parish; thus far I mean, that in whatever part of it I am I judge it meet, right and my bounden duty to declare, unto all who are willing to hear, the glad tidings of salvation.”

When the Spirit is poured out on us, as it was upon John Wesley, then the whole world will become our parish too. It will be our “bounden duty to declare … the glad tidings of salvation.” As Jesus said, “you will be my witnesses in Jerusalem, in all Judea [our immediate surroundings], and Samaria [across cultures], and to the ends of the earth” (Acts 1:8).

Jesus stressed that this would happen “when the Holy Spirit comes upon you.” So just before he ascended, he promised his disciples he would be “sending upon [them] what [his] Father promised” (Luke 24:49). And in his final instructions he told them to “stay here in the city [Jerusalem] until you have been clothed with power from on high” (Luke 24: 49).

The disciples took his instructions to heart. Their recent failures in abandoning and denying Jesus had made them painfully aware of their impotence to carry out his mission. So this time they did exactly what he said. After Jesus ascended, they went back to the upstairs room in Jerusalem where they were staying and for the next ten days, along with “certain women, including Mary the mother of Jesus, as well as [Jesus’] brothers” they “constantly [devoted] themselves to prayer” (Acts 1:14). Then on the Day of Pentecost, the ascended Christ fulfilled his promise. The Holy Spirit was poured out upon them (Acts 2:1-4).

The ascended Christ wants to send the Holy Spirit on us today so that we too can join him in accomplishing his mission. But for that to happen we must first do what Jesus told his disciples to do. We must wait and devote ourselves to prayer until we are endued with power from on high.

The great Methodist missionary E. Stanley Jones often said that “Unless the Holy Spirit fills, the human spirit fails.” Like the disciples, then, we need to tarry and wait. We need to ask the ascended Christ to send the Holy Spirit upon us to clothe us with power so we can be his witnesses and join him in his mission. We need to devote ourselves to prayer and find others who will pray with us.

As we pray, we should ask Jesus to increase three things in us.

First, ask him to increase our desire for more of himself and more of the fullness of the Holy Spirit. “Before we can be filled with the Spirit,” says A.W. Tozer, “The desire to be filled must be all consuming…The degree of fullness in any life accords perfectly with the intensity of true desire. We have as much of God as we actually want” (The Divine Conquest). In speaking about the Spirit, Jesus himself said “Let anyone who is thirsty come to me” (John 7:37). So let’s ask the Lord Jesus to make us thirsty by increasing our desire for more of the Holy Spirit.

Second, ask Jesus to increase our will to surrender and give up control. Richard John Neuhaus is right: “It is our determination to be independent by being in control that makes us unavailable to God” (Death on a Friday Afternoon). In order to experience more of the Spirit’s presence in our lives, we need to surrender areas where we are insisting on being “independent by being in control.” Where in our lives does self need to be dethroned and Christ enthroned? Are there areas of unhealed hurt and pain where we are holding on to anger, bitterness, and unforgiveness? So let’s ask the risen Christ to empty us of anything that’s preventing the Holy Spirit from being in control. Let’s ask him to increase our will to surrender all to him.

And Christ the Son’s willingness too! He himself told the disciples, “It is to your advantage that I go away … if I go I will send him [the Holy Spirit] to you” (John 16:7). “And see, I am sending upon you what my Father promised” (Luke 24:49).

The heart of the Father longs for us to experience the person, the power, and the presence of the Holy Spirit. And the Son, through his life, death, resurrection, and ascension, has accomplished everything necessary for that to happen. We should ask that our faith and confidence in the Father and Son’s promise to pour out the Spirit on us will increase. 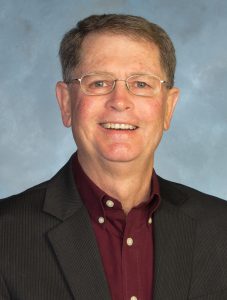 Do we need a personal Pentecost in our own lives? Does our church need to experience another Methodist Pentecost? Then Jesus would say to us, “Wait until you have been endued with the Spirit’s power.” So let us devote ourselves to prayer and join with others in praying that our desire for the Spirit’s fullness would intensify, our surrender to the will of the Spirit would deepen, and our faith in the promise of the Spirit would increase.

Rest assured, if we do, the Holy Spirit will be poured out upon us. And when the Spirit comes, like Wesley we will be thrust out beyond ourselves to join Christ in his mission to the world.

Stephen Seamands is Professor of Christian Doctrine at Asbury Theological Seminary in Wilmore, Kentucky. This article is adapted from a chapter in Dr. Seamands’ recent book, The Unseen Real, published by Seedbed (used by permission).