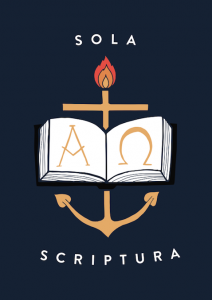 The idea for doing this Protestant Confession first occurred to me while doing research for the book I co-authored with Ken Collins on Roman Catholicism (Roman But Not Catholic: What Remains at Stake 500 Years After the Reformation). One of the big themes of our book is the true nature of catholicism, and the contention that Protestantism, rightly understood, embodies catholic faith at its best. While doing this research I was struck by the fact that a number of Protestant theologians were calling for a recovery and renewal of catholicity. They used different phrases, like “Reformed catholicity,” and “mere Protestant orthodoxy” and others as well. But the essential idea was that Protestants need to recover a deeper awareness of their catholic heritage to be true to the legacy of the Reformers, who very much aimed to preserve and promote apostolic, catholic Christianity.

This notion intrigued me because my research had shown how often Roman Catholic apologists fasten on to the differences among Protestants and paint the Reformation as a movement that led to endless division and factions. The more I thought about this, the more I wondered whether the idea of Reformation catholicism really existed, and if so, what it would look like. Is there in fact substantial catholic unity among the diverse heirs of the Reformation, and if so, shouldn’t we be able to show what this looks like in a concrete way? Or is the notion of Protestant catholicism a mere intellectual abstraction, or worse, an outright contradiction?

As the questions were pondered, the more I realized the 500th anniversary of the Reformation was the perfect time to be doing so. Indeed, I became convinced that one of the best ways we could commemorate the Reformation was to demonstrate substantial Protestant unity in a way that would honor the Reformers’ catholic convictions and intentions.

In January, I wrote to the authors of some of the books who had been calling for a recovery of catholicism to propose the idea of producing a statement that would demonstrate substantial catholic unity among Protestants. I also included a handful of other friends I thought might be sympathetic. I was particularly curious to see if they would be willing to put these ideas into practice, or if they would take the easy way out of declining to specify what Reformation catholicism actually looks like.

I was pleased that the persons to whom I sent my email found the idea interesting and asked for further details of what I had in mind. So I sent a follow up email giving more details and sent it to a few more persons in addition to the original list. One of the persons on that original list was Kevin Vanhoozer of Trinity Evangelical Divinity School (whose book Biblical Authority After Babel: Retrieving the Solas in the Spirit of Mere Protestant Christianity had been one of the books that inspired my idea), and he seemed particularly intrigued by the idea of producing such a Confession. We exchanged several more emails, and he mentioned that if we attempted such a document, that it might be a good idea to have a single author write the initial draft for the sake of consistency of style. I called him up and told him I knew the perfect person to write the initial draft, a man with the necessary theological expertise, experience, and academic stature, namely, Kevin J Vanhoozer. Prior to this conversation, we had never talked before, and knew each other only by reputation. Kevin naturally had a lot of questions, and was hesitant, but the more we talked, the more excited we both got about the possible good such a Confession might do if we could pull it off. Before we ended our conversation, Kevin had agreed to write the initial draft.

Together, we drew up a list of notable systematic and historical theologians from various Protestant traditions who we hoped would be responsible to critique the initial draft and work together to revise and rework the Confession in language we all found agreeable. We were delighted with the very positive responses we got to our invitation and the enthusiasm for what we had proposed to do. By the middle of February, our Committee was essentially complete and the process of producing the Confession was underway.

We were also very much encouraged by the enthusiastic support of David Dockery, President of Trinity International University, who has been on board with us from the beginning. We were delighted when Timothy Tennent, President of Asbury Seminary, and Timothy George, Dean of Beeson Divinity School (who we affectionately call 1 and 2 Timothy) agreed to serve as co-chairs of the Steering Committee. After this, everything came together to give us a chance to achieve what we had hoped when we first conceived the idea for our Reforming Catholic Confession.

Working on the Drafting Committee of the Confession was one of the great ecumenical experiences of my life. Kevin’s original document was subjected to extensive criticism and went through two rounds of revision at the hands of the committee. We corresponded by email, and the critical comments and constructive suggestions totaled some sixty single spaced pages between the two rounds of revisions. The spirit of mutual respect and cooperation was remarkable throughout, especially when we dealt with difficult issues that had divided the Reformers, and remained points of contention between our various traditions, such as the sacrament of the Lord’s Supper. It was very gratifying to see Pentecostals and Lutherans, for instance, working together collegially to find language we could all agree upon. And Kevin as the lead author modelled throughout what a world class Reforming Catholic theologian looks like as he graciously and expertly incorporated the many suggestions coming his way.

Of course, the final document does not fully express the views of any of the traditions represented. Still, it was very encouraging that we could find substantial common ground even on contested issues historically fraught with controversy. The issue for our document is not, “does this say everything you would prefer?” but rather, “can you agree with us thus far?” And again, the ground of common agreement is both robust and rich. The Confession makes no pretense of eliminating all our differences, nor does it aim to replace the official doctrinal confessions of our various churches.  But it does show that the diverse heirs of the Reformation who follow the principle of sola scriptura (scripture alone is our final authority for doctrine) are deeply united on core Christian doctrine. And that is cause for celebration as we mark the 500th anniversary of those epoch-making series of events that we call the Reformation.

Jerry L. Walls is a Scholar in Residence and Professor of Philosophy at Houston Baptist University. He is the author of Hell: The Logic of Damnation; Heaven: The Logic of Eternal Joy; Purgatory: The Logic of Total Transformation. Additionally, Dr. Walls was the author of The Problem of Pluralism: Recovering United Methodist Identity.
Art by Scott Erickson (scottericksonart.com).