Commission to Meet Amidst Growing Divide

The Commission for a Way Forward will gather for its fourth meeting in Chicago, July 19-21, as it searches for a way to break the impasse in an increasingly divided church.

According to a press release, the 32-member commission indicated after its early April meeting in Washington D.C. that, “it was leaning toward a simpler structure with clearer processes for decision-making and accountability for The United Methodist Church in its mission to make disciples of Jesus Christ.” 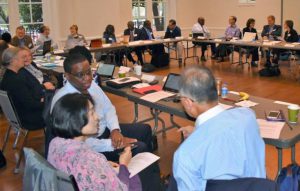 However, the commission will gather for its fourth meeting as United Methodism continues absorbing a number of major developments impacting the 12.7 million member, global denomination.

Since the last time the commission met, the church’s Judicial Council (its “Supreme Court”) handed down a ruling that left Bishop Karen Oliveto, openly lesbian and married, as the leader of the Mountain Sky Episcopal Area. That was in late April. 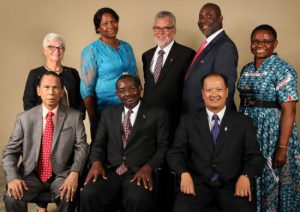 However, the Council’s decision made it clear that the consecration of a bishop found to be in a same-sex marriage is a violation of church law. Outstanding complaints were filed against Oliveto in August of 2016, but nearly one year later the Western College of Bishops has offered no word on their disposition. (The Council just recently rejected the Western Jurisdiction College of Bishops’ request to reconsider part of its April decision.)

The Council’s decision and the outstanding complaints have kept Oliveto’s episcopal leadership under a cloud of controversy. Some individuals and congregations have reduced or stopped contributing to the Rocky Mountain and Yellowstone Annual Conferences that she oversees. The latter recently reported it is in the midst of a financial crisis.

Also, since the commission’s last meeting, two large churches in Mississippi – The Orchard (Tupelo) and Getwell Road (Southaven) – have officially exited the denomination. Their exits come amidst growing reports that some local churches are withholding apportionments from a denominational hierarchy that appears increasingly conflicted and unable to enforce its own standards.

Since the commission’s meeting in D.C. it has solicited and received input from various North American advocacy groups, denominational leaders of boards and agencies, large church pastors, and seminary students. (There is a group on the commission attempting to gather input from United Methodists outside the United States, but that data has not yet been presented to the commission.)

“The United Methodist Church’s decades-long attempt to silence our voices and to destroy our community and culture have proven that LGBTQ lives are not valued in the least,” wrote leaders of Love Prevails, a leading LGBTQ advocacy group. “The only proper and Christian corrective to the unjust and prejudicial treatment our people have received at the hands of the United Methodist Church is the full and complete removal of all language in the Book of Discipline which categorically discriminates against LGBTQ people“(emphasis included in original).

The newly formed Wesleyan Covenant Association wrote to the commission, “We affirm the ways all persons are welcomed into our church in a graceful and biblical way. Our United Methodist Book of Discipline presently affirms LGBTQ+ persons as people of sacred worth, deserving to receive the full life of grace which the church provides.” 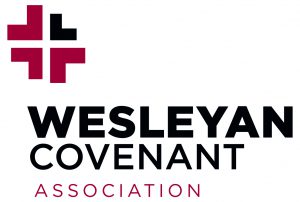 , its long held teaching that marriage is between one man and one woman, and it added, “The UM Church today is a deeply divided church where we often use the same words, cite the same Scriptures, quote the same Wesley Sermons, and pledge fidelity to the same Discipline; but we are talking about VERY DIFFERENT expressions of Christian faith. We disagree in basic beliefs and practices, with no real means of accountability, which makes our covenantal relationships untenable. We are no longer one church” (emphasis included in original).

This November the Council of Bishops (COB) will receive an interim report from the commission, and the report will likely include at least the outlines of a plan for the bishops’ preliminary reflections. 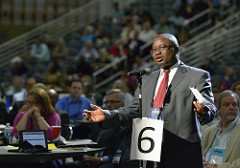 The commission is expected to submit its final proposal for a way forward to the COB in April 2018. The COB has the right to modify it, but it must publicly release a proposal no later than July 4, 2018, so the delegates slated to attend the called 2019 General Conference have time to give it their due consideration.

Unless two-thirds of the delegates decide otherwise, the plan, amendments to it, or alternative plans will be the only item of business for consideration. While there is no groundswell of support for any particular plan for breaking the impasse, United Methodists across the theological spectrum do seem to agree that failure is not an option at the called 2019 General Conference.