Wrestling with Budget After GC2020 Postponed 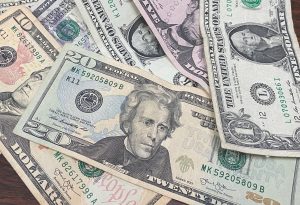 The pandemic-forced postponement of General Conference has left United Methodist financial leaders with big questions about the denomination’s budget.

The General Council on Finance and Administration board spent much of a March 27 teleconference grappling with how to act within the bounds of church rules while recognizing the new economic realities caused by COVID-19.

The board was dealing with the unprecedented situation of needing to set 2021 apportionments — that is, requested giving from conferences — before the denomination’s top lawmaking assembly can adopt an apportionment formula for the 2021-2024 general church budget.

Ultimately, a majority of GCFA board members decided they had no choice but to extend into 2021 the apportionment calculations approved by the 2016 General Conference.

A majority also voted to request that the Judicial Council, the denomination’s top court, rule on whether the board’s action was in keeping with church law. Neither voice vote was unanimous.

Rick King, GCFA’s chief financial officer, told the board that whatever apportionments the next General Conference sets would apply retroactively to the start of 2021. General Conference organizers are looking at rescheduling the event for next year.

“What we are trying to do now is to make sure there is some budget in place so the general church can continue,” King said.

“A continuing resolution usually operates at the same rate as the previous year,” Ow said. Still, a number of board members expressed concern that using the higher apportionment base rate approved in 2016 would make the board look out of touch in a health crisis causing rising death, unemployment and canceled worship services around the globe.

“I’m thinking of how this increase in the base rate will significantly impact our annual conference ministries,” said the Rev. Dustin Petz, GCFA board member and chief executive of the Kansas Area United Methodist Foundation.

“As this goes up, their ability to do ministry in their conferences will go down, which is where I think there is a tremendous need, given our current state of pandemic.”

Vasanth Victor, a board member from the Greater New Jersey Conference, echoed that concern. “This is just an unreasonable burden to put on annual conferences,” he said. “And it’s just going to make them unable to pay so they won’t pay.”

The GCFA board already was planning to submit to the next General Conference the smallest denominational budget in more than 30 years.

Petz moved that GCFA request apportionments based on the reduced base rate it was proposing rather than the significantly higher rate the 2016 General Conference previously approved. That motion did not pass.

The sticking point for a number of board members was whether GCFA had the authority to request apportionments using a formula General Conference had not yet approved.

Bryan Mills, GCFA’s interim general council, told the board he and his team searched through the Book of Discipline, the denomination’s policy book, and Judicial Council decisions for guidance.

“We have found nothing that addresses what happens if General Conference fails to meet in the year it was originally scheduled,” Mills said. “There is complete silence.”

However, he added, the Judicial Council has consistently ruled that neither General Conference nor annual conferences can delegate their budget authority to some subordinate group to make decisions on an interim basis.

“We don’t see how we as GCFA could have any authority to do something different than what the General Conference has already decided,” Mills said.

“Unfortunately, it’s not maybe what we want to do or what we believe is reflective of reality. But it’s our conclusion that this is the most viable option and hopefully most consistent with the (denomination’s) constitution.”

Mary A. Daffin, a lawyer and a Texas Conference chancellor, agreed with Mills. As chair of the board’s Legal Responsibilities and Corporate Governance Committee, she made the motion for the Judicial Council to rule on GCFA’s actions.

She also acknowledged some trepidation in going to the Judicial Council. “When I am in the courtroom, I do not like to ask a question I do not know the answer to,” she said.

The Rev. Moses Kumar, GCFA’s top executive and a licensed local pastor, told the board that general church agencies and other denomination-wide ministries were already preparing for the coming reductions. This year, most church agencies are budgeting for a 70 percent to 75 percent apportiment collection rate.

Bishop Mike McKee, GCFA board president and leader of the North Texas Conference, also assured the board that GCFA’s communications to conferences will recognize the ongoing pandemic and the greater needs conferences face.

“We’re going to say what needs to be said,” he promised, “so it doesn’t look like we’re in another universe.”