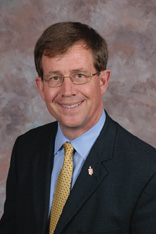 I have argued previously that our current crisis stems from the principled disobedience of clergy, bishops, annual conferences, and a jurisdictional conference and that we must now craft a new form of unity for Wesleyan Christians. There are several possibilities, including this one.

The “Uniting Methodists” group includes some seasoned and trusted leaders of our denomination. Unfortunately, they have chosen not to give the details of their proposals and to address how they would actually work. Perhaps their group is too diverse to agree on these at this time. That is unfortunate because we are only nine months away from the deadline for petitions to the special session of General Conference. At this stage of the discussion, proposals should be more fully developed. We are running out of time for deep analysis of serious proposals.

Another possibility is that leaders don’t want to disclose the ramifications. Some leaders in the moderately progressive part of our church believe that we need small steps like these because in the next 10 years the UM Church will become fully inclusive of LGBTQIA persons. They privately see these proposals as gently leading the church toward a conclusion they regard as both inevitable and correct. Thus, these are not stable plans for unity but transitions toward a progressive church.

Because our conversation is so important, I think two ramifications of these proposals should be named, whether or not members of the group are aware of them. Combined, they mean that their proposed new form of unity is diocesan Methodism.

The AC Option proposal would mean the end of itinerant general superintendency. Bishops right now are able to serve any episcopal area in their jurisdiction because all make sacred promises to uphold our discipline and to maintain our doctrine. Under the AC Option plan, there would be wide differences between bishops and their practices regarding homosexuality. Each bishop would have to declare his or her willingness to ordain and appoint LGBTQIA persons or not do so before an assignment to an area could be made. The most likely way to handle this is to copy the Episcopal church where each diocese elects their own bishop who serves them until retirement. Each diocese would then set its own bishops’s salary and pay its own episcopal office expenses. We would then need a general church Episcopal Fund only for Central Conferences unless the diocesan model applies there as well.

The Clergy Option would end itinerancy. Currently, all pastors are committed to preaching and maintaining United Methodist doctrine and obeying its discipline. We welcome a spectrum of interpretations but there are clear limits. For example, no United Methodist pastor can in principle refuse to baptize infants. No United Methodist pastor can in principle reject the ordination of women. We are committed to open itinerancy without regard to race or gender. Allowing an option about performing same-gender marriages means every local church would have to clarify whether they wanted a progressive or traditionalist clergy (on the issues of homosexual practice) appointed as their pastor. Coupled with the AC Option, each local church would have to specify if they were open to someone without regard to sexual orientation and gender identity. The best solution to this also comes from the Episcopal Church where each congregation chooses its own rector and the bishop has much more limited influence in the process.

Assuming the constitutional issues can be solved, (see para. 19) I welcome a debate about whether a diocesan polity is the best new form of unity we can devise. Thanks to the Uniting Methodists for putting such a bold idea on the table.

Scott Jones currently serves as the resident bishop of the Texas Conference of the United Methodist Church with his office in Houston. This editorial originally appeared at extremecenter.com and is reprinted by permission. Bishop Jones’ most recent book is The Once and Future Wesleyan Movement (2016).