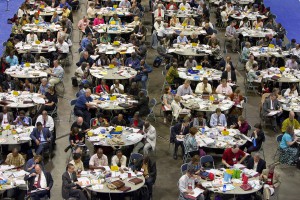 With the 2019 called General Conference looming, it is time to address the risks posed to our United Methodist polity as a peculiar articulation and preserver of the one, holy, catholic and apostolic church.

The United Methodist Church is set up as a conciliar catholic church – the only one I know of. This means that, in our polity, the highest earthly authority is not bishops. While the bishops gather in what they call a council, that council is not our highest authority. Rather, the highest authority in The United Methodist Church is a particular regular lay and clergy council, which we call General Conference.

Our catholic council, General Conference, is the instrument of unity in our polity. It is instituted to preserve unity of teaching and practice among the people called Methodists. It is where we decide “what to teach, how to teach and what to do.” This is not a faux unity that in practice allows people to conform what they believe and how they behave to the forces within their particular time, place, and ethnicity. And every culture and era has its principalities and powers.

We hear a lot about contextuality, as though it were an unquestionable good. This rhetoric tickles contemporary ears, but it has a mixed track record in history. There are legions of examples in the modern era alone where churches have accommodated to the evils of their times and cultures, deforming the gospel. “Contextualization” of the Discipline of the Methodist Episcopal Church allowed for slave holding in the American South beginning in 1808, as well as the acceptance of racist segregation in the name of “unity” for the formation of The Methodist Church in 1939.

Resistance to the pressures of time and context is hard. But resistance is essential if a 2,000-year-old revelation of the Word in flesh is to be passed on to our children for their salvation. The good news is that our instrument of unity, a catholic, global General Conference, disciplines us to contend with one another cross-culturally for the truth of the One God, and to preserve the faith “believed at all times, in all places, by all peoples,” as Vincent of Lerins wrote.

Bishops in our polity hold an itinerant office. They are responsible for Word, sacrament, and order in the church as elders, but not as a separate order from other elders. Their office is an extension of, and attached to, the office of elder. They are not Lords of the Church or princes of a diocese. They cannot speak for the church, even ex cathedra. Their authority comes from the General Conference to do a particular job. They are sent forth as officers to hold members and congregations and annual conferences accountable to the doctrine and discipline established by our catholic council, the General Conference. In their apostolicity, their duly sent-ness, (apostello means “to send”), they visibly connect Methodists across space and culture to the General Conference, not to themselves.

Through an extraordinary procedural move at our 2016 General Conference, a group of bishops, aided by some influential pastors, managed to prevent the will of General Conference for corporate discipline from being articulated. By an appeal to “unity,” they were able to get a plan passed to transfer the power to mediate conflict in our church from our instrument of unity (the General Conference) to themselves, a less catholic, less accountable (thanks to jurisdictional divisions) group with no intrinsic authority to resolve such issues.

Given what the bishops have indicated, they are likely to propose in 2019, the temporary authority they managed to acquire in 2016 seems to have encouraged more presumption of authority. Anything like what could have passed General Conference in 2016 (the avoidance of which was the reason for their maneuvers) looks unlikely to come from the council of bishops. That alone should give the church pause. Should General Conference accept any proposal from the bishops other than, perhaps, a proposal that bishops uphold their vows to enforce the doctrine and discipline discerned through general conferencing, the General Conference will have demoted themselves and elevated the council of bishops to a position in our polity it was never intended to have.

Though many bishops do not realize it, if they are successful in pushing through either of the plans they have said they are seriously considering, they will undermine the conciliar and catholic nature of our church, thereby unraveling the very logic of Methodist ecclesiology. The catholic council for United Methodists, General Conference, will be impotent for anything that matters. “What to teach, how to teach, and what to do” will become a regional, local, even individual concern.

The irony is that this is all being done in the name of “unity.” In practice we will have divided the church into congregations or regions or ideologies, while crying “unity, unity,” where there is no unity. Definitive for being “United Methodist” will be where you live and who is your bishop. That is not unity. That will only accelerate the forces of tribalism and atomization. Our connection will, at most, be to our bishops, who, despite the rise of their council’s status, will de facto be subject to the whims of culturally captive conferences or congregations.

We will not be a catholic church. The global nature of our discernment of the Spirit will, for practical purposes, be at an end. We will not be a conciliar church. Our council, the General Conference, will be a pageant. General Conference will no longer be where we do the difficult work of cross-culture discernment, will no longer have authority for the global church, and will no longer bind us together. We will have rendered useless the instrument of United Methodist unity.

Our name will be rhetoric with no content. We will be neither United nor Methodist. More crucial though, we will have surrendered our claim to be “Church.” All Nicene marks (one, holy, catholic and apostolic), as historically interpreted by Methodists, will have been obliterated in a new United Methodism.

Scott Kisker is Professor of Church History and Associate Dean 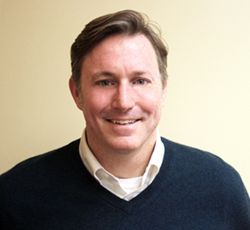 of Masters Programs at United Theological Seminary in Dayton, Ohio. He is the author of Mainline or Methodist? Recovering Our Evangelistic Mission (Discipleship Resources) and is one of the contributors featured in Holy Contridictions: What’s Next for the People Called United Methodists (Abingdon).