Statement From the Good News Board 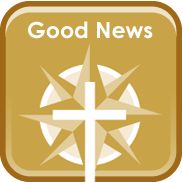 The following statement was adopted by the Good News board following the recent election of a married lesbian as bishop and the actions of nine annual conferences refusing to conform to the Book of Discipline.

The United Methodist Church faces a constitutional crisis.  Nine annual conferences and two jurisdictional conferences have pledged non-conformity to our church order and polity.  This rebellion has now culminated in the election of a married lesbian clergyperson as bishop, contrary to the requirements of our Book of Discipline. These schismatic actions have ruptured the unity of the denomination.   Without swift and decisive action by the Council of Bishops and other leaders, it may be impossible to restore that unity.  This rebellious behavior ignores the adoption of legislation at General Conference in May 2016 that called for a pause in all “legislative solutions” regarding the church’s historic position on human sexuality to make space for a special commission appointed by our bishops to consider the future of the church.

Accordingly, we urge that:

We strongly believe that those individuals, annual conferences, and jurisdictions that are acting contrary to our church order and discipline are promoting and causing separation in the body. Whatever our points of disagreement, it is these defiant actions that are bringing about division and separation, not the disagreements themselves.

Years of increasingly wayward actions have caused deep anguish and pain among orthodox and traditionalist United Methodists. These actions have caused thousands of our members to leave the UM Church for non-denominational bodies, precipitated the departure or early retirement of effective clergy, and prevented the calling of new young clergy who see no future in a denomination that is plagued by constant fighting and a disintegrating connectional polity. We have been forced to try to explain to potential members why the actions of a minority do not represent the teachings of the church and yet are permitted almost without consequence. Plummeting morale among clergy and lay leaders alike and the accelerating decline of our church membership and attendance have created in some parts of our connection a sense of helplessness and hopelessness.

Faced with this crisis, many of our laity and even some clergy and entire congregations are reconsidering their membership and participation within The United Methodist Church. Some congregations and many laity will no longer find it possible to financially support a church that has intentionally violated Scripture and our covenant, with potentially devastating impact on the global church, annual conference ministry, and even local church ministry. We have heard from those who plan to redirect or delay their apportionments to no longer support the Episcopal Fund, out of which bishops’ salaries and expenses are paid. Others plan to redirect or delay most or all general church apportionments, and some in affected annual conferences are redirecting or delaying annual conference apportionments as well. We have also heard from laity who plan to stop supporting their local church financially until such time as they can be assured that their tithes and offerings are not going to a disobedient denomination.

We plead with the Council of Bishops to act swiftly and decisively to quell this growing crisis. We appeal to all United Methodists to pray earnestly that God will open the way for a return to connectional faithfulness and a renewed commitment to scriptural holiness in the personal and social dimensions. We commit ourselves to stand strongly on the foundation of God’s holy word and to work with like-minded brothers and sisters in the United States and in the global church to lead the way to a faithful future.