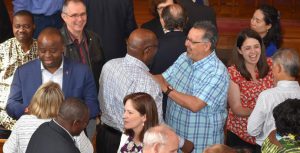 Of the 99 petitions submitted to the special called General Conference in St. Louis on February 23-26, 78 have been cleared to be considered by that body. This includes all the main plans and proposals that have been under consideration.

A special called session of General Conference can deal with only those matters that are part of the call. In this case, the call was for the purpose of “receiving and acting upon a report from the Commission on a Way Forward based upon recommendations of the Council of Bishops.” A May 2018 Judicial Council decision clarified that “It is the obligation of the General Conference to determine, in the first instance, through its committees, officers and presiders, acting in accordance with The Discipline and the rules and procedures of the General Conference, whether any such petition is ‘in harmony.’ However, business not in harmony with the purpose as stated in the call is not permitted unless the General Conference by a two-thirds vote shall determine that other business may be transacted” (Decision 1360).

The Commission on General Conference assigned the Committee on Reference the responsibility of determining which of the 99 petitions are “in harmony” with the call and thus able to be considered. That committee met January 11-12 and made its determination.

All of the 48 petitions related to the three plans submitted by the Commission on a Way Forward are “in harmony.” This includes the One Church Plan, the Connectional Conference Plan, and the Traditional Plan.

Of the remaining 51 petitions, one was ruled invalid because of technical errors. 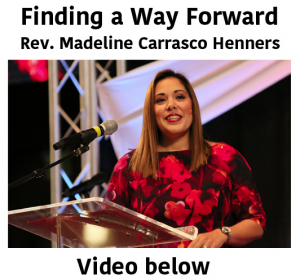 In order to be “in harmony,” the committee said the petition needed to meet at least one of three criteria:

1)     submitted by the Commission on a Way Forward (COWF)

2)     the content of the petition directly addresses inclusion or exclusion of LGBTQ persons, or

3)     the content of the petition seeks to correct or perfect COWF plans for the continuing existence of The United Methodist Church.

Of the remaining 50 valid petitions, 30 were found to be “in harmony” and thus able to be considered by the General Conference. These include the following general areas:

In addition to the above petitions, five petitions providing for different pathways for congregations to exit from the denomination with their property were also declared “in harmony” and will be considered. A future article will review the various exit plans.

Based on criterion #3 above, two petitions that provide a mechanism for an amicable separation that would dissolve The United Methodist Church and create two or more new churches was declared “not in harmony” and will not be considered. It would require a 2/3 majority vote to consider these petitions. Such a 2/3 vote would also be required in order to pass the proposal for amicable separation, so if it comes to that point, it would still be a viable alternative with the backing of a supermajority of the delegates.

The good news is that all the petitions that the Renewal and Reform Coalition believes need to be considered are able to be considered. The General Conference will be able to fairly evaluate many different options for resolving the church’s conflict and creating a way for the church to move forward with vitality and faithfulness.

The Renewal and Reform Coalition is supporting the Modified Traditional Plan, which maintains the current biblically-based teaching of the church regarding human sexuality, marriage, and ordination. It contains enhanced accountability provisions that would help move the church in the direction of greater unity of belief and practice in these matters. It also provides for a gracious exit for annual conferences, local churches, bishops, and clergy who cannot in good conscience agree to abide by the church’s teachings and requirements.

The Modified Traditional Plan will require a number of amendments to bring the plan into compliance with Judicial Council Decision 1366, which ruled certain parts of the plan unconstitutional. These amendments are in development and will be released publicly soon, in order to give delegates a chance to digest them prior to arrival in St. Louis.