Opinion: The temptations of division and unity 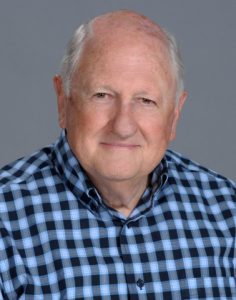 The 21st century infighting about marriage, sexuality, and the Christian faith are obviating the relatively unrelated mistakes of the 20th century. That is the century when we lost membership and attendance inside the institutional church, and muscle at the “table of the public square.” Either cobbling together some modicum of ecclesiastical unity or separating into two denominations will be a sheer travesty. We have been down both roads before — division and unification. Neither option made us stronger in the past nor will it in the future.

Because some spoke German and some spoke English, we divided over language at the inception of “the people called Methodist” in America. We voted to divide over polity in 1792 and 1828, resulting in The Christian Church and The Methodist Protestant Church. We voted to divide over racial issues in 1816, 1820, 1843, and 1867, resulting in the African Methodist Episcopal Church, the African Methodist Episcopal, Zion Church, the Wesleyan Methodist Church, and the Colored Methodist Church (re-named “Christian” in 1954). We split over doctrine in 1894, and around 1900 resulting in the Nazarene Church, the Assemblies of God, and the Church of God of Anderson, Indiana.

The Price of Ecumenism

The magnificent obsession of the 20th century for Methodist was ecumenism. The “evil” of that Christian generation was denominationalism. The mood was “unification or bust”! This tunnel vision either caused or allowed Methodism to ignore the infamous “Fundamentalist-Modernist” controversy that raged in the 1920s.  We ignored the rise of the Bible College movement. We had a condescending posture toward Fundamentalism that come home to haunt us when they took the campuses by storm in the late 20th century with the result that we lost thousands of “our children” who went to college and never came “home again.”

Seminary homiletics prior to 1968 taught topical preaching rather than biblical sermons. So much of their content was what Dr. William Abraham has called “doctrinal pablum or moralistic platitudes.” He also coined the term “doctrinal amnesia” which made the Methodist delegation embarrassed at the negotiations for EUB-Methodist merger. We had long ignored Wesley’s sermons and the “consensus Fidelium” of early Methodism. The holiness doctrine and perfecting grace were virtually embarrassing to denominational leadership after the “come out” and “put out” controversies of the late 19th century that resulted in the formation of the Nazarene Church. The Article on “Sanctification” was salvaged only by the Methodist Protestant Church in the unification of 1939. Article XI of the EUB “Confession of Faith” also articulated the “experimental divinity” of sanctification. We even neglected our social justice obligation in the Great Depressions because most of Methodist passion was for unifying three churches to form, in 1939, The Methodist Church.

In the 1950’s and especially in the turbulent 1960’s the Evangelical United Brethren and The Methodist Church engaged little in the social revolution occurring in United States society. They were deeply involved in merging their churches. This was accomplished in 1968, but with the EUB conferences, the merger was approved with only a 3 percent margin over the required 2/3rds. The Methodists had 10.2 million members, fourteen times more than the EUB’s. With the new name, The United Methodist Church, some towns in Pennsylvania, Ohio, and Indiana had two churches of the same denomination across the street from one another. Some sociological studies have revealed that the driving force behind both religious bodies was the conviction among their leaders that denominationalism was a sin!

There was no discussion of theology in the EUB-Methodist merger! They were obsessed with ecumenism. The EUB people lost the most sense of “brand.” The United Methodist Church has lost members every year of its existence. Some wag has written, rather accurately, that The United Methodist Church is “a mile wide and an inch deep.” The new church has been “vanilla.” By the 21st century, almost no United Methodist could engender in their children what they believed! Therefore history will record that the price of ecumenism was high — the loss of identity.

The Loss of Churches of Small Membership

The genius of Methodism was its following of English speaking people movements. The United Brethren and Evangelicals did much the same as Germans moved west. Rural churches became the center of communities as people named their roads, and often their “one room schoolhouses” or post offices. Many were served by clergy who pastored several churches in different communities, linked only by their denominational names.

Historically, Methodist, United Brethren and Evangelical preachers were appointed to a “territory” to be evangelized rather than a congregation to be belittled.  The rural parishes were seen in most seminary classrooms as cultural “back eddys.” By the pre-World War II years, the “Town and Country Movement” recognized the chasm between the seminary classroom and the rural parish. Unfortunately, the result of their prodigious effort was the seminary appointments of faculty whose doctorates were in Rural Sociology. They had keen insights about the plight of rural America, but offered little help in effective evangelism, education, missions, and worship! Rather than identifying with their communities, seminary graduates saw the rural church as a stepping stone to a more theologically sophisticated “city church.”

In 1961, Gibson Winters wrote an important book that suffered benign neglect, The Suburban Captivity of the Church. Not only did we lose our influence in the “country,” but also in the blue collar mill and coal mine villages, but also in the inner cities near the behemoths of industries such as automobiles and steel. Once these were the seedbed communities in the legacy of Wesleyanism, but with every passing decade, our presence and witness dwindled. Our pastors did not stay long enough to effect social justice systemic change.

A book that should be re-read in every generation is Faith and Nurture, written in 1941 by Dr. H. Shelton Smith, Professor of American Protestant Thought at Duke Divinity School. He traces the history of Christian Education as the emergent priority of liberal Christianity, replacing both evangelism per se and missions with any modicum of evangelical content. Smith wrote, “From the standpoint of popular interest, religious education eclipsed every other project of the churches.”

Then, as a voice crying in the wilderness, Smith dismantles the theological premises of what was pointedly called “religious education,” not “Christian education.” A quote from the prestigious and widely read periodical, Religious Education, in a 1928 article was only one of many documentations Smith provided regarding the “takeover” of religious education from previous mainstream Protestant agendas: “Perhaps nowhere else than in religious education can we see more clearly the direction in which religious thinking is moving.”

George A Coe, a Methodist, was a disciple of John Dewey, the father of philosophical progressivism, and the “godfather” of public school education. The emerging professional on large church staffs was not a “D.C.E.” (Director of Christian Education) but a “D.R.E.” (Director of Religious Education). The shapers of the church’s nurturing ministries deliberately removed the word “Christian” from staff titles. All too few people noted the difference as important, but it was! Indeed he, and several generations after him, chucked the term “Sunday School” and created the term, “Church School.” This meant that “Vacation Bible School” became “Vacation Church School” and the “Sunday School Superintendent” became the “Church School Superintendent” and finally, in 1968, was relegated to an optional position and called “Superintendent of Study.” The person who had been the “backbone” of small membership churches on circuits was moved from the “sidlelines to offline.”

Reflecting on the quote, “We are making religion anew … as Jesus made it,” Smith opined, “In this view, the value of the Bible lies chiefly in its power to stimulate a religious quest that will result in the creation of spiritual norms that transcend those embodied in the Bible.” Coe was vehemently opposed to the concept of sudden conversion, the gateway to discipleship that characterized the Second Great Awakening and the phenomenal growth of the United Brethren, the Evangelical Association, and the several branches of Methodism. Dewey made no claim to being a Christian, but Coe, reflecting Dewey’s philosophy, “sharply dissented from traditional theologies of sin and evil” (The Religion of A Mature Mind, by George A. Coe, 1902). He successfully influence editors of Church School literature to deleted any references to the doctrine of original sin, any references to the atonement, and any references, in Sunday School literature, to these basic premises of historic Christian thought.

We cannot devote more space here to the negative effect that “religious education” concepts had on the rise and fall of the Sunday school. George Coe’s philosophy of religion influenced all students majoring in religious education for well over half a century. It was the 1960s before the term “DRE” finally was archived and the term “DCE” came into vogue. As Shailer Matthews put it though, “a faith on the defensive is confessedly senile.” Shelton Smith said it this way: “There is little hope that liberal nurture in its present form can keep religion prophetically alive in our culture.” Using the term “Christian Education,” churches built elaborate and spacious “Educational Buildings” when Sunday school attendance as double that of worship in almost every Protestant Church in America. Culture was a friend of the Sunday school in that most people married young and had three or four children, all of whom were brought to Sunday school every Lord’s Day. As the revival was quietly laid to rest and before confirmation became the norm for joining the church, most churches received most or all sixth or seventh graders into membership. In 1955, seven of eight new members in The Methodist Church came through the Sunday school. Again to quote Smith: “Liberal nurture is feeble because it is rooted in a sub-Christian gospel. Educational evangelism has no adequate evangel.”

A cover story of LOOK magazine in 1957 exposed the faultline of liberal religious nurture in a long story entitled, “Sunday School — most wasted hour of the week?” The Church School editorial boards, literature writers, and most clergy went ballistic! The article, however, was based on the raw data from hundreds of interviews in several mainline denominations. To a simple battery of questions about biblical content or doctrinal beliefs, people who had been to Sunday school for decades were found to be biblically and doctrinally illiterate. Conversations were already underway to merge The Evangelical United Brethren and The Methodist Churches, but the bombshell of the LOOK cover story and its aftermath apparently set off no alarm bells in the merger talks! By 1968, when The United Methodist Church was “born,” the Sunday school decline had become an irreversible trend — a trend that evolved into a virtual stampede. Now thousands of churches have less that 20 percent of the Sunday school attendance they had in the 1950s.

The once popular comic strip “Pogo” had a line whose wisdom could not, and cannot, be denied: “We have met the enemy and he is us.” Or as Shakespeare had Caesar to say, “Men at some time are masters of their fates; the fault, dear Brutus, is not in the stars.” God’s word is clear: “Love thy neighbor as thyself” and the rest is small stuff.