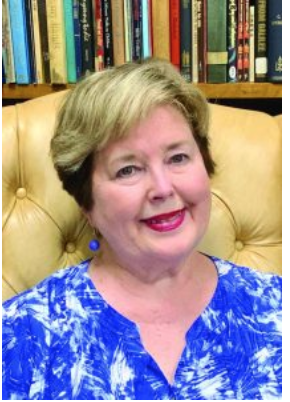 Maybe some of you remember the Andy Griffith show, and if so, you likely remember Otis. Otis had a drinking problem, and whenever he had too much, he came to the Sheriff’s office, went into one of the two cells and slept it off. In fact, he came so often that he knew where the key was. Andy allowed Otis to unlock one of the cells anytime he needed and go on in, even if Andy wasn’t there.

One day, a letter came to the sheriff’s office addressed to Otis. Barney was incredulous! “Andy, why is Otis’ sister-in-law writing him here? This is not Otis’ address!” The two officers woke Otis and questioned him. The letter stated that she and his brother were coming to Mayberry to visit Otis and his wife – that very day!

Otis confessed. One time, when Andy and Barney were out of the office, Otis took a sheet of paper from Andy’s desk and wrote his brother. In the letter, Otis led his brother to think that Otis was now a deputy, working for Sheriff Taylor. Barney was furious!  But Andy listened as Otis explained his reasoning.

Otis answered sheepishly, “I know it wasn’t right for me to do that, Andy, but I don’t know, I’ve always been the black sheep of the family, and it just felt good to change colors.” Otis’ answer seemed to melt the heart of the kind-hearted sheriff.

Maybe you’ve felt like the black sheep before. At home. At your work or place of business. Everyone else seems to have their act altogether, with their bright, happy colors dancing a joyous jig of self-confidence. Being known as the black sheep places a barbed wire fence around your every effort, immediately canceling any good in you as its piercingly sharp edges cut into your skin.

It’s no fun to live under the heavy dark cloak of sin. Or rejection. Or hidden pain. Or low self-confidence. But, how do we change our colors?

Andy decided to make Otis a deputy for the day – for just one day – the day Otis’ brother would be there. Barney didn’t think Otis should be a deputy, and he came right back at Andy with his strong words of judgment. “Now Andy, you shouldn’t do that!”  Barney gave his reasons why Otis should not be made a deputy. He said, “Otis is careless, unreliable, and irresponsible!” To which Andy smiles and responds, “I’m gonna make him a deputy.”

Hear the whine in Barney’s voice. “You’re making the town drunk into a deputy!” In this particular episode, Barney represents the law and Andy represents grace.

In a stern warning about the dangerous way they are currently living, James makes this curious, seemingly out-of-place statement about God: “He gives more grace” (James 4:6). Romans puts an exclamation mark on this thought with “… but where sin increased, grace abounded all the more” (Romans 5:20).

That’s such a strong statement that we want to question if those lines even belong in the Bible. Could it really be true that the God who created you, loved you, and redeemed you will actually measure out his grace gifts to you in proportion to your sins? The more you sin, the more grace he gives? Unbelievable. Only a God like ours.

Listen to Satan’s strong words about your life and mine: He is self-centered, pleasure-seeking, self-indulgent, quarrelsome, spiritually unfaithful, and worldly. You can’t make him a Deputy! That’s us in our dark colors.

Then hear the voice of grace, softly whispering his belief in you: He may be all that, but I’m gonna make him a deputy anyway.

Climb into Otis’ jail cell with him. Wash his feet. Give him clean clothes. Paint his cell in stripes of soothing green and vibrant yellow. Trickle unconditional love in every empty space. Examine Chrysalis Otis as he pushes out the old, spreads his wings, and flies, brilliant splashes of red and purple dancing on his wings.

Watch the Barneys of our world standing on an exalted platform, looking down their noses with disbelief that anything so tainted could become anything so beautiful. But it can. It does. It did. Otis changed colors. You can too.