Between Making Hay and the Dark Night of the Soul 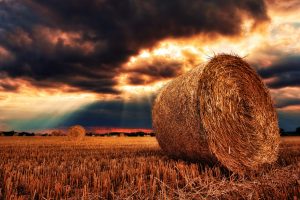 Photo by Johannes Plenio from Pexels.

When things were normal, Summer was a season for seeing people we normally didn’t get to visit much: family reunions in park pavilions or vacation at a camp where we see people we only see once a year.

In a spiritual sense, a similar experience takes place when we explore the dynamic works of Christian men and women from bygone eras and different traditions. Sometimes when the flowering tree is in bloom and the breeze moves slowly under the weight of humidity, we bump into spiritual relatives we don’t see very often.

Imagine a park pavilion with nervous, eager smiles from ecumenical brothers and sisters throughout the ages carrying potato salad and fried chicken for an afternoon’s visit at a family reunion – so to speak. While we arrive with notable and important differences, we have so much to learn and share around the table of Christian faith.

One person around my table would be Ignatius (1491-1556). Sometimes you bump into a distant relative and wonder how you’ve never connected before. Ignatius is that guy. Assuming you have Google, much can be learned about his contributions to Christian thought at a later time. Here, I’d like to briefly sketch an appreciative note on his concepts of consolation and desolation – phrases that might not be commonly used, but they reflect universal experiences common to all believers.

Ignatius defines consolation as “when some interior movement in the soul is caused, through which the soul comes to be inflamed with love of its Creator and Lord.” At the opposite end of the spectrum, he defines desolation as the soul being disturbed and agitated, “without hope, without love, when one finds oneself all lazy, tepid, sad, and as if separated from his Creator and Lord.”

Some wisdom is deep and hard and rich but at the same time feels like good old-fashioned common sense. Ignatius offers that kind of wisdom. It cuts against the #blessed trend, it cuts against cynical pessimism, and it cuts against the insidious assumption that anything we experience in our life must result from our own smarts or stupidity, holiness or hollowness. It is deeply personal without being damningly individualistic.

For Ignatius, the seasons of consolation and desolation are part of the normal paths of the Christian life. There will be times of consolation – when there is a sense of noticeable, personally experienced growth or blossoming, when God’s presence seems close and the means of grace seem easy and quick at hand.

Unsurprisingly, there will also be times of desolation – similar to the “dark night of the soul” – when, whether from wrongdoing, or attacks of the enemy, or times of struggle or challenge, God’s presence seems distant or even simply absent, when our growth seems stalled or the habits that sustain us feel unusually heavy.

Ignatius counsels that in a time of consolation, followers of Christ should practice gratitude; resist self-satisfied pride, by remembering how limited we were during seasons of desolation; capitalize on the presence or abundance of energy available; and determine not to back out on the resolutions we’re making while things are going well, when later they do not. If he had been a midwestern farmer, consolation might be described in part as, “make hay while the sun shines.”

Ignatius also counsels that in a time of desolation, followers of Christ should practice the habit of recalling God’s faithfulness in prior times of desolation; resist the temptation to see suffering as pointless; resist desolation through meditation and prayer; avoid making big decisions; pay attention to the spiritual insights found during desolation; and confidently look for the quick return of a season of consolation.

Yet Ignatius manages to avoid painting seasons of consolation and desolation as solely discerned by individualistic feelings, and gives wise counsel for how to discern when a choice, circumstance, or perspective moves us toward God and others, and when a choice, circumstance, or perspective is moving us away from God and others.

Overall, for Ignatius, Christians shouldn’t be surprised when desolation gives way to consolation, and we shouldn’t be surprised when consolation again gives way to a period of desolation; but, whether we perceive it or not at the time, God can use both to form and fashion our character and our loves, and the more prepared we are to encounter either season, the better we will endure the challenges that come with both abundance and affliction.

This old wisdom certainly has relevance for the constant question, “why do bad things happen to good people?” It has relevance for someone you know in your life who is going through something awful that you can’t understand.

Good things come to those who ….

Sometimes, if you’re tired, finding an old relative (or a dead one) will give you some new perspective. Whether you’re in a season of consolation or desolation – thank God for Ignatius.

Elizabeth Glass Turner is the managing editor of Wesleyan Accent (wesleyanaccent.com). This article first appeared at Wesleyan Accent and is reprinted here by permission.