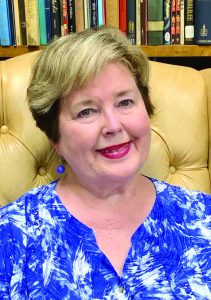 Joseph was around seventeen when his cruel brothers sold him to a caravan of Ishmaelites on their way to Egypt. These folks were all kin, descending from half brothers Isaac and Ishmael. So much for loving your relatives.

It took 30 days for Joseph and the caravan to arrive in Egypt, and most of that time, Joseph was on foot and likely chained.

Egypt at that time was a land of extremes. There were the very rich and the very poor. The captain of Pharaoh’s guard, Potiphar, bought Joseph.
Potiphar was very rich. He had a huge home, several stories tall, with beautiful balconies and gardens. The rich knew how to spend some money, and they shopped for lavish decorations and furniture! They would never be seen at my yard sale. Or yours.
Joseph joined the other servants, working on the first floor while the family enjoyed the upper floors. Joseph found favor in Potiphar’s eyes because everything he did was successful. So, Potiphar put Joseph in charge of his household and of everything he owned. Because of Joseph, the blessing of the Lord was on Potiphar’s house and on his fields. Potiphar trusted Joseph, which is a miracle in itself because Egyptians despised shepherds. It was an intriguing and amazing occurrence, and God’s hand was all over it. “The Lord was with Joseph, and he prospered.” (Genesis 39: 2)

Potiphar’s wife noticed the dark skin, curly haired, muscular Joseph, and she decided she wanted to be with him. What could it hurt? She was not subtle. “Lie with me,” she said.

Joseph refused. “How could I do such a wicked thing and sin against God?” (Genesis 39:9). Potiphar’s wife looked puzzled. Wicked? He calls sex outside of marriage wicked? Wherever would he get an idea like that? And what’s this about sinning against God? Where did that come from? Who is this God anyway? She turned the whole scene around, blaming Joseph and bringing Potiphar’s fury. He put Joseph in the dungeon – and that’s where he met grace.

The story of Joseph is so covered with God that I can see him in every line, comma, and period! This is how God works when he is making a leader. He has to put him in the dungeon of life first. Keep him there. Teach him there. Break his pride. Stomp on his rebellious heart. Tear out jealousy, anger, resentment. Teach him to forgive, and wrap it all up with heavy doses of grace. Dungeon grace.

Joseph learned all of these lessons in his dungeon. Though painful and lonely, frightening and scary, Joseph came out of his dungeon a strong man, ready to be used of God. You cannot find any Lifetime, Netflix, or Hollywood movie better than the storyline of how God used a dungeon to make a man. It has drama, loneliness, fear, and survival woven into the storyline.

Growth and leadership happen to a person when God allows the dungeon to shape his heart. Make no mistake. If you want to move forward with God, a dungeon of some sort has to happen. You and I have to be willing to allow him to place us in as many dungeons as necessary until we come out refined, refreshed, redeemed, and ready to do His work. Fast forward to Romans and read what Paul said about troubles. He said suffering was the road to perseverance. “Not only so, but we also glory in our sufferings, because we know that suffering produces perseverance” (Romans 5:3).

The dungeon was Joseph’s school and in daily classes of prison life, he learned a lot about himself, a lot about others, and a whole lot about forgiveness. He learned what was important in life and what was not. When Joseph was finally released from the dungeon, he was a different person. The spoiled teenager was replaced by a repentant man. The youth who saw only things that benefited him was now a leader who recognized how he could benefit others. When his brothers came to Egypt for grain because of a famine, he eventually said to them words of forgiveness and life. “You intended to harm me, but God intended it for good to accomplish what is now being done, the saving of many lives” (Genesis 50:20).

Your dungeon might be a difficult relationship, a financial strain, a rebellious child, or a nagging low self-image. Whatever, ask God to meet you there and to help you make it through. You will find that your dungeon will be the place of your deliverance. Embrace God’s gift – his gift of Dungeon Grace.