The Case for a Virtual General Conference, Part 2 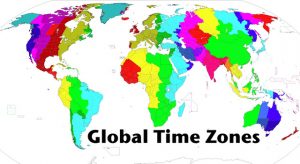 In last week’s Perspective, I outlined why an in-person General Conference in 2021 is unlikely to occur as scheduled. The virulence of the Coronavirus pandemic and the slow rollout of vaccines to the global population make a return of international travel unlikely before mid-2022.

I also made the case that some type of General Conference must occur in order to deal with the budget, set the apportionment formula, and elect members to the Judicial Council and other bodies. I also suggested the Protocol for Reconciliation and Grace through Separation needs to be enacted this year to avoid the splintering of the denomination and potentially expensive litigation by congregations and annual conferences.

In this article, I examine how a virtual meeting could happen and some of the obstacles we would need to overcome.

Bishops could preside over these regional gatherings of delegates for the purpose of engaging the delegates in discussion, questions, and debate about particular business items. There would be shorter plenary sessions via the Internet that would bring all the regional groups of delegates together to take action on proposals.

What Time Is It?

Perhaps the biggest logistical obstacle is the different time zones. When it is 8 am in Chicago, it is 3 pm in West Africa and Western Europe, it is 5 pm in East Africa and Moscow, it is 6 am in California, and it is 10 pm in the Philippines. No matter what time is chosen for plenary meetings, someone will be inconvenienced.

The starting times proposed above might inconvenience the smallest number of delegates for a three- or four-hour plenary. Another alternative would be for the Western Jurisdiction delegates to meet in a mid-America city and create a “bubble” for meeting together there. The Filipino delegates could do the same by flying to the Middle East (where there are major Filipino populations) and meeting in a hotel there. (Travel, hotel, and meals for all delegates would be paid by the general church.) This minimal travel outside their home area would reduce the inconvenience for Western Jurisdiction and Filipino delegates. (As a side benefit, most delegates would not have to travel long distances and would not have to cope with drastic time changes in their internal clocks.)

Since the length of each day’s plenary would be so short, the regional gatherings of delegates could use the time either before or after the plenary to hear presentations, ask questions, and enter into discussion and debate. They would then be ready to take action during the plenary sessions. Such an approach would maximize the use of time, while keeping the plenary manageable in length and complexity.

Can You Hear Me Now?

The other major logistical obstacle is assuring adequate Internet access for the regional delegate gatherings, particularly in Africa, Eastern Europe, and the Philippines. With a limited agenda, and even with shortened plenary sessions, a four-day General Conference should be enough time to accomplish the essential business. With travel being more localized and much lower hotel and food costs, the General Conference budget could provide extra funds to set up Internet nodes where needed for the regional gatherings. In some cases, we could set up the nodes in annual conference office buildings, which would yield a lasting benefit for the annual conference to use beyond just the General Conference meeting. With a six-month lead time, surely we could overcome the technological barriers.

The Need for Integrity

The fact that a handful of voters at the 2019 General Conference were not authorized delegates points to the need to ensure the integrity of the participating delegates. Trained observers functioning on behalf of the Commission on the General Conference could attend each regional site and authenticate the credentials of delegates. The observers could also monitor the proceedings at each site to ensure that there is no manipulation or undue influence upon delegates, and that they have the freedom to discuss all the relevant issues.

How to Handle Amendments and Questions

For those of us who have participated in virtual annual conference sessions, the most difficult aspect is fairly allowing questions to be asked and answered, as well as considering amendments to any proposal. The time lag between the presider and any person asking for the floor made the process go very slowly.

One way to address this would be to use the time either before or after the plenary session each day to surface questions and potential amendments. Questions posed in the regional groups could be forwarded to the General Conference secretary. A time could be built into the agenda of the next plenary session to hear those questions and the answers. That way, all the delegates would have the benefit of hearing the questions raised and answered.

Can You Understand Me?

If the rules are carefully drafted, using the experience of many annual conferences last year, they can be drawn within the boundaries established by the Discipline. The first order of business would be for the delegates to adopt those rules authorizing a virtual/distributed General Conference. Once that is done, there is little chance that the Judicial Council would rule such a process unconstitutional.

The bottom line is that a virtual/distributed General Conference is doable. There may be issues I have not considered that might rule it out, but it would be best to try it. We would all prefer to meet in person, but in the absence of that possibility, a virtual General Conference can take care of the necessary business to enable the denomination to move forward into the future.

Given the uncertainty and the long-lasting nature of the pandemic, the earliest we could reasonably hold an in-person General Conference might be fall of 2022. Even then, it might need to be postponed until spring of 2023. The church simply cannot remain stuck in the current situation for another year or two. With some cooperation and goodwill on the part of groups across the theological spectrum, we can adopt the plan of separation and congregations and annual conferences can freely choose the kind of church of which they want to be part. The fellowship of the committed in each church can then move forward with alignment in mission, vision, and belief. That is the only recipe that allows for a faithful and positive future for all United Methodists.