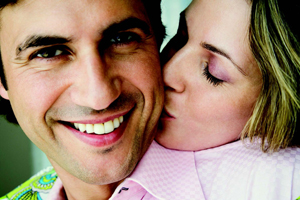 Out of the more than 35,000 United Methodist congregations in the United States, a handful of these churches have chosen to withhold the sacrament of marriage to heterosexual couples as a protest.

The United Methodist Church has always believed that marriage is the “union between one man and one woman.” Originally affirmed in 2004, the issue has been voted on several times and the denomination has overwhelmingly reaffirmed its biblical position regarding traditional marriage.

Despite the publicity of newspaper headlines and internet reports, the protest of the congregation in North Carolina and other isolated congregations will not be changing the denomination’s stand on marriage. United Methodism is a global Christian church and is supportive of the traditional and sacred definition of marriage.

United Methodism was the first and only mainline denomination to be on record supporting traditional marriage.

So as to make its stance unmistakably clear, United Methodism does not allow its ordained ministers to perform weddings, unions, or commitment ceremonies for same-sex couples – even in states where it is legal.

Global United Methodism also voted to specifically not allow its sanctuaries or buildings to be used for such ceremonies. Delegates to the General Conference – the only entity to officially speak for United Methodism – established a standard that would allow for a minister to be defrocked for performing a same-sex union or wedding.

In 2008, the General Conference reaffirmed that marriage is between a man and a woman by stating:

“We affirm the sanctity of the marriage covenant that is expressed in love, mutual support, personal commitment, and shared fidelity between a man and a woman. We believe that God’s blessing rests upon such marriage, whether or not there are children of the union. We reject social norms that assume different standards for women than for men in marriage. We support laws in civil society that define marriage as the union of one man and one woman.”