A standard missiological approach is to divide people of the world into groups in order to be more strategic in our approaches to presenting the gospel and making disciples. Depending on the goal, the division may be by language, dialect, ethnicity, caste, nationality, culture, religion, politics, or any combination thereof. 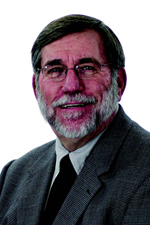 Two of the most significant missiological divisions begin with the prefix un, meaning not. The first is the Unreached. These are people groups who, as yet, do not have enough followers of Christ among them to start and maintain an indigenous movement to Jesus. A required threshold for such a movement is thought to be at least two-percent evangelical Christian or five-percent Christian adherents within a particular group. Mission research points to 6,953 such Unreached People Groups around the world.

The second group is the Unengaged. These are people groups that are not only unreached but also devoid of any active church planting effort. According to the same research, there are 3,104 Unengaged Unreached People Groups. In the last two and a half decades there has been a good deal of focus on these two groups. Yet, in spite of this increased attention, roughly 30 percent of the world’s 7.1 billion people have not been reached with the good news of Jesus Christ.

Sadly, there are three additional missiological uns that are having a profound impact on the state of the Unreached and Unengaged and are at least partly responsible for their existence.

1. Uninformed. There is an amazing paucity of knowledge vis-à-vis the state of world missions in most local churches. Even those whose interest is high enough to attend one of The Mission Society’s Global Outreach Workshops are surprised to learn that the percentage of those in the world who would consider themselves Christian is less today than a century ago. Or that China will soon overtake the United States as the country with the most followers of Christ. Or that South Korea sends out more missionaries per capita than any other country. Moreover, many are amazed to find the Bible repeatedly states God’s desire that all peoples of the world come to know him and as his followers we are to take that message to them.

2. Unconvinced. Even in churches where effort has been expended to increase the knowledge of global missions, there are still some who are skeptical of the need or that they could be part of the solution. Such people typically think that missions is a job for someone else. They often think the task is too overwhelming, is only for the professional clergy or missionary, or that they could not possibly have any significant impact.

3. Unconcerned. To this third group, church is about family, fellowship groups, softball, picnics, fall festivals, and Sunday worship. They are so internally focused they are oblivious to the needs of the world. The Great Commission given by our Lord has simply never intersected their lives and certainly not their hearts. They are okay with the fact that there is a line item in the budget for missions and that there is this small group on the missions committee that has an interest in faraway places but it really has no bearing on them.

Most of these men and women are where they are because no one has ever suggested their world view should be tweaked. No one has ever told them that Jesus was including them when he gave the Great Commission.

Ironically, if local churches would begin to take it upon themselves to eradicate the uninformed, unconvinced, and unconcerned from their midst through solid missiological teaching and experience, that would go a long way in helping to eradicate the Unreached and Unengaged around the world. To do otherwise would be unpleasing to God.

Stan Self is The Mission Society’s senior director for church ministry.