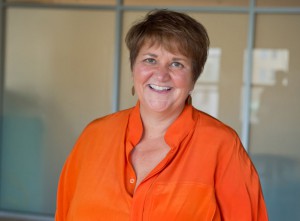 “The Holy Spirit had swept across the room; its power and presence real and obvious. It was a sacred moment on holy ground,” wrote the Rev. Kent Ingram and Emily Allen about the election of the Rev. Karen Oliveto, an openly married, lesbian, as a bishop of The United Methodist Church.

Ingram and Allen were two of the 88 Western Jurisdictional (WJ) delegates who voted for Oliveto in July 2016. Later this month the Church’s Judicial Council will rule on whether or not it was proper for the delegates to elect such a candidate.

Recently, other United Methodists have added their voices to the delegates’ claim that the Holy Spirit was not only behind Oliveto’s election, but is also validating her short tenure as leader of the Mountain Sky Episcopal Area.

The Reconciling Ministries Network (RMN), the leading LGBTQ+ advocacy group in the UM Church, writes in a resource guide in support of Oliveto and preparing people for the Judicial Council’s decision, “Who can deny that the Spirit has produced such fruit through the election and ministry of [her]? Who would dare stand in the way of God’s work of producing fruit?”

“The Spirit is moving,” answers the guide in a suggested prayer, “and wherever we are willing to join in her work, she will birth fruit through us… Holy One, you have assured us that though we cannot see the Spirit herself, we can see the fruit of her work in one another, in our lives, and in the world. We know she is there wherever we see love, joy, peace, patience, kindness, generosity, faithfulness, gentleness, and self-control. Against these things, you have told us, there is no such law.”

And finally, Oliveto herself, in a video released earlier this week, testifies to the Holy Spirit’s movement in her ministry.

What one of us does not want to invoke the Holy Spirit as the guiding power behind our cherished plans and hopes for the future? But these invocations of the Spirit as the guiding force behind Oliveto’s election and her ministry demonstrate just how deep the fissures are between many progressives and the UM Church.

Anyone who has been party to disruption in a local church can attest that once a faction begins to claim the Holy Spirit’s guidance in contradiction to the wider community of faith, it is time for the parties to go their separate ways. The faction becomes convinced it alone truly discerns the will of the Holy Spirit. Its clash with the church is no longer a matter of differing interpretations and choices, but their superior claim to rightly discern the voice and will of the Holy Spirit.

The United Methodist Church, since its inception, has vested its authority in the will of the General Conference. It has adopted a fair and open polity that allows for a wide degree of give and take in the process of discernment. And yet, by faith, it believes the Holy Spirit is in its midst when it gathers, as a global body, to reaffirm, change, or adopt new teachings for the whole church.

Given the long and acrimonious debate, and now the progressives’ claim that the Holy Spirit is leading them to not just contest, but to defy the teachings of the UM Church, they need to fully embrace where they believe the Spirit is leading. For the sake of comity, and the larger mission of the church, it is time for them to create a new denomination in order to follow the Holy Spirit to a place where the UM Church does not believe it is leading.