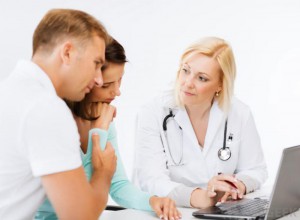 Moderates and conservatives long ago gave up on any hope the UM Church’s General Board of Church and Society (GBCS) would demonstrate any fairness or impartiality when it comes to non-liberal plans for health care, tax policy, education, energy policy, military spending, minimum wage laws, … well, you get the point. So there was little surprise when the Rev. Dr. Susan Henry-Crowe, General Secretary of GBCS, unloaded on a Republican backed bill that would have modified the Affordable Care Act (ACA).

To her credit, Henry-Crowe is not nearly as strident as some of her predecessors, but she can get off some zingers. Not long after a press conference with U.S. Rep. Nancy Pelosi (D-California), we received inquiries wanting to know about “the United Methodist Statement” that said, “people will die” if a Republican backed health care bill passed in Congress (as most know by now, it did not).

We were confident no such statement existed. The UM Church, thankfully, does not make a habit of pontificating on every bill that comes before Congress. Only the General Conference, which meets every four years, can pronounce authoritatively for the UM Church. What we suspected was that Rep. Pelosi had read something a UM bishop or the General Secretary of GBCS had said about the bill. And sure enough, Henry-Crowe had recently opined, “People will die because of efforts like this to roll back health care.” Pelosi gladly took Henry-Crowe’s personal prognostication that “people will die,” as the UM Church’s official word on the bill. It is not.

Henry-Crowe, who holds two degrees in theological studies, and for 22 years served as the dean of the chapel and religious life at Emory University before her role at GBCS, offered no evidence to support her hyperbolic claim. Her remark is particularly interesting in light of a recent column by New York Times columnist Ross Douthat. To be sure, like Henry-Crowe, Douthat is not a health care expert. But unlike her, he actually references reputable studies that find claims about how many lives this or that insurance plan will save to be overblown. As Douthat notes, since the expansion of Medicaid under the ACA, Americans have not become healthier or experienced lower mortality rates (they’re actually higher in some of the states and counties where Medicaid was expanded).

It is hard to understand why, in a church with rank-and-file members from across the political spectrum, GBCS has felt compelled to march almost uniformly to the left on most issues. And it often seems incapable of even acknowledging people of good faith and good will might find alternative prescriptions to be reasonable, responsible, and compassionate. GBCS has a propensity to close off options and stifle conversation before it gets started. So if you don’t stand with Henry-Crowe and GBCS on the recent bill before Congress, you’re evidently comfortable with a plan that will allow “people [to] die.”

After reading a missive from the GBCS team, you cannot help but think they are unaware of people like Arthur Brooks, Robert George, or Michael Gerson, thoughtful Christians who are as faithful and as informed as they, who do offer alternative solutions and valid critiques of progressive proposals. GBCS seems to have no dialogue partners in a church that desperately needs them.

This is odd and even unhelpful coming from an organization appointed to serve and represent the whole church, not just its left wing. True, GBCS can appeal to the UM Church’s Book of Resolutions, a huge compendium full of progressive nostrums written by or sponsored by GBCS and its allies, passed in haste at General Conferences, and then trotted out as necessary when needed. But this is no way to build consensus in a diverse church. Progressives often style themselves as community organizers for social justice, but you seldom get the impression that GBCS folks are actually out organizing among the grassroots. Instead, they are more often found provoking laity and pastors with progressive pronouncements issued from their Capitol Hill offices in Washington D.C.

As for the healthcare debate, we’re happy to leave it to the experts who study these matters to share their findings, make recommendations to our Congressional representatives, and then engage in a civil debate on the matter. In the future, we hope Henry-Crowe can find the good in other proposals and refrain from conversation stoppers like, “people will die.”