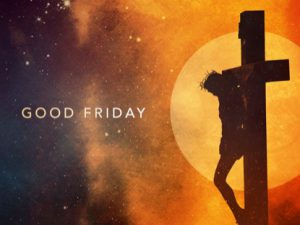 Sometimes the sordid episode is almost too hard to believe. The fear, the hatred, the rage, the brutality, the blood, and the death – sometimes it is too horrible to fathom. But there is Jesus, on the cross, bleeding and dying, right at the very center of our faith.

And what is more, we read in the Old Testament it was the will of the LORD to crush him with pain (Isaiah 53.10). We try to turn away from that staggering truth to the consolation of the New Testament, but then Peter preaches to us, this man [was] handed over to you according to the definite plan and foreknowledge of God (Acts 2.23).

Why? Perhaps the only way to answer that great question is with other questions. Can we bear the weight, the burden, and the cursed death of our sins? Can we intercede by ourselves with the righteous God of all creation? Can we make ourselves clean? Often reluctantly, we must truly confess, no, we cannot.

On the cross, Jesus poured out himself to death, and he was numbered among the transgressors; he bore the sin of many, and made intercession for the transgressors – for us. Amazing love! How can it be that thou, my God, shouldst die for me?

It is, in the most paradoxical way possible, a very Good Friday for us.

What a quiet and strange day. We know that Jesus lives, and yet this day we are invited to ponder that Jesus died and was laid in a tomb. As the most ancient version of the Apostles’ Creed puts it, “he was crucified, died, and was buried; he descended to the dead.”

Sometimes we want to speculate and talk about where Jesus was, and what he did on that day. But on this day before Easter, it is probably best to be quiet. Perhaps it is a day to be as silent as the grave.

We don’t need to be excessively morbid, but we do need, for or at least some part of this day, to join with the fearful and dismayed disciples. We need to draw close to those women who saw the tomb and how his body was laid. We are so familiar with the living Jesus, but they saw the dead Jesus. And it was those same women, with fear and grief still in their hearts, who would go to his tomb to tend to his lifeless body.

Low in the grave he lay, Jesus, my Savior.

Up from the grave he arose, with a mighty triumph o’er his foes! 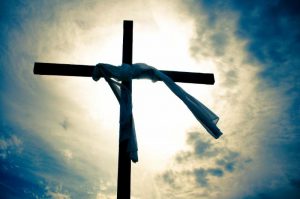 In a great prayer of the church, we are regularly reminded that in Jesus’ death and resurrection we are liberated from our slavery to sin and our fear of death. That is good news, great news!

For people who have a nagging suspicion death might have the last word and so tend to live life too timidly and too frightened, the victory of God, made known in Jesus’ glorious Resurrection, is liberation indeed! It frees us from all that ensnares us and keeps from an abundant life. It empowers us to live obedient, disciplined, sacrificial, and joyful lives in the knowledge that Jesus leads us through even the darkness of death and brings us to everlasting glory!

Walter Fenton is a United Methodist clergy person and vice president of the Wesleyan Covenant Association.