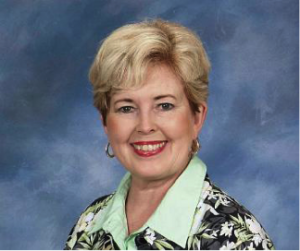 God and his creation were on good terms. Throughout the first chapter of Genesis we can almost hear nature clapping loud approval after each “God saw that it was good” statement. The Creator masterfully painted the flowers with deep red, gold, and violet stripes of perfumed paint, leaving heavenly scents as he moved from one area of the garden to the next.  Then, he put together a plan and presented it to the two other parts of the God-head.

To them he said, “Let us make man in our image, in our likeness.” Then, to his creation he said, “Get ready. We’re going to do a new thing, and we want all of you to watch.” Colorful birds chirped their approval, while dogs barked with excitement and baby monkeys ran up and over tree branches, swinging from limbs and then cuddling up to their mothers.  God reached down and gathered a handful of dust, and from this unlikely source, the God-head created man.

God looked at this man and said, “My, my, isn’t he perfect!” He could not stop staring. As he gathered this son in his arms and looked at his face, he saw in this child a reflection of his glory, one that would possess the same attributes He had: patience, love, forgiveness, kindness, and faithfulness. God danced around the Garden, gently caressing this beautiful wonder, while singing love songs to his boy. But, God wasn’t finished. The son was lifeless. He rested in his father’s secure embrace, but he was lifeless. God wanted a relationship with this new creation, and for that to happen, something extraordinary had to occur.

So, God placed his breath close to the son’s nostrils, breathed on him the breath of life and whispered, “LIVE!”  Not until then, but only because of then, man became a living being.

That first man, Adam, stretched and yawned as though waking from a deep sleep. God carefully placed him down on the thick grass carpet and watched with delight as Adam tried to stand up and walk. Each time he fell, his Creator laughed and helped Adam to his feet, until Adam was able to walk in the garden alone. With the same care and diligence, he then created Eve.

It was the beginning.

Almost as quickly as they were created, however, the two even more quickly disobeyed God and brought death to the beautiful garden. They would be responsible for the fall that came to the garden and subsequently to all humanity born after them.  Listening to the serpent’s lies would have long-lasting effects.

By chapter three of Genesis, God revealed his master plan to bring these two – and all of humankind – back to God. Centuries later, he would send another Son, a second Adam to restore and redeem what Satan had stolen.

Move down the centuries to a tomb, cold and dark and not at all ready for death. It is the morning of the third day. Jesus, stretched out on the slab, was bloody with visible wounds. The result of the painful hammering of the nails, the depth of the gashes from the whips and the cuts all over his head from the crown of thorns had left his body only slightly resembling the man he was. But, God looked at him and thought, “My, my, isn’t he perfect!” God still saw in this beloved Son a reflection of His glory.

But, God wasn’t finished. The Father picked up His Son, cradling him in his arms and placed his breath close to the Son’s nostrils. Then, God breathed on him the breath of life and whispered, “LIVE!”  Not until then, but only because of then, the Son opened his eyes and looked around.

It was finished. The reason Jesus came to earth had been accomplished. He stood up in the tomb, his legs getting used to his beautiful new body. At first, when he tried to walk in the close quarters of the tomb, his Father walked with him. Perhaps he even danced with him as the realization of their togetherness sealed God’s promise. God whispered to his beloved Son. “It’s over. Well done.” And, with those words, the Beloved walked through the open tomb and into the garden. It was the new beginning. And God saw that it was good.