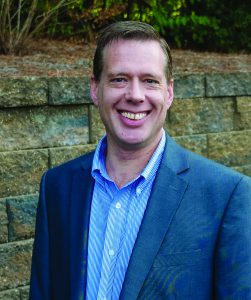 One of life’s great blessing is to have clear vision, and few things are more frightening than the prospect of losing one’s sight. During the summer of 2013, I began losing my vision. For nearly six months I stubbornly ignored the problems. After multiple exams and prescription changes, the doctor said cataracts were growing in my left eye. I had surgery to remove the cataracts and replace my existing lens with an implant. What a transformation! My vision was restored almost instantly and now it’s the best it has ever been.

At times, I have lost my missional vision as God’s redemptive change agent for a lost world. There is a great spiritual harvest awaiting God’s Church. Jesus said, “I tell you, open your eyes and look at the fields! They are ripe for the harvest” (John 4:35). It’s easier, however, to fashion for myself a world that fits my personal likes and tastes. Like blinders on a horse, I focus on the things in my world that are important to me. As the famous comedian Flip Wilson often said, “What you see is what you get!”

Too many North American churches settle for mission only in their local community and are not guided by a strategic Acts 1:8 model (“But you will receive power when the Holy Spirit comes on you; and you will be my witnesses in Jerusalem, and in all Judea and Samaria, and to the ends of the earth”) that involves local and international outreach. Churches may also function in ways that focus mostly on serving the physical needs of others with scant attention to proclaiming Christ and making disciples. That’s why TMS Global, the agency for which I serve, seeks to mobilize believers and churches to make disciples, especially among the least reached peoples. Through our training and coaching called “Activate,” churches often receive a restored vision of their world.

Our training utilizes raw data to demonstrate the reality of the world’s spiritual needs. For instance, while many know that some 7.3 billion persons inhabit the earth, they are unaware that a staggering 2.2 billion persons have never heard the name of Jesus to them. While speaking to a pastor about this astronomical number of unreached, he disagreed, saying it is too high an amount. I responded, in effect, by asking if one billion persons is convincing enough to him that there really is an overwhelming need.

The Activate training also examines how God sees the world. We see the world as one comprised of countries with political and geographical borders. God, however, sees the world as more than 16,000 distinct people groups, with their own distinct history, language, beliefs, and identity. Of that 16,000, more than 3,000 are considered unengaged and unreached, with no Bible in their language, no church in their community, and no critical mass of serious Christ followers.

When all the data is combined – populations, people groups, and where cross-cultural witnesses are sent – a church’s vision for outreach can change drastically. Churches begin to realize the most strategic work for them is to be intentional about mission outreach among the unengaged and unreached. As we have often discovered, when a church adjusts its missional energy to meet a world that has yet to see Jesus, the church’s vision of its role in global outreach becomes much clearer.

Duane Brown is the senior director of church ministry at TMS Global (tms-global.org).