What Is a Traditional Methodist? 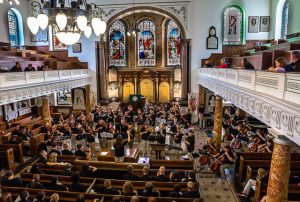 Traditionalist United Methodists have wrestled for several years with the question of what to call ourselves and what label to use. The need for a label became acute in 2016 when the General Conference authorized a commission to look at possible strategies to address the growing division within United Methodism. The commission came up with the One Church Plan, the Connectional Conference Plan, and the Traditional Plan. What to call that third plan, and the group whose values it espoused, became a complex conversation.

For decades, most of those in the various renewal groups (Good News, Confessing Movement, UMAction, and Wesleyan Covenant Association) were comfortable calling ourselves evangelical United Methodists. Our theology is both Wesleyan and evangelical, as distinguished from the more widespread Calvinist evangelical theology found in many Baptist and independent evangelical congregations. In concert with most evangelicals, we emphasize the primacy of Scripture, the atoning death of Christ on the cross for the sins of the world, the need for repentance and conversion, and a relationship with Jesus Christ as personal lord and savior for each believer. As Wesleyans, we emphasize personal and social holiness and the universal reach of the Gospel.

However, over the past couple decades, the term evangelical in America has become increasingly inextricably linked in the public mind with partisan conservative politics. The renewal groups within The United Methodist Church are not identified with any particular political group or party. Furthermore, it is deeply misleading to associate all renewalists with a particular politician.

Another term might be orthodox. Renewalists are orthodox in their theology, holding to the truths of the historic creeds of the church. We understand those creeds as originally intended, not redefined to fit modern sensibilities. But the term orthodox is not well understood by the general public and may be confused with the Eastern Orthodox Churches. Some have objected that designating one group as orthodox might imply that others are not orthodox in their theology, which is not the intention.

What Does “Traditionalist” Mean?

So we have settled on the term traditionalist to describe who we are at this moment in time. It is not a perfect term and perhaps not even the best one, but it is what we have. It calls attention to the continuity we have with traditional Christianity harking back to the early church and with traditional Methodism as founded by John and Charles Wesley.

Unfortunately, one of the African bishops has accused traditionalists of wanting to return to traditional African religion, complete with animal sacrifices and polygamy. Of course, nothing could be further from the truth. We are not traditionalists in a general religious sense; we are traditional United Methodists, who espouse Christianity, not paganism.

We aim to continue in the tradition of what Methodism was when it was founded by John and Charles Wesley. As mentioned above, we believe in orthodox Christian doctrine as defined by the historic creeds of the church, as traditionally understood. We hold to the doctrines John Wesley espoused in his standard sermons, in the Articles of Religion and Confession of Faith, and in the practices outlined in our General Rules. We are not out to change or reinterpret Methodist doctrines, but to maintain them.

We support the long-standing moral standards of the church, as taught in the Bible. This includes a traditional understanding of marriage as between one man and one woman and the need for celibacy in singleness and fidelity in marriage. The Ten Commandments, the command to love God with all our being, and to love our neighbor as ourselves, are the bedrock of living a moral and upright life, pleasing to God and beneficial for humanity.

We uphold the traditional practices of the church: baptism as the sacrament of entry into God’s family, Holy Communion as a sharing in the atonement and resurrection of Christ, private and corporate prayer, corporate worship of God, personal and group Bible study, and fasting or abstinence. These spiritual disciplines have a long track record of helping people grow in their faith and commitment to Christ.

We believe in the traditional mission of Methodism, to “reform the nation and, in particular, the Church; to spread scriptural holiness over the land.” The United Methodist Church needs reforming. More than 50 years of constant decline in membership and participation is a symptom of deep-seated problems in how we “do” church. For that same length of time, Good News and others have attempted, mostly unsuccessfully, to facilitate reforms that would strengthen the church’s witness and enhance its effectiveness in ministry. If, as expected, separation occurs in 2021, we will have the opportunity to start fresh in designing a faithful and effective church for the 21st century. I would point you to the important work being done by the Wesleyan Covenant Association (of which I am a Global Council member) to propose new designs for a new denomination. Wesleyans have always been willing to change and adapt strategies of ministry to fit new circumstances, while keeping to the timeless message of the Gospel.

We hold to the traditional makeup of Methodism. In keeping with Wesleyan theology, the Gospel is for all people. Jesus died for the sins of the whole world, not just the sins of a certain elect few. Redemption is for every race, nation, tribe, and tongue. Traditional Methodists expect to be part of a global church, sending and receiving missionaries, pastors, and teachers to and from every nation. Our churches should be microcosms of our communities, welcoming people of every race, culture, and nationality.

Just as there were women leaders in the Bible and the early church, as well as in early Methodism, we embrace the full and equal ministry of women alongside men in traditional Methodism. Early Methodism empowered laity as the backbone of the church’s ministry. This tradition has set the stage for the full involvement of laity in ministry at all levels of the church.

We believe in influencing society (“reform the nation … spread scriptural holiness”). We do not believe that influence begins and ends with making political statements or lobbying governments. Rather, it begins in the heart and life of each person, as they are born again into a new relationship with God through Jesus Christ and transformed by his loving Spirit into a new person. Change happens one life at a time. United Methodism has neglected this dimension to its detriment. Such personal change happens as we engage in the traditional practices of the church (see above) and as we “watch over one another in love” as part of the community of faith. Traditional Methodists believe in accountable discipleship through participation in small groups (called “class meetings” by Wesley) that can support and encourage growth in personal holiness, becoming more and more like Jesus. Faith means nothing if it is not worked out and displayed in our everyday lives.

It is out of a changed life empowered by the Holy Spirit that we can serve the needs of the community: feeding the hungry, clothing the naked, housing the homeless, welcoming the stranger, visiting the lonely, and much more. Out of an attitude of humility and servanthood, we are then equipped to advocate changes in laws and policies in our government that will correct injustice and help those who are vulnerable. We recognize that we speak from an imperfect human perspective. We do not know all the answers, and there are different opinions about how to address the problems of the world. Rather than pontificating political platforms, we seek to apply biblical values and wisdom to the complex issues of today in dialog with others of varying perspectives. Together, we can strive for the most faithful way forward in putting our Christian values into practice for the sake of the world in which we live.

“Traditional Methodists” believe in preserving the heart of our Methodist heritage in doctrine, practice, and spirit. Our core identity ought to be unchanged over the decades. At the same time, we follow the example of our founders in adapting our structure and strategy to fit the changing circumstances in which we live. Only by doing so will our tradition truly live on in the church. The world does not need another museum of faith; it needs living, Spirit-filled practitioners of the faith that changes the world, as in the time of Jesus and Paul, as in the time of John and Charles Wesley. That is what traditional Methodists aspire to be.