What Does it Mean to be a Wesleyan Christian? 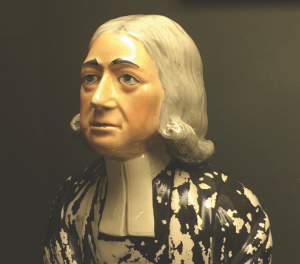 John Wesley (1703-1791) believed that God had raised up the people called Methodists to “reform the nation, particularly the church, and to spread scriptural holiness over the land” (“Minutes of Several Conversations”). The core of the Wesleyan/Methodist tradition is holiness.

What is holiness? It means different things to different groups of people. For Wesley, however, holiness was about transformation. We human beings, he believed, are broken, sinful creatures. Left to our own devices, we will not live in ways that honor God. In fact, we can’t honor God with our lives – at least not consistently – because we stand under the power of sin. The world is not as it should be. Human beings are not as we should be. Our minds, our hearts, our desires are disordered.

In his great mercy, God has given us a savior in Jesus Christ. When he died on the cross, Jesus made it possible for us to have peace with God and to escape the power of sin over our lives. We receive Christ into our hearts through the power of the Holy Spirit, and the Holy Spirit comes to us most readily as we seek him through practices such as reading Scripture, praying, and receiving communion. To be holy means that we are “set apart” from the world by the transforming power of God.

In many cases and places, our zeal for holiness has flagged. A renewed expression of Wesleyanism will require concerted work of retrieval. In other words, we need to recommit ourselves to some of the core beliefs and practices that characterized early Methodism. For Wesley and his followers, the Methodist movement involved a commitment to holiness lived out in several ways. Holiness was rooted in Scripture. It was lived out in community. It was facilitated by the means of grace, and it was expressed in solidarity with the poor.

Holiness was rooted in Scripture

In his Complete English Dictionary, Wesley defines a Methodist  as “one that lives according to the method laid down in the Bible.” Wesley did recognize other sources of knowledge, even religious knowledge, but he believed Scripture to be God’s definitive revelation. Tradition, especially that embodied in the teachings of the Church of England, could help to illuminate the meaning of Scripture. Reason was simply necessary in order to make sense of Scripture at all.

Wesley believed that it was also important to have a personal experience of salvation. Such experiences confirmed Scripture’s primary message, that we are saved from sin and death by the work of God through Jesus Christ. These other resources were important, but Wesley believed Scripture to be definitive for Christian faith and life in ways that other sources of knowledge were not.

For Wesley, the whole content of the Bible, that great narrative of salvation from Genesis to Revelation, was about salvation. Today we have all but lost a sense of Scripture’s unity and coherence. There are many reasons for this. The emphasis in biblical scholarship on studying Scripture in bite-size parts (or pericopae), a loss of trust in divine revelation, and even postmodern skepticism toward the idea of “truth” itself have undermined the idea that the Bible is a single work with an overarching message.

As we look to the future of the Wesleyan movement, we would do well to recover a framework whereby we understand Scripture as a book about salvation. It begins with creation, takes us through the fall, and narrates the pendulum swings between human faithfulness and sinfulness. In Christ, God acts once and for all to deliver us from sin and death, and we anticipate the fullness of redemption when God will bring together a new heaven and a new earth. To read Scripture as a Wesleyan is to read it as a book about salvation meant to lead us into salvation.

Holiness was lived out in community

We United Methodists often hear talk of “holy conferencing” and “social holiness,” but in many cases Wesley would not have recognized our use of these terms. As he used them, both referred to Methodist “class” and “band” meetings – two distinct small group meetings in which Christians came together to build one another up in the faith and hold each other accountable for living in ways consistent with the will of God.

The people called Methodists were to “watch over one another in love.” In particular, people in classes were held accountable to the General Rules: do no harm, do good, and attend upon all the ordinances of God (discussed below). Members of classes were also required to give money toward relief of the poor if they were able.

Holiness was facilitated by the means of grace

Early Methodism involved an openness to the work of the Holy Spirit and a reliance on the supernatural power of God to replace our hearts of stone with hearts of flesh. Wesley believed in an active and living God, a God who loves us and wants to draw us closer to himself. He knew that God could work through anything and anyone, but that there were certain practices that God had specifically given us for growth in faith and holiness. This is why the third of the General Rules requires that we should attend upon “all the ordinances of God, which it spells out specifically as:

• The public worship of God

• The ministry of the Word, either read or expounded

• The Supper of the Lord

In other words, Wesley believed that Methodists should attend to worship, Scripture, the Lord’s Supper, prayer, and self-denial. These practices are not just beneficial; they are commanded in Scripture. There are other practices, such as participating in class and band meetings, that aren’t commanded in Scripture, but are beneficial (“prudential”) nonetheless. Through each of these practices, we come to know and love God more fully.

Wesley was quite clear that these practices themselves do not save us. They do not and cannot make us righteous before God. Rather, through these practices we grow closer to God, who offers us grace by the power of the Holy Spirit. It is that grace that saves us, through our faith in Jesus Christ. Yet the more we partake of the means of grace, the more we will experience the fullness of salvation in the present.

Holiness was expressed in the world

Wesley was deeply concerned for the poor and vulnerable. As noted above, members of class meetings were expected to contribute money to the poor, excepting those who could not afford to do so. In his book The Radical Wesley and Patterns for Church Renewal (Wipf and Stock, 1996), Dr. Howard Snyder writes, “From the beginning [Methodism] was a movement largely for and among the poor, those whom ‘gentlemen’ and ‘ladies’ looked on simply as part of the machinery of the new industrial system. The Wesleys preached, the crowds responded and Methodism as a mass movement was born” (33).

When Wesley converted the abandoned Royal Foundry in London to a Methodist meeting place, he included there a free school that could educate up to sixty children at a time, a shelter for widows, and a free dispensary (an office for the provision of medical supplies and services). In an age when it was commonplace for the wealthy to purchase a pew in the church, Wesley insisted that all seating in the Foundry’s chapel consist of common benches. There was no difference in seating for rich or poor (see Snyder, 48).

Wesley had housing on the second floor of the Foundry. “I myself,” he wrote, “as well as the other Preachers who are in town, diet with the poor, on the same food, and at the same table; and we rejoice herein, as a comfortable earnest of our eating bread together at our Father’s kingdom.” 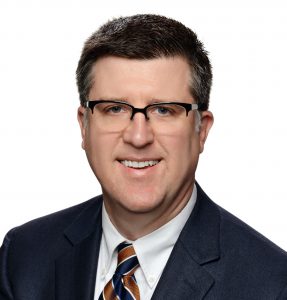 By contrast with churches in many other parts of the world, many American churches are unbelievably wealthy. In parts of Africa, Asia, and Latin America, for example, churches scrape by on meager resources, and many Christians live in poverty or on its very edge. I have witnessed with great admiration and appreciation the work of churches in the U.S. to address poverty both domestically and abroad. But we can do more – much more. The resources are there. What is required is an awareness of poverty and the will to address it. To be a Wesleyan Christian today will mean a renewed focus on ministry with the poor, which will include the willingness to have less so that others may have enough.

To live as Wesleyan Christians today will involve a self-conscious process of recovery. It won’t be easy. Not everyone will like it. Then again, not everyone liked Wesley’s vision and methods in his own day, but he launched a movement that has changed countless lives across the globe. Wesley worried that the people called Methodists would someday become a “dead sect,” having the form of religion without the power.

In many places his warning has proved prophetic. Perhaps God will once again fill us with the power of those early days of the Methodist movement if we seek his face like those who went before us.

David F. Watson is the academic dean and professor of New Testament at United Theological Seminary in Dayton, Ohio. He is the author of Scripture and the Life of God: Why the Bible Matters Today More than Ever (Seedbed).