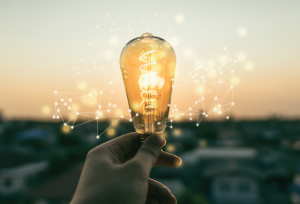 It’s easy for contemporary Christians to think that John Wesley, the great revivalist and leader of the Great Awakening, was opposed to church tradition altogether. Nothing could be further from the truth.

In fact, he was a high churchman who loved church tradition, the sacraments, and the Anglican liturgy. He used the Church of England’s Book of Common Prayer, which contains orders of services, ancient creeds, communal prayers, and a lectionary. Wesley said, “I believe there is no Liturgy in the world, either in ancient or modern language, which breathes more of a solid, scriptural, rational piety than the Common Prayer of the Church of England.”

While at Oxford, Wesley and his brother Charles were accused of being “sacramentalists” because of their insistence upon taking communion regularly. It is said that Wesley took the Lord’s Supper at least once every four to five days, and he encouraged the Methodists to celebrate the Lord’s Supper weekly. Wesley said, “It is the duty of every Christian to receive the Lord’s Supper as often as he can” (“The Duty of Constant Communion”). These are hardly the words of a non-traditionalist.

“Wesley’s ecclesiology was a working synthesis of old and new, tradition and innovation…True renewal in the church always weds new insights, ideas, and methods with the best elements of history,” writes Howard Snyder in Radical Wesley. “And true renewal is always a return, at the most basic level, to the image of the church as presented in Scripture and as lived out in a varying mosaic of faithfulness and unfaithfulness down through history. John Wesley represents an intriguing synthesis of old and new, conservative and radical, tradition and innovation that can spark greater clarity in today’s new quest to be radically Christian.”

It clearly states on Wesley’s tombstone, that the heart of the Wesleyan revival was the rediscovery of “the pure apostolic doctrines and practices of the early church.” But Wesley did more than read and study the past. He took what he learned and reapplied it, contextualizing it to his own time and place. More than that, he used what he learned to create a disciple-making movement that equipped and empowered thousands of people to join in God’s mission.

The Tension of Tradition and Innovation. One of the secrets of the success of Wesley’s movement was his ability to maintain a dynamic synthesis of old and new, tradition and innovation. While he wasn’t against tradition, Wesley was opposed to dead, dry religion, cold ritualism, and the clericalism that discouraged non-ordained people from being involved in the life of the ministry, all of which had become widespread in the Church of England in the eighteenth century.

The Wesleyan synthesis could perhaps best be viewed as a tension between the embrace of tradition and the need for innovation. While Wesley was a traditional high church Anglican priest who honored church tradition, at the same time, he was an apostolic leader who was willing to innovate, willing to bring change to the structure and methods of the church in order to see the gospel shared and lives changed.

While Wesley honored this tradition, he was not bound by it. He was far more concerned with saving souls, and he believed that the Lord was doing an extraordinary thing by raising up the Methodists and calling non-ordained men and women to preach and serve as leaders in the church. This, perhaps more than anything else, was why Wesley faced such opposition to his work. His embrace of non-ordained people to preach and lead bypassed the institutional hierarchy and upset the status quo. His empowerment of an army of non-ordained women and men was nothing short of revolutionary at a time when the church relied almost solely on clergy to accomplish Christ’s mission.

Wesley worked to keep the old and the new in tension. He began to envision two kinds of ministerial orders: the ordinary Anglican clergy and the extraordinary Methodist preachers. Wesley saw a role for Anglican ministers in providing pastoral oversight of a congregation and administering the sacraments, while the purpose of the extraordinary Methodist preachers was preaching and evangelizing the lost.

Wesley used the Scriptures to aid him in embracing the tension he held between tradition and innovation, between the old and the new. He continued to believe in the need for the ordinary and established Anglican clergy, but he believed that there was an equally significant role for the non-ordained preachers and workers of the Methodist movement. The church was filled with ordained clergy, yet it was not meeting the need of the world to hear the gospel message.

What was needed was an army of lay preachers and evangelists who would preach the good news at every highway and in the hedges. To this vision, Wesley was willing to give his life, dedicating his time and energy to empower a new and extraordinary order of ministry. The result of Wesley’s embrace of tradition and innovation was the birth of one of the greatest Christian movements the world has ever known.

The combination of tradition and innovation does not mean compromising time-honored essentials of orthodoxy or church tradition, but rather bringing those essentials into dialogue with the present realities of the church in a beautiful convergence of old and new. I believe the church of the future will need to be rooted in Scripture, tradition, liturgy, and sacraments, while at the same time fully engage in mission at the intersection of the gospel and culture.

By using the term “tradition,” I do not mean tradition with a capital T, as in Roman Catholicism or Lutheranism, but rather I am referring to tradition with a lowercase t, as in what has been common to all Christians in all ages, especially during the first five centuries of the church.

Maybe you’re thinking to yourself, “Isn’t tradition just dead religion?” We need to distinguish between tradition and traditionalism.

Historian Jaroslav Pelikan describes the difference between tradition and traditionalism. “Tradition is the living faith of the dead; traditionalism is the dead faith of the living,” he said. “Tradition lives in conversation with the past, while remembering where we are and when we are and that it is we who have to decide. Traditionalism supposes that nothing should ever be done for the first time, so all that is needed to solve any problem is to arrive at the supposedly unanimous testimony of this homogenized tradition.”

With Wesley, I believe the church of the future will be one that is rooted in tradition and innovation. The recovery of tradition doesn’t mean that we should try to relive the past; it’s about retrieving it and appropriating it into the context of life in twenty-first century North America. I am not advocating reverting back to “the good ol’ days,” but proposing a way for the past, present, and future to come together for a new generation that is  rooted in tradition and innovation. I believe that the future of the church not only lies in the traditions of the past, but in the unique implementation of these concepts in our world today.

In his book You Are What You Love, James K.A. Smith calls this integration “tradition for innovation.” He reminds us that tradition should be seen as a resource to foster cultural innovation because it provides us with rich imaginative practices that are rooted in historic Christian worship. Here are some of Smith’s examples of how liturgy fosters a fresh missional imagination:

“Pledging allegiance in the Creed is a political act – a reminder that we are citizens of a coming kingdom, curtailing our temptation to over identify with any configuration of the earthly city;

“The rite of baptism, where the congregation vows to help raise a child alongside the parents, is just the liturgical formation we need to be a people who can support those raising children with intellectual disabilities or other special needs;

“Sitting at the Lord’s Table with the risen King, where all are invited to eat, is a tactile reminder of the just, abundant world that God longs for.”

I believe this is one of great needs in the world today: holding tradition and innovation, old and new, together in a dynamic way. The recovery of tradition and innovation was at the heart of the Wesleyan revival. Wesley wanted to recover the old religion and connect his generation with the early church and its teachings, but Methodism was also something new, contextualized for his time and place, and Wesley was able to give old truth fresh expression. When he spoke about recovering “Scriptural Christianity,” Wesley meant a return to the pure, undefiled “religion of the Bible, the religion of the primitive church”  (“On Laying the Foundations.”) 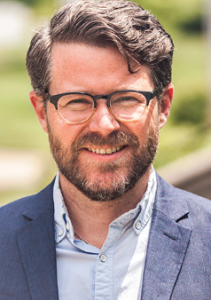 This is not just an outdated idea from a bygone era, but an idea whose time has come once again. We need this integration if the church is going to survive the chaos and complexity of the 21st century. The recovery of tradition and innovation among this generation is a sign of renewal, a Spirit-inspired movement that should give us hope for the future of the church as it rediscovers its ancient roots. The integration of tradition and innovation is found at the intersection of faith, formation, and mission for today.

Winfield Bevins the Director of Church Planting at Asbury Theological Seminary. He also is a frequent conference speaker and author. Some of his recent books include Ever Ancient, Ever New: The Allure of Liturgy for a New Generation and Marks of a Movement: What the Church Today Can Learn from the Wesleyan Revival. This essay originally appeared on Firebrand (firebrandmag.com) and is reprinted by permission.