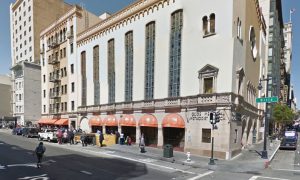 New action has taken place by the California-Nevada Annual Conference filing suit against Glide Memorial United Methodist Church over Trust Clause issues. Such action shows what might happen in the event other congregations try to leave the denomination.

In a previous post, I described the conflict going on between California-Nevada Annual Conference Bishop Minerva Carcaño and the 89-year-old Glide Memorial Church, on paper one of the largest congregations in our denomination. The conflict revolved around the fact that Glide no longer conducts Christian worship and is not faithful to United Methodist doctrine and practice. Instead, they have embraced a form of interfaith “worship” that encompasses atheists, agnostics, Buddhists, Hindus, and many others in addition to Christians (and one assumes, some United Methodists).

The crisis erupted when the pastor at Glide resigned because he was not able to exercise full leadership of the church, unhindered by the Glide Foundation’s board of directors. Longtime Pastor Cecil Williams, while long retired, still appears to be making the leadership decisions for the church. Bishop Carcaño attempted to appoint a new pastor, but the Foundation board rejected the person. She then appointed all the pastoral staff to different churches, leaving Glide without a regular pastor.

Six months of negotiations between the conference and Glide have not yielded a fruitful resolution to the disagreement. According to the San Francisco Chronicle, the conference recently filed suit against Glide in order to protect the Trust Clause and the conference’s ownership of Glide’s property.

The Glide Foundation board maintains that the conflict is about the conference trying to gain control of the millions of dollars held by the Foundation, 95 percent of which goes to support social service ministries in the community. Carcaño assures that the conflict is about making Glide accountable to United Methodist doctrine and processes and honoring the original intent of donor Lizzie Glide, who established the foundation in order to provide for a Methodist Church in San Francisco.

There have been conflicting decisions about church trusts in California, but the most recent decisions have favored the denomination. The controversy will potentially now play out in a courtroom that will determine the obligations of the Glide Foundation in relation to The United Methodist Church.

One hopes that this high-profile lawsuit is not a precursor to what might happen in the future if congregations try to leave The United Methodist Church. General Conference can alleviate this concern by passing a fair, equitable, and standardized exit path for congregations as a part of its actions at the February special session.