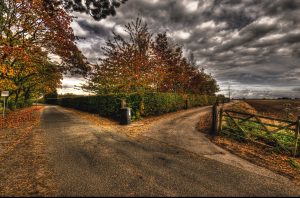 With apologies to Robert Frost, one of my favorite poets, he describes the current situation in The United Methodist Church in his poem, The Road Not Taken: “Two roads diverged in a yellow wood.” Two roads are diverging within United Methodism today, and we can see the impact of that divergence in the “sketches” offered by the Commission on a Way Forward and the Council of Bishops (COB) as described in a recent UM News Service article.

Sketch #1 is described by the COB as it “affirms the current Book of Discipline language and places a high value on accountability.” This approach is the most popular among evangelical and traditionalist United Methodists. It would require major efforts at accountability, including church trials and the “voting out” of bishops and annual conferences from United Methodism in order to be effective.

Sketch #2 is described by the COB as it “removes restrictive language and places a high value on contextualization. This sketch also specifically protects the rights of those whose conscience will not allow them to perform same gender weddings or ordain LGBTQ persons.” This model is the most popular among so-called “centrist” or moderate United Methodists. It would neither affirm nor prohibit same-sex marriage and the ordination of non-celibate LGBTQ persons. The decision would be left up to individual pastors and annual conferences. This plan has been floated before and did not find success at General Conference.

Sketch #3 is described by the COB as “grounded in a unified core that includes shared doctrine and services and one COB, while also creating different branches that have clearly defined values such as accountability, contextualization and justice.” This model would dispense with the current five geographical jurisdictions and replace them with three branches, each with a defining theology and moral stance. This option is the most complex and the most difficult to adopt, since it would require constitutional amendments.

It should be noted that the COB descriptions do not indicate how the central conferences outside the United States are accounted for in each of the models. It will be important that whatever proposal adopted by the General Conference considers fully and fairly its impact on the central conferences, so as not to harm them.

These proposals suggest that there are two theological roads that are diverging in The United Methodist Church. One road believes that the practice of homosexuality is incompatible with Christian teaching, and that God is not glorified by this practice. Out of that theology flows the prohibition of same-sex marriage and the ordination of non-celibate LGBTQ persons. At a deeper level, this theology is based on an understanding of Scripture that gives the Bible primacy in determining what we believe and how we are to live. It values continuity with the historic Christian understanding of Scripture. Holders of this viewpoint are often called evangelicals, traditionalists, or orthodox.

A second road believes that God creates persons with a variety of sexual orientations and gender identities, and that God is glorified by persons who understand and live out of their authentic orientation and identity. Out of that theology flows the affirmation of same-sex marriage and the ordination of non-celibate LGBTQ persons. At a deeper level, this theology is based on an understanding of God’s revelation as continuing over time, based on but sometimes superseding the witness of Scripture. It values the incorporation of new insights and new understandings from science and philosophy that can reinterpret or even render obsolete the teachings of Scripture. Holders of this viewpoint are often called progressives.

These proposals also suggest that there are two strategic roads that can be taken. A choice will need to be made between separation from and separation within. Both Sketches #1 and #2 envision the creation of a fairly univocal and united Methodism, from which those who cannot live with it will need to depart. In the case of Sketch #1, it is clear that progressives will need to depart and form their own separate church. Many progressives have said that they will not willingly depart. Their goal is not to form a separate denomination, but to change The United Methodist Church to an affirming view of LGBTQ practices. Progressives would need to be forced out, which would require years of accountability actions, trials, and discipline. It would have to overcome the reluctance of our current bishops to enforce the Discipline. This model would not end the fighting within our denomination and therefore would face a very difficult challenge in succeeding, even if adopted.

Sketch #2 is a bit more subtle. On the surface, it purports to create a space where each person can act according to his/her own conscience and beliefs. However, this model is inherently unstable. It is impossible for a church to hold two contradictory theological positions at the same time for long. Many evangelicals will choose to depart from the denomination because they cannot in good conscience be part of a church that permits practices that they believe go against Scripture. Many progressives will not rest until LGBTQ persons are fully affirmed everywhere in the denomination. They cannot long tolerate a situation where parts of the church are allowed to discriminate (in their view) against LGBTQ persons. So the pressure to affirm LGBTQ practices will continue, which pressure will in turn drive more evangelicals to depart from the denomination. The whole “centrist” approach appears to be a strategy to hold as much of the church together as possible while people either die or change their minds to embrace a progressive understanding.

Sketch #3 takes a different route. Rather than the separation from that will result from following models #1 or #2, Model #3 provides for separation within the denomination. A space would be created for each theological perspective–one that affirms LGBTQ practices and one that does not. A third space would allow such practices, but not require them. The individual spaces or branches would be the primary place where theology and ministry would be worked out and applied. Accountability would be maintained in each branch according to that branch’s understanding. Each branch would have to have the ability to determine its level of participation in any shared general agencies of the church. Each branch would have to have the ability to set its own standards and qualifications for clergy. Each branch would have to be able to elect its own bishops. And each branch would have to be financially self-supporting, such that funding is not going to support a branch that is in disagreement with the branch providing the funding. (Some have called this provision a “financial firewall.”)

For those thinking outside the box, this third model may hold the greatest potential for keeping the most people and congregations in The United Methodist Church. However, it is also the most difficult to adopt and implement. It would require numerous constitutional amendments, which takes a 2/3 vote at General Conference and a 2/3 vote of all annual conference members. There would need to be a several-year transition period of implementation, as annual conferences and congregations, as well as bishops and individual clergy, make their choices about which branch to affiliate with. If quick and easy are the requirements for a solution, then Sketch #2 is probably the best option. If one is looking at a way to keep the most people united, then Sketch #3 could fill the bill.

For further analysis of the three models in sketch form, I recommend blogs by David Watson and Joel Watts. Obviously, we need to have a lot more details about each of the options in order to fully understand and respond to them. Much more will need to be said about them, examining both the positives and the negatives of each. But we now have enough of an idea that we can begin to think about the possibilities inherent in each approach.