Traditionalist Apprehension about a Post-Separation UMC 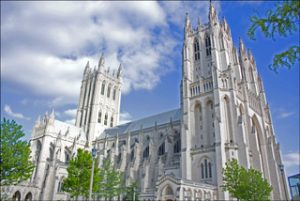 Last week, I reported that the Western Jurisdiction was beginning a yearlong campaign to prepare for General Conference and the ensuing separation provided by the “Protocol for Reconciliation and Grace through Separation.” This very appropriate work by the Western Jurisdiction joins the work of the Wesleyan Covenant Association and other groups who are preparing for what Methodism will look like post-separation.

The Western Jurisdiction makes an explicit effort to welcome traditionalists to remain within the post-separation United Methodist Church. They aspire to provide “a home for diverse people, ideas and theological perspectives.” They assure that “individual clergy and congregations will not be forced to conduct or host same sex marriages.”

Would traditionalists be welcome in a post-separation United Methodist Church? The Western Jurisdiction responds: “Yes, they will be welcomed and encouraged to stay as part of The United Methodist Church, but must be willing to accept that others hold different views and will have a right to conduct same-sex marriages and ordain qualified lesbian, gay, bisexual, and transgender persons.” (Unanswered is the question of whether pastors appointed to traditionalist congregations will share that church’s traditionalist views or instead be an advocate for the new liberal perspective.)

According to plans submitted to General Conference, centrists and progressives envision a church where each region of the global church will be able to set its own policies (as proposed by the Connectional Table ). That means U.S. United Methodists would not be governed by the global church, but by only the U.S. portion of the church. Thus, more traditionalist African voices would have no influence on U.S. church teachings or practices.

Traditionalist apprehension is growing each day that the current same-sex marriage controversy within The Episcopal Church unfolds. After all, The Episcopal Church is United Methodism’s closest sibling mainline denomination. (Their General Convention occurs every three years instead of every four.) Follow this trajectory of how that church’s policies evolved:

Where orthodoxy is optional, orthodoxy will sooner or later be proscribed. … Orthodoxy, no matter how politely expressed, suggests that there is a right and a wrong, a true and a false, about things. When orthodoxy is optional, it is admitted under a rule of liberal tolerance that cannot help but be intolerant of talk about right and wrong, true and false. It is therefore a conditional admission, depending upon orthodoxy’s good behavior. The orthodox may be permitted to believe this or that and to do this or that as a matter of sufferance, allowing them to indulge their inclination, preference, or personal taste. But it is an intolerable violation of the etiquette by which one is tolerated if one has the effrontery to propose that this or that is normative for others.”

For the purposes of this article, I take “orthodoxy” to mean the church’s traditional understanding of marriage as between one man and one woman, and that sex should be reserved for marriage.

The Episcopal sequence of events is discomforting. For those clergy and laity who will be required to make a decision, there is a legitimate concern that they will find little tolerance from those who value diversity of opinion when traditionalists advocate for a biblical definition of marriage between one man and one woman as being God’s intention for all of humanity.

Many traditionalist Episcopalians believed in good faith eight years ago that their theological commitments would be honored and guarded in their evolving denominational situation. Today, the situation for traditionalists in The Episcopal Church looks dire.

The real question is not whether traditionalists will be tolerated or even welcome in a post-separation United Methodist Church, but will they ultimately suffer the same fate as our Episcopal brothers and sisters.

The post-separation United Methodist Church envisions a diversity of views on the definition of marriage, but it is not difficult to imagine that official church teaching will embrace same-gender marriage and LGBT ordination. The pressure of “church culture” will (intentionally or unintentionally) move traditionalist clergy and members toward accepting that understanding. The presence of traditionalist views within a post-separation UM Church will undoubtedly diminish and eventually fade away.

Once traditionalists adopt the position that the clear biblical teaching on marriage and sexuality is only one acceptable viewpoint among many, they may find themselves unable to maintain other distinctive traditionalist understandings of Christian doctrine and practice. That is one of the lessons from the Episcopal saga.

As we begin to prepare for the 2021 General Conference and life after separation, it will be important for traditionalists to consider how these questions surrounding marriage and human sexuality will affect their denominational membership. For some, this decision will be heart wrenching. We will all need much prayer and a greater measure of God’s grace as we move through this difficult time.