Snake in the Manger 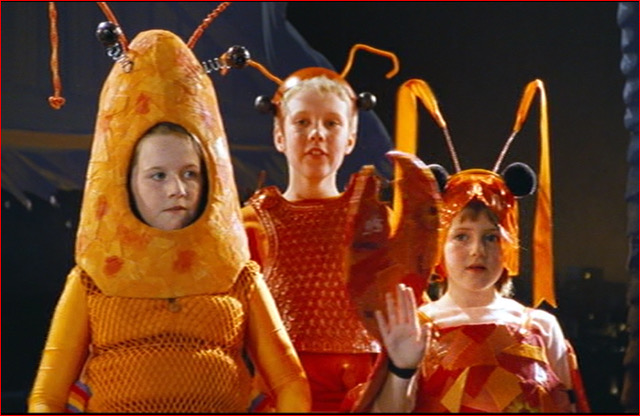 One of my dear friends bought a Christmas tree ornament featuring the Grinch in a Covid-19 mask muttering, “2020: Stink, Stank, Stunk!” That exasperation and frustration is shared by so many.

Thankfully, some of our holiday traditions were able to be modified and reconfigured: Santa sat behind a plexiglass barrier at the mall to keep the kids safe. Hand sanitizer bottles and air-kisses replaced smooching under the mistletoe. Outdoor carolers wore those plastic face shields in order to keep audiences out of harm’s way as they sang “Joy to the World.”

Obviously, other Christmas traditions were not able to be modified. There are precious absent loved ones who would normally be sharing in the festivities. This year, instead, we will be cherishing our past memories with them.

Amongst my own family, the tradition of over-exaggerated yelling and cheering as gifts were opened ended up being toned down. We even connected via FaceTime with family members who were homebound.

What didn’t change, however, was separating the crumpled wrapping paper from the bows that can be reused next year. Sadly, the decorations will soon be packed away and the Christmas tree will be at the curb.

For many Christians around the world, however, the Christmas season only begins on December 25 and is observed over the next 12 days until Epiphany (January 6) – marking the visit of the Magi to the Christ child and the revelation of God becoming flesh.

Remember the song “The 12 Days of Christmas,” with its Turtle Doves, French Hens, Swans-a-Swimming, and Pipers Piping? There are all kinds of theories about the song’s origin, including it being used as a catechism tool to teach theology. Among the Geese-a-Laying and the Maids-a-Milking, there was supposed to be a symbolic spiritual message generations ago.

One of the visual storytelling traditions that will have to wait until after the pandemic is the performance of Christmas pageants. In our modern era, the quirky British comedy Love Actually inevitably shows up on television at Christmas time. One of the more memorable scenes is when Daisy (Lulu Popplewell) proudly tells her mother Karen (Emma Thompson) about her role in the Christmas play at school.

Karen: In the nativity play?

Karen: There was more than one lobster present at the birth of Jesus?

The nativity play ends up being the climactic conclusion to the movie. Not only is the lobster on stage, but she is joined by an octopus, a few penguins, Spiderman, and an assortment of other peculiar creatures.

That scene came to mind several years ago while I was visiting the set of The Nativity Story – a charming film about the birth of Christ. As we were checking out the cave-like location in Matera, Italy, for the manger scene, a five-foot black snake slithered through as though he owned the place.

As alarming as it seemed, it should not have been terribly shocking. Matera is an ancient city known for its neighborhoods that are literally carved out of rock. It is an ideal home for slinky, slithering, and creepy animals of all varieties – perhaps a little like Bethlehem.

Like a lobster (or Spiderman), a snake is an unlikely character for a nativity scene. Nevertheless, its appearance seemed strangely fitting to the incarnational reality of Christmas. After all, at the precipice of hope and redemption, evil lingers and looks for a way to corrupt.

In reality, it is difficult to downplay the seemingly raw scandal involved with the birth of Christ, but somehow we have managed. Perhaps we have anesthetized the story’s sting since it took place long ago and far away.

At Christmas, we properly celebrate the birth of Jesus. What we don’t dwell on is the horror that surrounds it. No matter how elaborate our nativity scenes may be, they seem to have the antiseptic cleanliness of the crosses that we wear as necklaces. Just like you don’t see blood stains on sterling silver jewelry, you don’t really get a sense of how Christmas may have been anxiety-ridden, unsanitized, and vile – a little like real life.

We don’t often think about Herod ordering the infanticide of all little boys 2 years old and under after the Magi asked him about Jesus. With the slaughter of the innocent, Christmas ends up as gruesome as Good Friday.

We don’t often think about Joseph’s dilemma in discovering that his fiancée was pregnant. Would he divorce her? According to the law of that day, he would have been within his rights.

We don’t often think about a frightened, unmarried teenage girl who has been told she will carry the son of God in her belly. How could she explain that to her family and friends – let alone to the man to whom she pledged her faithfulness?

We don’t often think about an elderly religious man telling the teenage Mary, “This child is destined to cause the falling and rising of many in Israel, and to be a sign that will be spoken against, so that the thoughts of many hearts will be revealed. And a sword will pierce your own soul too”

As we have learned this year, holidays don’t suspend dark clouds. Not even Christmas can cancel out the tragedies and hardships of everyday life. Car accidents. Family disputes. Medical emergencies. Bad news slithers on despite the holidays.

Christianity does not pretend that hardships will not occur. Nevertheless, faith, hope, and love are the pivotal factors that sustain and strengthen in the darkest of seasons. Most importantly, we depend upon God’s abiding presence. “I am convinced that nothing can ever separate us from God’s love,” wrote St. Paul. “Neither death nor life, neither angels nor demons, neither our fears for today nor our worries about tomorrow – not even the powers of hell can separate us from God’s love” (Romans 8:38, NLT).

Go ahead, sing “The 12 Days of Christmas” with gusto – while you sing in the shower. Feel free to chuckle about the oddly-placed lobster and octopus and penguins and Spiderman in the nativity scene. But don’t dismiss the snake in the cave as a joke. At Christmas, the historic Book of Common Prayer intones: “Almighty God, you have poured upon us the new light of your incarnate Word: Grant that this light, enkindled in our hearts, may shine forth in our lives; through Jesus Christ our Lord.”

Even though a snake may slither through the manger, Christmas remains the only light sparked in a cave that can illuminate the human soul and bring peace in the midst of chaos.