Two recent guest commentaries by the United Methodist News Service (UMNS) warrant a response. Both pieces are critical of conservative United Methodists. One, without evidence, makes a scurrilous claim about the work of evangelical groups at General Conference. And the other is a retired bishop’s attempt to blame others for the crisis now confronting our denomination. 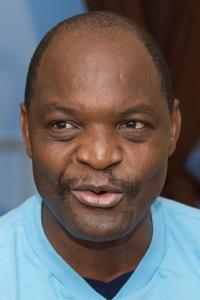 In early January, UMNS posted Zimbabwean Rev. Lloyd Nyarota’s commentary where he makes the sensational claim that conservatives in the U.S. “have managed to drag my [African] brothers and sisters by the collar to vote with them” at General Conference.

Nyarota, presently living in Alberta, Canada, serves a two-point charge for the United Church of Canada. Although he has never served as a General Conference delegate himself, he has worked in the corridors of the conference as a consultant for the UM’s reflexively liberal General Board of Church and Society.

Here at Good News we understand commentary; we write a fair bit of it ourselves. But thankfully our editor exercises a sharp pen when it comes to claims that have no basis in fact, even in commentaries.

Nyarota’s audacious accusation is not supported by any evidence. He went on to claim, again without evidence, that the relationship between Africans and US conservatives “is like that of a horse and rider, which is more colonial.”

We would have considered this fair game if Nyarota had produced just one African General Conference delegate (there were several hundred) who would have concurred with his claim or given some evidence of how it is based in facts or even an interpretation of them.

Had African delegates to General Conference been asked, they would have testified that the working relationship between themselves and U.S. evangelicals is one of partnership. Ultimately, it was General Conference delegates of all stripes that empowered Africans as equals at General Conference. This was evident by the unprecedented number of Africans elected as legislative committee officers and other positions of leadership and responsibility in 2016.

More recently there is the case of retired Bishop William Lewis’ commentary, a post loosely in touch with reality. 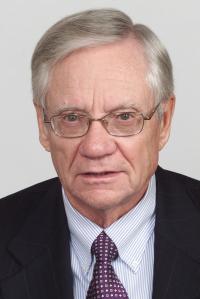 culture of Wilmore, Kentucky, and … the Tenderloin District in San Francisco.” We don’t know whether to be offended or flattered by the bishop’s flamboyant hyperbole, but we do know he is asking his readers to believe the preposterous.

The idea that Wilmore, Kentucky (aka, Asbury Theological Seminary and Good News), and United Methodists attending church in the Tenderloin District of San Francisco (aka, Glide Memorial UM Church) have wagged the institutional dog for the past five decades is simply not true. The debates over homosexuality and how to define the institution of marriage have not only demanded the close attention of mainline Protestants and Roman Catholics, they have also been addressed in local, state and federal legislatures, and adjudicated by courts at every level. It is fair to say the debate over these matters has been one of the most contested issues our culture has addressed in the past 50 years.

But according to Lewis, most United Methodists are “hardly aware [the debate] is going on, … and [they] don’t get bent out of shape about it.” They are “unwitting victims of [a] conflict” ginned-up by extremist on the left and the right in San Francisco and Wilmore. Please.

If rank-and-file United Methodists are unaware General Conference has been debating these issues for the past 45 years, then they are being ill served by clergy and its denominational leaders. The church seldom gets the luxury of choosing the issues it must confront. And when it tries to pretend particular challenges do not exist, it is only sowing the seeds for a greater crisis in the future.

We’ve heard this claptrap from UM Church institutionalists like Lewis for many years now. It insults people’s intelligence and impugns the motives of those on the left, right, and in the center who genuinely believe issues of justice, morality, long held church teachings, Scriptural interpretation, and the institution of marriage are all at stake.

Lewis, instead, takes a high-handed view of the more public parties to the debate. He blames them for the crisis now confronting us. As he puts it, people in the “Tenderloin District,” who want what they want, and a “Wilmore faction that has become an extensive enterprise … have fueled the greatest threat to the unity of the denomination in more than a century.”

This is revealing, and one of the reasons the Council of Bishops has not only failed to deal with the crisis, but has made matters worse. Lewis, like some of his colleagues, has convinced himself he bears no responsibility for it and is eager to shift blame to others. No one, more than a bishop it seems, enjoys assuming he or she is above the fray, unsullied by ulterior motives, and therefore justified in wagging a finger at the bad boys and girls on the left and right for making a mess of the church.

To be fair, the bishop does propose a solution for the crisis. But of course, it is an institutional solution, not one grounded in Scripture, church teaching, or justice, but in simple expediency. Its chief aim is to preserve the institution, which is often dressed-up in the garb of saving church unity.

For Lewis, sexual ethics and Christian marriage are matters that do not rise to the level of the general church’s concern, or not at least to a level where it needs to broadly prescribe behavior based on its ethics and how it understands the institution of marriage. Therefore, he throws his support behind “local option” plans like Adam Hamilton’s “A Way Forward” or the Connectional Table’s “A Third Way.”

On a purely practical level these plans, as their authors now acknowledge, have no chance of passing at the next or a foreseeable General Conference. To Lewis and other institutionalists’ consternation, too many delegates believe sexual ethics and teachings on marriage warrant the global church’s careful consideration and clear guidance.

But the greater flaw in these institutional proposals is how bereft they are of ecclesiological and theological reflection. They are purely practical in nature. With a kind of collective shrug, institutional proponents of these plans essentially say to LGBTQ people and their advocates, “We’re all for justice, but only in a practical kind of way. We believe you should have justice, but only in those places where other people are willing to grant you a measure of it.”

And to conservatives who are deeply concerned about rooting the community’s sexual ethics and understanding of marriage in Scripture and 2,000 years of Christian teaching, institutionalists essentially say, “We think your views on sexuality and marriage are culturally out of step, but hey, if you can get other backward people in your annual conference to go along with you, that’s your business, not ours. Just leave the rest of us alone.”

And of course it is all the easier to offer these morally bankrupt responses if you are quite sure the people you are responding to are just “factions” looking to protect their “vested interests” and “extensive enterprises,” as if you have none of your own.

The church paid two major consulting firms to tell the bishops a large majority of United Methodists have little confidence and trust in its U. S. leadership. Blithe blame-shifting commentaries offer little to nothing in restoring a lost sense of confidence and respect in our leaders.

Too many of our U. S. leaders of the past 50 years blame others for the church’s sad state of affairs even though they sought positions that vested them with the church’s executive power. It seldom seems to dawn on many of them – definitely not Lewis – that maybe if they had strenuously promoted, defended and enforced the General Conference’s teachings on these matters the church would not be facing its existential crisis.
Walter Fenton is a United Methodist clergy person and an analyst for Good News.