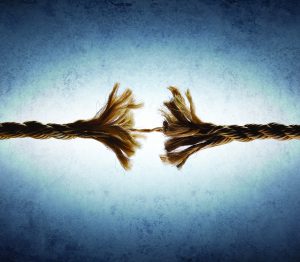 The United Methodist Church is at a crossroads. We are a divided church, and the truth is, we are a hurting church. Some believe our differences are so great and the ongoing battle so destructive that it is time to part ways. For over four decades, conservative and progressive United Methodists have expended enormous emotional, financial, and spiritual resources to gain the upper hand in a denomination that has declined every year since its founding in 1968. Surely our efforts and our finances would be better devoted to evangelism, discipleship, and missions. For the sake of the lost and the poor, shouldn’t we set each other free to pursue what we see as God’s calling upon our lives and our ministries?

Others believe we must do all we can to remain united. Those who champion this view do so because of the unity that Christ prayed for in John 17. They contend unity makes us a more effective church and therefore more likely to fulfill our mission of making “disciples of Jesus Christ for the transformation of the world.” We are better together, they claim. But, of course, that begs the question: Are we really together?

Our differences go deeper, to some of the foundational questions of what it means to be the church: Is Jesus Christ the only way to God? Is his death on the cross the only means for salvation? Are the Scriptures fully inspired and authoritative for revealing God’s will and binding on how we should live? We believe the answer to these questions is a resounding Yes! while others in the church would answer differently. The painful truth is that we cannot agree on these central matters of our faith.

When a United Methodist bishop writes that we must not make an idol out of Jesus – the definition of an idol being “a false god” – while others believe Jesus is “very God of very God,” are we together?

When a professor at one of our United Methodist seminaries teaches that other religious figures bring the same light to their followers as Jesus brings into the world, while others believe Jesus is utterly unique – the way and the truth and the life – are we together?

When one of our bishops encourages his churches to pray that we “take the next faithful step forward not based on … doctrine, tradition, or theology; judgments, fears, or convictions,” and many of us believe that it’s our theology and doctrine that tell us what it means to be faithful – are we really together?

Many also recognize there are profound differences in the way we approach the Bible. More than a few laypersons would be surprised to learn many pastors and bishops would align themselves with the approach of the Reverend Adam Hamilton, the founding pastor of Church of the Resurrection (Leawood, Kansas), when it comes to biblical interpretation. Hamilton has proposed what might be called a “three buckets” approach (he calls his three categories buckets): (1) some parts of the Bible were never actually true expressions of God’s will, so they do not apply to us, because they reflect only the time and place in which they were written; (2) other parts were true expressions of God’s will at one time, but no longer are, so they do not speak to our current context because God’s will for us has changed; and finally, (3) there are those parts of the Bible that were true, still are, and always will be.

This interpretive strategy is foreign to Wesleyanism and to orthodox Christian teaching in general. Others believe, myself included, along with the Apostle Paul that “all Scripture is God-breathed and is useful for teaching, rebuking, correcting and training in righteousness” (2 Timothy 3:16). We are profoundly uncomfortable with the idea that certain parts of the Bible can be discarded because, contrary to what the church has believed for two thousand years, we who live in and have been influenced by a postmodern culture now know better. When we do not agree on the inspiration and authority of God’s word – are we really together?

The inspiration of the Bible. The divinity of Christ. How we are saved from our sins. How we determine God’s will for our lives and for the church. These are not small matters. They strike to the core of what it means to be Christian. If United Methodists are not together on these foundational issues – and we’re not – can we really claim that we are together as a church?

The United Methodist Church in general has been able to overlook some of these differences because we do not vote on them at General Conference. And many pastors are careful not to reveal to their congregations their less than orthodox beliefs. They know the uproar it would create if they were open and honest about their views. As progressive pastor Rev. Tom Griffith stated years ago in his article in Open Hands, “Give a Cheer for Our Evangelical Brothers and Sisters”: “Although the creeds of our denomination pay lip service to the idea that scripture is ‘authoritative’ and ‘sufficient for faith and practice,’ many of us have moved far beyond that notion in our own theological thinking.”

Griffith continued, “We are only deceiving ourselves – and lying to our evangelical brothers and sisters – when we deny the shift we have made. … We have moved far beyond the idea that the Bible is exclusively normative and literally authoritative for our faith. To my thinking, that is good! What is bad is that we have tried to con ourselves and others by saying, ‘we haven’t changed our position.’ ”

But for over forty years we have had a very public and divisive debate about our church’s sexual ethics. Our differences regarding this important and sensitive topic have become painfully apparent. That division has grown to the point that The United Methodist Church is now in crisis. So much so that in 2016 the General Conference instructed the Council of Bishops to create a commission to develop a plan to end the rancor that has come to characterize General Conferences and much of the life of the church.

Even with our differences regarding sexuality and marriage, we have been able to stay together as a church so far because we have had a common practice. We committed ourselves to welcoming all people to receive the ministries of the church, regardless of how they identified in terms of gender or sexual preference. We also agreed that our pastors would not marry same-gendered couples, nor would “self-avowed practicing homosexuals” be ordained to the ministry. Though evangelical United Methodists believe Scripture speaks clearly against same-sex practice, we could live in a church with different opinions because we had a gracious, biblical position we all covenanted to uphold.

Of course, that’s where we were, not where we are. One of our US jurisdictions has now elected a married, lesbian bishop who has stated that she has presided at approximately fifty “holy union” ceremonies for gay couples. Many other pastors (including at least one bishop) have performed same-sex marriages, and the defiance of some has been met with as little as a twenty-four or forty-eight hour suspension. Others have been tasked with writing a paper on why the church should liberalize its teachings on marriage. In other instances, bishops have completely dismissed  complaints filed against pastors who performed same-sex weddings. At this point a number of annual conferences and boards of ordained ministry have defiantly and publicly rejected our church’s ordination standards. And even though our Judicial Council has ruled their defiance out of order, at least two have voted to ignore the council’s decision. One bishop, in defiance of the church, has even commissioned and ordained openly gay, partnered clergy.

In a recent address, Bishop Scott Jones stated, “Twelve of our [US] annual conferences are in schism right now. They are unwilling to live by our covenant and that places them in schism. This is the first time that bishops and conferences have deliberately disobeyed the General Conference since 1844.”

Twelve annual conferences. That’s over one-fifth, and there are others who do not live by the Discipline; they just haven’t stated so publicly.

Before we can begin to answer the question, “Are we better together?,” we must first ask, “Are we together?” Regrettably, the only honest answer to that question is to frankly acknowledge we are not.

Many of our churches no longer use official United Methodist curriculum in their classes because they do not trust it. Many of our congregations no longer pay all of their apportionments because several of our boards and agencies are unaccountable to the local church and promote progressive causes contrary to Scripture. Many of our largest churches no longer include “United Methodist” in their names because they believe our “brand” has been tainted and therefore being associated with it harms their ministry. Some churches, including two of our largest, have even left the denomination because they felt the turmoil in the church impeded their ministry.

Are we still one church? If we are, then we cannot act as if we are two. If we are two churches, then we should no longer pretend to be one.

Every pastor who has been ordained in the United Methodist Church and every layperson who has joined since 1972 knew or should have known the church’s position that the practice of homosexuality is incompatible with Christian teaching. Over thirty years ago (1984), General Conference voted to prohibit the ordination of “self-avowed practicing homosexuals.” And for more than twenty years (beginning in 1996) the church has instructed pastors not to perform same-sex marriages. Of course, persons who disagree with the church’s positions have every right to advocate for change. But what they do not have is the right to defy our teachings and at the same time condemn and attempt to shame others who support the church’s views.

We in the United States must constantly remind ourselves we are a global church. Therefore, we must recognize that the vast majority of United Methodists believe our teachings are graciously stated and well grounded in Scripture and rooted in two thousand years of Christian tradition. They have been taught and practiced by Christians in all times and in all places, and still are today. Only a small and struggling minority of US Protestant churches has endorsed teachings to the contrary. We should not strive to be like them.

People on all sides are sincere in their beliefs and committed to them. For the sake of justice, progressives feel duty bound, on their reading of Scripture, to work for the full inclusion of LGBTQ persons in every aspect of the church.

We evangelicals cannot change our position without, in our own minds, compromising our belief in the inspiration and the authority of the Bible. That’s something we will never do. What’s the solution? More fighting and endless debate? Stricter rules and stronger punishment? Another forty years of delusional thinking that if we just stay at the table, debating and arguing with one another, we will be able to reconcile irreconcilable positions?

No. Now is the time for us to honestly acknowledge we are no longer together, and pretending we are is not a viable option. The best way forward is a fair and amicable separation, where both sides are free to pursue what they believe God is calling them to do.

Rob Renfroe is the president and publisher of Good News. He is the author of several books, including the brand new Are We Really Better Together? with Walter Fenton (Abingdon 2018). This excerpt published from that book by permission.