Erin wasn’t excited about the four group sessions scheduled for the Winter Retreat Weekend. She didn’t really consider “the religious stuff” at youth group to be all that interesting. But she was willing to go along anyway because a lot of her friends were going, there was going to be a ski slope, and her parents were not going to be there. 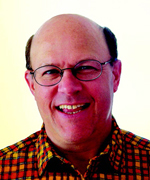 In effect, Erin is at what might be described as the Grow Level of spiritual commitment – students within our program environment who are willing to submit themselves to spiritual growth. It probably represents the commitment level of a majority of the teenagers in most of our youth ministries.

Targeted (or Intentional) programming begins with a simple notion: Effective youth ministries meet kids where they are – wherever they are – in the odyssey of faith. They think about where their students might be in their various faith journeys and then they intentionally develop and target programs that meet them in that place.

In the last issue of Good News, part two of our series on Targeted Programming, we looked at what we described as the Come Level of spiritual commitment. That would be more typical of Erin’s boyfriend, Peter. He chose not to go on the Winter Retreat. He loved snowboarding and he really liked Erin, but he had an acute allergy to spiritual matters. He decided to take a pass. He reasoned that four Bible studies was too high a price to pay even if it meant being close to his favorite sport and his favorite girlfriend.

Grow Level kids aren’t hungering and thirsting for spiritual growth, but they are willing to tolerate it… if food and friends or some other payoff is part of the package! It may be more accurate to say: they aren’t hungering and thirsting for the Word; they’re just hungry and thirsty! They haven’t come to youth group to study Ruth and Paul, they’ve come to study Russ and Katie. Oh sure, they may expose themselves to some “Bible lesson” or “small group deal,” but they’re willing to tolerate the spiritual input only to reap the payoff of an atmosphere they enjoy. That is the difference between students at the Come Level and students at the Grow Level. Grow Level kids are, at least, willing to tolerate spiritual growth.

Wise youthworkers will be grateful for both students. Intentional youthworkers will affirm both teens for where they are, while praying and working to take them both to deeper levels of commitment. One of the stunning traits of Jesus’ ministry was his willingness to care about, love and relate to people not because they had expressed spiritual interest, but simply because they were people – people created by God and loved by God.

Because so many of our students are typically at the Grow Level in their spiritual commitment, we probably would do well to remember that willingness to grow is not the same thing as commitment to growth. We should not assume that a teenager at weekly Bible study is hungry for spiritual food and willing to take the initiative to get it. That’s a consideration to remember in preparing weekly Bible studies for youth group. That doesn’t mean we should shortchange Bible study in favor of “fun and games.” It means we shouldn’t equate presence with interest. Getting kids in the room is only half the battle. The key to building in Grow Level students a deeper faith is meeting them where they are, but then enticing them, provoking them and challenging them to go deeper. Their presence gives us an opportunity; it does not give us their attention span. We’ll have to earn that by speaking to their needs, in their language, in ways that make sense to them. But, at least they’re in the room; it’s hard to hear from the outside.