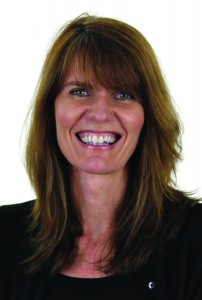 Those of us in the missionary community get to hear stories of extraordinary fruitfulness. For example, a TMS Global missionary family serving for the past 16 years in Peru recently reported that more than 8,200 people in 13 states in Peru are being discipled. This all started in 2006 with only three small groups meeting in this family’s house.

But as you know, in ministry there are other smaller, quieter happenings. These might go untold because they might seem to us too unremarkable or too unfinished to seem worthy to mention. They might be the planting parts, not the harvesting parts. They might be the details of the times when nothing, or only the most miniscule thing, appears to be happening. I sometimes wonder if missionaries – and all of us – hesitate to tell those bits. After all, says author and spiritual director Mark Yaconelli (Nomad, podcast 114), most people don’t tell our story until there is a happy ending. Is it okay to testify about the middle parts, even before we know how it all turns out, even before everything seems resolved?

Recently, I heard the telling of a “middle part.” One of our missionaries, Sue Fuller, who has served for the last 22 years among orphans in the Russian Far East, recalled events of a particular week. She and her-then roommate, Ari (who now serves on the home office staff), had enjoyed a day with the girls of the orphanage. They decided they would also plan a fun event for the boys. Planning for boys, though, seemed less intuitive. So they did what they knew to do. They planned food (always a winner) and karaoke (which is apparently big in Russia). The event all went well enough, although pretty low-frills in their eyes. They just hoped the orphan boys felt loved and had a good time.

But then days later, Sue overheard one of the boys talking about it to a friend. He told details about every single thing he ate and every song they played. And then this young orphan boy told his friend, “It was the best day of my whole life.”

From this account, we don’t know what happens next in the life of this young orphan, for whom one karaoke-and-snacks event was his all-time highlight. Even so, the graces in this story stand out like the colors of a sunrise. I love that Sue took note of them.

Pay attention to the graces; hunt for them, our TMS President Max Wilkins told the audience of a recent event. “Heaven and earth are full of the glory of God. …We train our missionaries to go as ‘glory sighters.’” And our missionaries are some of the best “glory sighters” I know. Eagerly, they spy out the signs of God’s activity, even in the seemingly bleakest settings.

For example, Kathleen,* a TMS Global missionary and nurse, was working in a hospital in one of the most difficult areas in Southeast Asia. When she was asked why she stayed, here is how she answered: “Why do I stay in this sweltering, filthy, difficult place? It’s not as hard a question to answer as some might think. Jesus is here in this place. I see Him all around me. I see Him in the gentle touch of the nursery staff as they attempt to care for too-small, too-weak infants who are often lying three to a crib. I see Him in the sorrow on a father’s face as he sits at the bedside of his child slowly squeezing an ambu bag because there are no more ventilators available. I feel Him with every new experience, every new story, one more baby who won’t die in a sack in a drainage ditch, one more daughter-in-law who won’t be beaten to death, one more child who won’t be sold into slavery, one more family laughing, dancing, and rejoicing in their new-found hope in a Savior called Jesus. This is a place surrounded by hardship, discouragement, struggle, and frustration. This is the Garden of Gethsemane. Jesus is sweating great drops of blood here, and I want to be with Him.”

You and I might not often see like Kathleen and Sue. It’s easy to view the world through lenses of dull gray. After all, notes Eugene Peterson, “We do not live in a world that promotes or encourages wonder.” And yet into this world the kingdom of God has come. The crucified Christ is risen. The whole earth is full of His glory. Like these missionaries, we can learn to see with new eyes. We can develop a disposition of awe. We can learn to “rejoice in the Lord always” (Philippians 4:4). “We have to cultivate responses of awed reverence,” says Peterson, “or risk missing the very heart of what is going on.”

Ruth A. Burgner is the senior director of communications for TMS Global – www.tmsglobal.org. *A pseudonym.