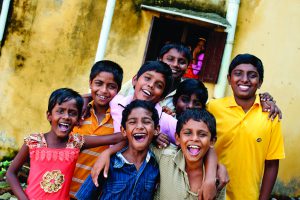 Did you know that Methodism has been in India for a long time? I didn’t. For me – for many – the Methodist Church and the country of India intersect only in the work of the illustrious E. Stanley Jones, 20th century Methodist missionary giant and friend of Gandhi. But Jones’s seminal work, Christ of the Indian Road, was written 69 years after the first emissaries from the Methodist Episcopal Church in America arrived in the then-state of Oudh.

Not only has Methodism been in India 161 years, Methodism maintains a prominent place in the Indian pantheon of faiths. The autonomous Methodist Church of India has 12 regional conferences under 6 Episcopal areas. Total membership for the MCI and the Churches of North and South India (members of the World Methodist Council) approaches 5,648,000. (To put that in perspective, total membership for the UMC in the U.S. in 2015 was 7,067,162.)

This historic and ongoing connection is one of several compelling reasons why United Methodists should take note of recent events in India. What has happened to Christian ministries there matters to us, because we share with them the purpose of “making disciples of Jesus Christ for the transformation of the world.” Further, what happens next may depend on us, because ever-fewer disciple-makers remain in place. 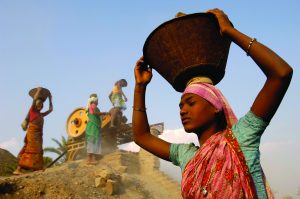 On March 15, 2017, Compassion International – the Christian global ministry giant specializing in serving vulnerable children– ended 50 years of Indian ministry. Nearly 150,000 children who had had access to food, clean water, medical care, education, and the encouragement of foreign sponsors and local community centers, lost access to all of the above in the space of a day.

Why? Well, we’ll start with the politically correct, official, version of what happened.

In reality, Compassion is the largest of hundreds of charitable (mostly Christian) non-government organizations (NGOs) being systematically ousted from India, because the prevailing worldview of the most recently elected regime there has influenced the way the law is applied. The issue is not whether Compassion violated or failed to compromise on some obscure regulatory code embedded in Indian tax law. Nor is it that the Indian government misinterpreted its own laws for financial gain. Rather, the issue is that a Hindu Nationalist regime cannot be true to its own principles while accommodating foreign operatives who have overtly Christian motives.

Stating these truths – politically incorrect as they are – has to be our first step in identifying what challenges may lie ahead for Methodist brothers and sisters who remain in place in India.

Next steps include cultivating a basic understanding of the ways Hinduism and Christianity are mutually exclusive. For example, the caste system. Officially extinct but actually in full force and effect, especially in rural areas among the poorest poor, this system categorizes Indian citizens into spiritual social tiers, between which there is no movement. The tiers and one’s place in them, are fixed and connected to the Hindu doctrine of karma. Karma explains a person’s life station and suffering as part of the cycle of existence; repeated reincarnations allow a human soul to make reparations for past sins in past lives. Progress can occur with each rebirth of the soul, as good works accrue and past sins are expiated. This progress leads the soul toward transcendence – moksha.

For a Hindu, serving the poor and marginalized can be personally expedient, because good deeds build good karma for oneself; this in turn accelerates progress toward moksha. But at the same time, one must not interfere with the karma of those being served. Within Hinduism, to artificially elevate someone to a different life station is to condemn them to further incarnations in which penance is required – delaying moksha and actually prolonging suffering. Politically incorrect to acknowledge, but nevertheless true: Karma provides justification for non-interference in the cycle of suffering – and karma labels indifference to the desperately poor a moral good.

By contrast, the Christian doctrine of reconciliation to God and equality in the eyes of God requires Christians to embrace and serve the poor as family, literally! Jesus gathered in the marginalized and comforted the forsaken, so Christians must do likewise. Historically, Methodists have applied this doctrine of reconciliation by founding and funding institutions whose very purpose is the interruption (and abnegation!) of the cycle of suffering: orphanages, schools, soup kitchens, hospitals, ministries of healing and help.

We United Methodists share the Indian dilemma faced by Compassion and ministries like it. Looking at a country where an estimated majority of the world’s poorest poor live, our Christian work appears urgently relevant and necessary. But the government which can give or withhold access to its needy population literally sees things differently. 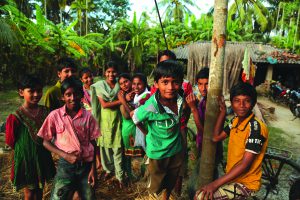 Hinduism protects the status quo as just and right within karma, and understands the alleviation of suffering as more harmful than the suffering itself. Christians challenge the status quo as part of the call to transform the world in Jesus’s name. Such deep contradictions in basic understandings of human worth, life purpose, and duty to fellow man must be acknowledged, no matter how politically incorrect such acknowledgement feels. To do otherwise – to “explain away” the situation in India as some petty money matter – makes a mockery of both Hindu and Christian belief systems.

The world of diplomacy often treats belief systems as side issues. But the inconvenient fact is that governments legislate based on systems of belief. These belief systems are not interchangeable. Indeed, they are often mutually exclusive.

Rather than capitulate to the stalemate of the world’s status quo, Christians must stand firm on the faith that puts the world in its proper perspective. We serve a God who is neither constrained nor confused by the idiocies of political correctness!

John Wesley’s example of persistent, faithfully offensive shrugging off of the world’s expectations of him surely makes Methodists uniquely qualified to handle situations like the one in India. And E. Stanley Jones’s testimony to the cross-cultural power of Wesleyan witness within the specific context of India surely applies all the more urgently today. Perhaps it is within the unique, Methodist application of the gospel that we may find the way forward for ministry in India (or anywhere the gospel is officially rejected)?

As Wesley taught us, we are to be people of One Book and servants of One Master. Because the children of India are children, and because they are suffering, and because we are Christians, we must be moved to compassion. “Little children, let us love, not in word or speech, but in truth and action” (1 John 3:18).

Following the example of Christ, who admonished his disciples when they prevented the children from drawing near to Him, we must find ways to serve the poor children of India. We must look beyond the shrugged shoulders of worldly governments and rely on the One on whom rests all the authority of the cosmos. “… our citizenship is in heaven, and it is from there that we are expecting a Savior, the Lord Jesus Christ” (Philippians 3:20).

For our part, United Methodists should pray that Christian and other non-profit humanitarian organizations would be permitted to resume their work in India. We should also pray that a new generation of Hindi-speaking Christians be granted wisdom in order to reach India with the love of Jesus. Lastly, we should pray that the hearts and minds of the government officials working with Prime Minister Narendra Modi would be softened and changed.

Perhaps the words of Jesus himself define the terms of our obligation most clearly: “Take care that you do not despise one of these little ones; for, I tell you, in heaven their angels continually see the face of my Father in heaven” (Matthew 18:10).

Politically incorrect and discomfiting as it may be, United Methodists cannot allow governments to dictate which children may be loved. Compassion, the organization, has been jettisoned from India for one reason: because they served the poor in Jesus’s name. Compassion, the core characteristic of Jesus, cannot be redefined in order to justify or explain away that historical fact.