Seculosity and Streams in the Desert 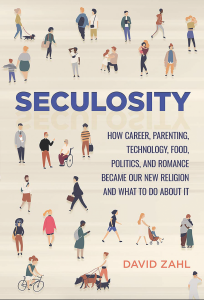 Those were the life verses of Sally, the wife of photographer Jeff Rogers. When she died in 2007 after a battle with cancer, Jeff felt as if his heart was irreversibly broken. “But to my surprise,” confesses Rogers, “something new began to happen. Scripture became more alive to me than ever before. Readings from the Psalms became clearer and more significant; in my grief and suffering the words jumped off the pages.”

Rogers’ new book Streams in the Desert features scriptural passages on suffering and hope along with 80 pages of his phenomenal images captured from around the globe. Elegantly done. (JeffRogers.com.)

Are Americans losing their religion – or simply replacing it with the orthodoxies, rituals, and dogmas of career, parenting, 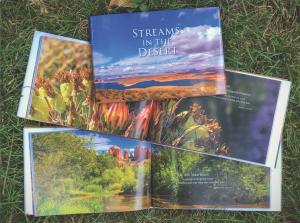 “Bombarded with poll results about declining levels of church attendance and belief in God, we assume that more and more people are abandoning faith and making their own meaning,” writes David Zahl in his insightful new book, Seculosity. What these polls actually tell us, believes Zahl, is that “confidence in the religious narratives we’ve inherited has collapsed. What they fail to report is that the marketplace in replacement religion is booming. We may be sleeping in on Sunday mornings in greater numbers, but we’ve never been more pious. Religious observance hasn’t faded apace ‘secularization’ so much as migrated … ”

As analyst of the contemporary religious scene, Zahl mixes the kind of grace and smarts that fuels his website Mockingbird (mbird.com).