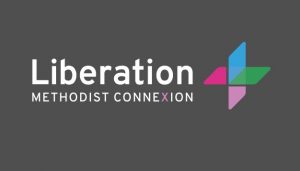 “There are no doctrinal litmus tests in the movement. We are moving beyond the supremacy of a single belief system,” said the Rev. Janet McKeithen, a member of the Connexion.

A group of progressive United Methodists and other Christians launched a new denomination named the Liberation Methodist Connexion, or LMX. The new church aims to center on the voices of people of color as well as queer and transgender individuals — those the LMX organizers see as marginalized in The United Methodist Church.

“We are a grassroots denomination of former, current, and non-Methodist faith leaders working on the unfolding of the kin-dom of God,” the Connexion says on its website. “We intentionally invite the full participation of all who are living out their God-given identities and expressions.”

Organizers announced the new denomination’s formation with an online worship service, presentation, and after-party on Nov. 29, the first Sunday of Advent and the start of the Christian year. The new denomination’s organizers, a number of whom are LGBTQ, said they feel called to act now.

“The timeline of the Holy Spirit is driving our decision to launch the LMX at this moment, and we are following her call,” the Rev. Althea Spencer-Miller told UM News by email. Spencer-Miller, a New Testament professor at United Methodist Drew Theological School, is one of more than 40 collaborators who are helping to establish the new church. She and other collaborators declined to say how many congregations or people are part of the new denomination at launch. Organizers said by email they do not want to equate worth with volume.

Among the collaborators are both United Methodist pastors and lay people, including at least three church leaders elected to be General Conference delegates or reserve delegates. The new Connexion is not asking people to choose between the LMX and their affiliations with other faith communities, Spencer-Miller said by email and at the event.

Ian Carlos Urriola, another collaborator and veteran General Conference delegate, said at the event that the new denomination plans to work with The United Methodist Church’s official racial and ethnic caucuses, “ensuring that we remain in relationship with our forebearers in the struggle.”

At this point, the Liberation Methodist Connexion has obtained tax-exempt 501(c)(3) nonprofit status in the United States. The new church also is in process of applying for a group exemption with the IRS to simplify the administrative process for its congregations and ministries.

The new Connexion has no doctrinal litmus tests, said the Rev. Janet G. McKeithen, a member of the new denomination’s working group. The LMX focuses more on actions than beliefs, Spencer-Miller later added. “We seek not answers that lead us to correct doctrines as to why we suffer. We seek correct actions, correct praxis where God sustains us during the unanswerable questions,” Spencer-Miller said during the online event.

Heather Hahn is a multimedia reporter for UM News.