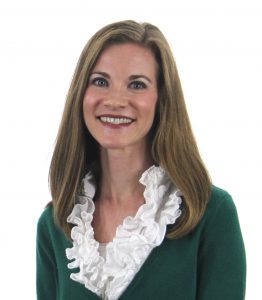 It has been a rough season in The United Methodist Church. Infighting and factions seem to receive more news coverage than the programs we created to spread the gospel, relieve poverty, help victims of natural disasters, and minister to hurting people.

When I become overwhelmed with the uncertainty of the future, I go back to our core mission: The mission of the church is to make disciples of Jesus Christ for the transformation of the world.

I think of the fourth- and fifth-grade students I teach in Sunday school, and the questions they ask as they explore faith in Jesus. I think of the people in our local church who are being discipled and growing in faith. And I think of TMS Global’s cross-cultural workers who humble and inspire me. They relate stories back to their supporters about the ways they see transformation as Jesus works in the lives of people.

For example, Arthur and Mary Alice Ivey have served in Peru for 17 years. When their three children lived and served with them, the Iveys would frequent a restaurant in Huancayo.

Willy served as a waiter in the restaurant. He would often wait on the Iveys and noted how happy they were and how much they laughed together. After watching them for several months, Willy pulled Arthur aside and wanted to know why his family was different from most families Willy knew.

Arthur shared the gospel with Willy, and he put his trust in Jesus. Willy was already attending Alcoholics Anonymous, but after coming to faith, he was completely freed of his addiction to alcohol. As Willy grew in faith, he became more and more involved in the Iveys’ ministries. Willy attended a discipleship group and learned more about Jesus and what it means to follow him. He began volunteering with short-term medical teams that traveled from the United States to serve under-reached areas in Peru.

Willy’s family noticed a tremendous change in him and became curious about his new faith. His wife, Margot, and his daughters, Nicole and Jhomara, began attending the Iveys’ weekly discipleship group. The Iveys shared the gospel with Margot, and she put her faith in Jesus. Willy learned how to share his faith in Christ through participating in the Iveys’ ministries and led his two daughters to faith. He also led his parents, in-laws, and several other family members to put their trust in Jesus.

Willy led his son, Matias, to faith, but Matias engaged in a time of rebellion for several years. He started going to pagan festivals, drinking, and experimenting with drugs. Matias eventually dropped out of school.

The Iveys and Willy spent a lot of time in prayer for Matias, and he eventually turned back to the Lord. Matias returned to school and is doing very well. He was recently baptized by Arthur and is growing rapidly in his faith.

“God has done marvelous things in the lives of this family,” said Mary Alice. “More than a dozen people have come to know Jesus as Lord through Willy sharing his faith with them.”

It’s easy to get distracted from accomplishing our core mission. I can become so focused on serving my family that I spend much more time doing chores for them than spending time with them. In the same way, we can become so involved in the politics of church that we cease to be the church in our neighborhoods, communities, and the world.

Willy invested his time and energy into sharing the gospel with his family. People came to faith through Willy’s witness, and he and the Iveys are discipling these new believers in their walk with Jesus.

Whatever the future holds for The United Methodist Church, the commission of Jesus will not change. May we look for ways to love God, love people, and make disciples despite the circumstances in which we find ourselves.

Reed Hoppe serves as the associate director of marketing for TMS Global (www.TMS-Global.org).