During the first hour of its launch event in Chicago on October 7, leaders of the Wesleyan Covenant Association (WCA) were scrambling to find more chairs to accommodate the standing-room-only gathering, as well as swaying and clapping to the enthusiastic and impromptu participation of African United Methodists during the opening worship time – a visible reminder of the global nature of the denomination. 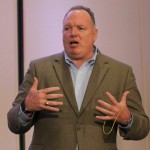 “I am convinced God is doing a new thing among those of us who claim the historic, orthodox, evangelical, Wesleyan expression of our faith,” said the Rev. Dr. Jeff Greenway, lead pastor of Reynoldsburg (Ohio) United Methodist Church, in his presentation on the group’s purpose. “I believe we are planting seeds today – that when full grown – will bear the fruit of a vital Wesleyan witness and a dynamic Spirit-filled Methodism across the globe.”

The inaugural gathering was a high-energy mixture of affirmative messages on the Lordship of Jesus, the Wesleyan drive to transform the world through Christian discipleship and social holiness, and the centrality of the Scriptures in the life of the Church.

The Chicago event was also a show of solidarity to orthodox clergy and laity in sections of the church that no longer adhere to the global United Methodist views on marriage and sexuality. The day-long event culminated with a communion service overseen by two United Methodist bishops. 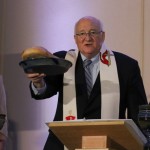 “We don’t live on the world’s wisdom, we do not exist on the world’s power,” said Bishop Mike Lowry of the Fort Worth Area of the Central Texas Conference, during his communion homily. “You know and I know it is Christ, the power of God and the wisdom of God. What is at stake for us in this struggle we are in is not ultimately the issue of human sexuality; what is at stake for us is who is Lord, who rules, who saves us. We preach Christ and Him crucified.”

Interspersed between messages calling for a revitalized Wesleyanism, WCA leaders crowd-sourced affirmation of its theological underpinnings, purpose, and moral principles. “We are reciting the Nicene Creed today without crossing our fingers behind our backs,” said Dr. Bill Arnold, professor of Old Testament at Asbury Theological Seminary, before leading the group in the ancient affirmation of faith. 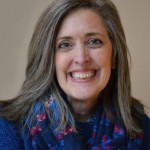 With more than 1,800 participants, the Donald E. Stevens Convention Center near O’Hare Airport in Chicago was flooded with enthusiastic United Methodists from every conference across the denomination in the United States and from ten conferences in Africa.

Through a “Chicago Statement” that was affirmed by a standing ovation and cheers, the group asked the Council of Bishops to “swiftly name the members” of the Commission on the Way Forward and “approve the call for a special General Conference in early 2018 to enable resolution of the conflict that divides us before further harm is done to United Methodist members, congregations, conferences, and ministries.”

“We believe it is imperative for the commission to propose a plan that calls for accountability and integrity to our covenant, and restores the good order of our church’s polity,” states the Declaration. “If the commission determines no such plan is possible, then we believe it should prepare a plan of separation that honors the consciences of all the people of the church and allows them to go forward in peace and good will.” 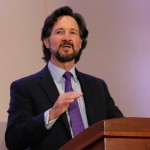 In the midst of dissension and uncertainty within United Methodism, leaders of the Wesleyan Covenant Association say the group was formed in order to bring a unifying voice of hope and encouragement to evangelicals and traditionalists as they face the future.

“We don’t know what the future will bring,” said the Rev. Rob Renfroe, pastor of adult discipleship at The Woodlands (Texas) United Methodist Church, during his message to the group. “We are not here to promote schism. But we are not here to be naïve either. Change is coming to the United Methodist Church. We all know that. The bishops know that and many have said so publicly.” 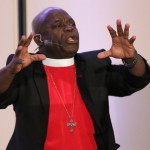 The Rev. Dr. Jerry Kulah, the West Africa Central Conference Coordinator of the UMC Africa Initiative, reminded the group about the importance of choosing the right way when two divergent paths are presented at a crossroad. “The only sustainable path to global unity of the people called United Methodist is total submission and loyalty to the Lordship of Jesus Christ, and an exclusive obedience to the Word of God as primary authority for faith and Christian living,” said Kulah, the dean of the Gbarnga School of Theology (United Methodist) in Liberia. “While we live within diverse cultures and religious worldviews, it is important that we love and embrace everyone, but we must continually live within God’s parameter of grace defined by Scripture.”

“Wesley’s great fear was that the Methodist movement would – in a process that had happened again and again over the centuries – be tamed by the culture until it was nothing more than a docile lapdog,” said the Rev. Dr. Andrew Thompson, a Wesley scholar and pastor of First United Methodist Church in Springdale, Arkansas. “He was afraid that Methodism’s engagement with the culture would dilute it until it was a shell of its former self.” 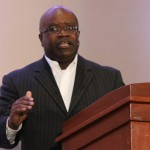 “Unity without covenant is a false god,” concluded Levingston.

Throughout the day, many of the speakers exhorted United Methodists to live out a vibrant form of Wesleyan Christianity, one that envelopes deep spirituality, passionate worship, and meaningful outreach for people of all walks of life, especially the downtrodden. 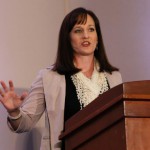 “We meet not just to find a way forward, but to remember how we found The Way, the Truth, and the Life in the first place,” said the Rev. Jessica LaGrone, Dean of the Chapel at Asbury Theological Seminary. “And to remember that to fully know life is not just to be rescued from something, but to be rescued for something. To become the rescued and transformed means to be those intent on the rescue and transformation of others.”

Wesleyan Covenant Association leaders announced during the afternoon session that they had run out of membership forms and encouraged participants to sign-up online.