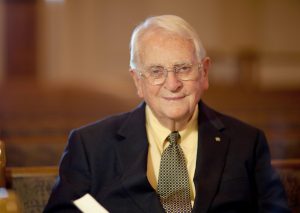 Over the last several months, Good News lost two warm-hearted Christian friends who played important roles in the legacy of this ministry. Both writer Marilyn N. Anderes and the Rev. William Mason recently passed away and will be dearly missed by those of us at Good News who are grateful for their lives, witness, and faith.

Pastoral leadership. During his 30-year tenure as the senior pastor of a growing and thriving United Methodist congregation, the Rev. William C. Mason served as the chair of the Good News board of directors. We counted on his steady leadership, evangelical convictions, and fervent prayers. At his death last October, he was 93 years old.

Intermingled with our mourning of our friend and a lifetime member of the Good News board is a great deal of rejoicing in remembering a soft-spoken man with a pastoral heart who began every morning by praying in solitude for his family, his congregation, and our church.

Bill’s rock-solid faith and perseverance helped guide Tulsa’s Asbury United Methodist Church to become one of our denomination’s most distinguished and vision-oriented congregations. “His love for the Lord and for people, his scriptural teaching, and his pastoral care endeared him to generations of Oklahomans and beyond,” affirm his friends at Asbury. “Bill always stood for traditional and evangelical convictions.”

Bill had been an office supply salesman when he heard Billy Graham at an Oklahoma City revival in 1960 preach about the two roads from Jesus’s message in Matthew. “As I laid in bed that night, the reality of my own life passed before me. I realized I was on the wide road that leads to destruction, and it was not the way I wanted to live my life anymore. I prayed and went to sleep,” he recalled.

“The next morning, I was a new person. I lost my appetite for alcohol, for lying to cover my tracks, for foul language, for using church as a social function. I was astounded at how vibrant I felt. I was 28 years old, yet I was born again in Jesus Christ.”

Bill felt called to full-time ministry and was appointed to Asbury after seminary. Bill credited seeking God’s will and direction in prayer for Asbury’s growth and development. The membership grew from 118 to over 5,200 members. He was featured on the cover of Good News twelve years ago, along with his successor, Dr. Tom Harrison, in an inspirational story about the ministry of Asbury. After 29 years as senior pastor of Asbury, Bill retired in 1993 and Tom was appointed to follow – and has faithfully continued to build upon the godly foundation.

“Bill and I have the same attitude toward ministry,” Harrison said. “We believe that to be faithful to the Great Commission, meeting people where they live is crucial; it is not an option.”

Writing to the Asbury congregation back in 2012, Mason wrote: “The lost, those who don’t yet know the love of Christ, should always be on your minds and hearts. And you must pay close attention to one another so that none who are already in Christ are lost. I pray that God will show you how to cooperate with what he wants to do in the world. May you invest the very best of yourself and your church in this endeavor, for what else yields so high a return?” 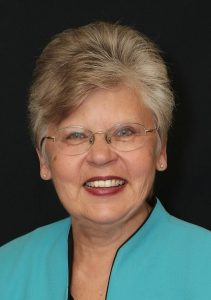 From the Heart. For 16 years, Marilyn Anderes served as the back-page “From the Heart” devotionalcolumnist for Good News. She died on Sunday, December 27, 2020 after a battle with pulmonary fibrosis. She is survived by her husband of 55 years, John, as well as her children and grandchildren. Marilyn was a devoted mom, an elementary and middle school teacher, mentor, and author. She had a magnificent smile and a generous spirit.

“Marilyn, Mal, as we affectionately called her, came to our church, Mount Oak United Methodist Church in Bowie, Maryland, with her family in 1971,” recalled the Rev. George Anderson, a retired United Methodist pastor. “In January of 1972 she gave her life to Jesus. My wife, Carol, says of Marilyn, ‘I taught her the scales (spiritually) and she made it into a concerto.’ She became an incredible Bible scholar, teacher, writer, speaker – but most of all, she and her family became our lifelong dear friends.”

Marilyn taught Bible studies and led seminars and retreats, both nationally and internationally, for the last 40 years. She was also the author of several books and dozens of magazine articles. The Intentional Remnant, her last book, was released just a few months before her death. An excerpt from this book appeared in the November/December issue of Good News.

“In all her writing and speaking, Marilyn called her audience to a deeper intimacy with God,” said Katy Kiser, team leader of the Renew Network. “Like the title of her book published in 2006, Marilyn wanted others to know that regardless of where we are in our walk with the Lord, there is always More. She knew the faithfulness of the Lord goes with us through our good times as well as our most difficult circumstances and trials.

“Today, Marilyn is home with the Lord. I see her delving even deeper into all that Jesus has prepared for her. As Paul wrote, ‘No eye has seen, no ear has heard, and no mind has imagined what God has prepared for those who love him’” (I Corinthians 2:9).