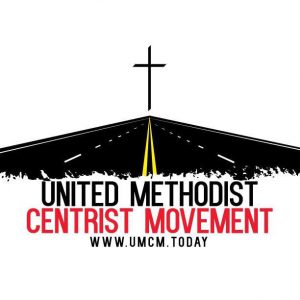 A resolution recently presented to the clergy session of the West Ohio Annual Conference speaks volumes about the self-declared “United Methodist Centrist Movement.”

The resolution made four requests of conference pastors and the two at the top of the list are telling: “Refrain from making complaints against colleagues in matters of sexual orientation,” and “Delay decisions regarding congregational departure from the United Methodist Church until after General Conference 2019.” (The final two requests were innocuous – we trust: “choose faithfulness and discretion,” and support the UM Church’s mission statement.)

If the resolution was authentically centrist it would have included an item calling on clergy to, “Refrain from presiding at or being a party to same-sex weddings.” After all, there would be no need to ask clergy to refrain from filing complaints if others refrained from violating the Book of Discipline in the first place. And local churches would not contemplate leaving if bishops maintained good order and accountability. But lacking such a request, the resolution puts the onus on pastors who actually support and defend the Discipline. One would think a movement that claims to represent the so-called “center,” and therefore the majority of the church, would want to see its polity protected.

But that’s not actually the case. While the UM Centrist Movement styles itself as centrist, it appears to lean progressive. And these centrists live in a theoretical world where hopefully the truly hard questions can be finessed: Is the practice of homosexuality incompatible with Christian teaching or not? Is marriage, as the church defines it, between one man and one woman? And finally, is the church correct in its decision not to ordain self-avowed, practicing homosexuals?

Many centrists seem to think we do not need to definitively answer these questions with one voice, or they have already answered them by responding, “We find it acceptable to live in a church where some people think the practice of homosexuality is contrary to Christian teaching, but others do not, where some pastors preside at same-sex weddings, but others do not, and where conference ‘A’ ordains openly gay clergy, but conference ‘B’ does not.”

This all might sound nice in theory, but besides being wholly unworkable in reality, it treats matters of great importance as if they are adiaphora, that is, non essential matters the church does not need to address with one voice.

Some pastors and local churches find the Centrist Movement approach attractive. It allows them to evade having difficult conversations and making hard decisions about things that seem remote. “There are no openly gay couples in our church, and certainly none asking our pastor to preside at their weddings. And our district superintendent hasn’t informed us that our new pastor is openly gay and his or her spouse will be moving into the parsonage.”

To be sure, one could adopt the Centrist Movement’s prescription and avoid the hard questions, but eventually they will have to be answered. It would be willfully naïve to think otherwise, and more importantly, irresponsible not to. For questions about the church’s sexual ethics, its teachings regarding the institution of marriage, and whom it will or will not ordain are not adiaphora.

And in reality, when people left, right, and center are presented with actual cases they would not treat them as such. They would either say, “Yes, we believe marriage is between just one man and one woman,” or “No, it is not.” They would either say, “We believe an openly gay, partnered clergyman should be welcome to serve as our pastor,” or “No, we believe such a clergy member’s marital relationship is contrary to Christian teaching.” They would not, or could not, shrug their shoulders, and say, “Whatever.”

In reality there is no middle way or third way when it comes to these matters, and giving people the impression there is, is not helpful.

LGBTQ+ people are convinced any barriers to their full participation in the church are grounded in homophobia, which in turn leads to false biblical interpretations, a misguided adherence to tradition, unreasonableness, and a callous disdain for LGBTQ+ experiences. Given their convictions, they will never settle for a UM Centrist approach that would bargain away their rights. They would challenge any annual conference that refused to ordain them, and would call for the removal of pastors who declined to preside at LGBTQ+ weddings.

At the same time, the majority of our globally connected church is convinced our sexual ethics, and understanding of marriage and ordination are firmly rooted in 2,000 years of Christian teaching. They are not inclined to change their minds, and therefore will continue to promote and defend the church’s teachings, and yes, file complaints when necessary.

And in truth, when people who maintain they are in a hypothetical “center” are forced to face the hard questions and the people involved, they will make concrete choices too.

In the end, it is far too early for the fledgling UM Centrist Movement to claim to be “centrist” or a “movement.” So far, signs indicate otherwise. Unfortunately, as it stands right now, the group looks like a cluster of clergy postponing decisions a globally connected and united church must squarely confront on a regular basis.