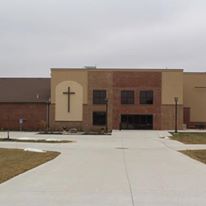 “The open defiance by annual conferences to ignore the Book of Discipline and defy the Word of God, and the Western Jurisdiction’s decision to elect a gay bishop compelled us to act,” said Matt Hamilton, chairman of the congregation’s leadership board.

According to the blogger Len Wilson, in 2014 the West Ohio church was the third fastest growing UM congregation with worship attendance over 1,000. It now averages approximately 1,200 to 1,300 people in attendance at five weekend worship services in a rural community with a population of just over 13,000.

“In the layperson’s workplace, if you sign a contract stating you’ll fulfill a certain job within a corporation, and then you fail to uphold your duties, you’d be terminated,” said Jill Steinbrunner, another member of the congregation’s leadership board. “EUMC is looking for the bishops to display clear and definitive support of biblical truths … and holding clergy accountable to their ordination vows and our Book of Discipline.”

Over the past several years the West Ohio Annual Conference, like many others, has witnessed challenges to the denomination’s sexual ethics and its teachings on same-sex marriage. In 2010, on a very narrow vote (948 to 920), the conference elected an openly gay man as its conference treasurer. He has been re-appointed to the post every year since. And earlier this year, just three days before the convening of General Conference, UM Pastor David Meredith made statewide news when he married his male partner at Broad Street UM Church in Columbus, Ohio. A complaint was filed in the case, but to date there has been no word of its resolution.

“EUMC has been increasingly alarmed at the way UM leaders have chosen to disregard the tenants of our church,” said Steinbrunner. “It has put more emphasis on maintaining unity than on teaching biblical truth and saving souls.”

The church recently joined a diverse mix of 20 other congregations in Darke County, Ohio, in an effort to share the Gospel with unchurched people. The initiative, called Time to Revive, has resulted in over 500 people making decisions for Christ.

“I am excited,” said Steinbrunner, “that the church is not only growing in the number of attendees, but more importantly, we’re seeing people growing in their depth of faith and knowledge of Christ. We’ve had dozens of people volunteer to meet one-on-one with people who have recently become Christians. It’s very exciting to witness.”

The congregation has a history of paying 100 percent of its apportionments, and both Steinbrunner and Hamilton said the board reached its decision reluctantly and after months of discussion and prayer.

According to Hamilton, the leadership team decided it could no longer, in good conscience, support a conference and general church that is failing to abide by its own polity and teachings.

He explained that the leadership team unanimously voted to withhold the apportionments. It then held a church-wide membership meeting to solicit feedback before moving forward. “Members were overwhelmingly supportive of our decision,” he said.

“If the bishops would enforce the Book of Discipline we could begin paying apportionments again,” he added. “But right now the general church is in chaos. In fact, our people feel like the bishops’ inability to maintain good order in the general church makes it more difficult for us to do our ministry. We’ll continue to do what we’ve been doing, but the bishops aren’t helping.”