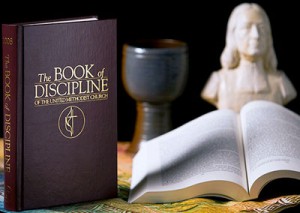 With the election of the Rev. Karen Oliveto as a bishop of The United Methodist Church, a pastor who is married to another woman and therefore unqualified to assume the office, it is clear to most people that the church has reached a crisis point.

Thousands of people across the connection have endorsed a statement that will be shared with the Council of Bishops. To read the statement and add your endorsement, click HERE.