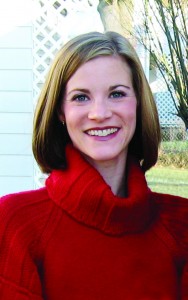 How do you find hope in a place like South Sudan?

Dr. Sharon Fogleman, a missionary to South Sudan with TMS Global, asked this question when she addressed our staff one morning. As Christians, we often talk about having our hope in Christ. Yet when your country is enveloped in civil war, your children are starving, and you have been forced to travel a long and dangerous journey to a refugee camp, what does your faith look like? How do you find hope when you have lost everything?

Doctors Lynn and Sharon Fogleman moved to South Sudan in 2012, soon after the country gained independence. Both family physicians, Lynn and Sharon taught a Community Health and Disease Prevention program within The United Methodist Church of South Sudan.

Although violence was a common part of life in this new country, the team resided in Yei, which remained relatively safe. That changed in 2016 when tension between government and rebel forces increased dramatically. “Government soldiers were raping people, looting businesses, burning homes, and killing anyone they found who sided with the rebels,” said Lynn. “The rebels were doing the same thing, so travel beyond our town became very unsafe.”

The Foglemans’ good friend and fellow missionary, Sister Veronica of St. Bahkita Hospital, was killed in May of 2016. A Catholic nun and a physician, she was traveling home by ambulance after taking a patient to the hospital. Soldiers ambushed the ambulance and shot her.

That July, the TMS Global team made the difficult decision to leave Yei. They each packed a small bag and made the dangerous drive to the border, which was closed an hour after they crossed into Uganda.  The war has caused more than 1.6 million South Sudanese to leave the country as refugees, and an additional 1.9 million people to be internally displaced. Most have fled to Uganda, where more than 850,000 people are residing in refugee camps, a number which is expected to rise to more than one million by the end of the year.

Many South Sudanese are subsistence farmers who have been unable to tend their crops due to the fighting. The addition of a drought plaguing the area has led to an estimated 100,000 people living in famine, and 40 percent of the population is facing extreme hunger. Aid organizations are desperately trying to get food to people who need it, but the fighting has blocked some areas from receiving aid.

After fleeing South Sudan, the TMS Global team settled in Uganda and is serving in refugee camps on the border. Lynn, Sharon, and Carolyn, a retired nurse, have been joined in Uganda by Nancy, a former hospital CEO and respiratory therapist.

In the camp, TMS Global workers are providing medical care and healthcare education, and are discipling Christians in their faith. Carolyn was recently trained in biblically based trauma counseling in order to minister to residents. She is also training South Sudanese pastors at the camp so that more people can receive counseling.

“Soon after they arrived at the refugee camp, Christians had pulled together and were helping one another,” said Sharon. “Their resilience was amazing. They had set up a compound of tents for the 36 orphans from the children’s homes in Yei and were caring for them. The community radiated hope.

“While we were talking to the children, one of the leaders asked the kids to say what they wanted to be when they grew up. They each stood up with a smile on their face and listed teacher, doctor, driver, mechanic, and other professions. The leaders were not going to let these kids stop dreaming of their future. There we saw hope.

“Although South Sudan is in a very dark place right now, we still see hope. The Christians in South Sudan know that Jesus is their only hope, and that is what they cling to. Join us in praying for peace in South Sudan.”

Reed Hoppe is the associate director of communications for TMS Global – www.TMS-Global.org.