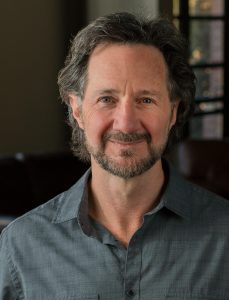 When I speak to churches about the problems dividing the United Methodist Church, I begin by saying, “If you are not aware of what I am about to tell you, it will be hard for you to believe. I’ll sound like an ancient astronomer trying to convince you the earth revolves around the sun when everyone is certain it’s the other way around. I’ll come across like the ‘lunatic’ of an earlier era proclaiming the world is round when everyone ‘knows’ it’s flat. Some things are hard to believe even though they are true.”

Then I describe to them the deeper issues that divide the UM Church. I tell them we are divided about the Bible. Over the years, there have been UM pastors who’ve made statements about how the Bible cannot be trusted to tell us God’s will and how they scoff at those of us who believe the Scriptures are the inspired word of God. I recount our differences about the work of the Holy Spirit and how many UM pastors have told me the Spirit is revealing new truths that contradict and override what the Bible teaches.

I tell them about my conversation with a highly respected tall-steeple pastor who told me, “Rob, the Church created the Bible. So, we can re-create the Bible.” I tell them that worst of all we are divided on Jesus. Some of us believe Jesus is the way, the truth, and the life for all humankind. But we have a bishop who has warned us not to make an idol (a false God) out of Jesus. We have a UM seminary professor who told me, “God is wholesale; Jesus is retail,” meaning Jesus is just one of many religious teachers, not really different from Mohammad or Buddha. We had a UM seminary president who said if you feel a need to tell persons of other religions about Jesus, you don’t understand Jesus.

Trusted members of the Commission report that the international delegates who spoke up during the deliberations concerning General Conference argued that it could be held and that delegates from around the world could find a way to travel to the United States. Those who argued otherwise were primarily white, American, and liberal (see article on page 16).

It’s hard to believe that a desire to sabotage the Protocol of Grace and Reconciliation through Separation was the reason many Commission members voted against holding General Conference. But it’s even harder not to. The Episcopal Church, the Lambeth Conference of Bishops, the United Methodist Women, and the Wesleyan Covenant Association are all holding large in-person meetings this spring and summer with delegates coming from around the world.

Again, I know that’s hard to believe for persons in their local churches who assume all church leaders are honest, fair, and well-meaning. But the truth is the earth revolves around the sun, the world is round, and power politics led to the postponement of General Conference.

Here’s something else that will be hard to believe. There will be some bishops who will mislead the church and many pastors who will deceive their congregations in the coming months about the future of the UM Church. As local churches consider their options for leaving, they will be told they are overreacting. Some bishops and pastors will tell United Methodists in the pews that “there is no reason to depart because nothing will change – the UM Church will continue to be a big tent denomination that respects all persons and all points of views. You and your church will never be made to do anything you do not want to do.” If it’s hard for you to hear this, I’m sorry. But statements claiming there will be no change in the local church are untrue. And many who say these things know they are.

If you believe the progressives (who will be in control of the denomination when many traditionalists leave) will allow you to deny “justice” to same-sex couples who want to be married in your church; if you believe liberals will permit your annual conference to discriminate against partnered gay persons who feel called to be pastors; if you believe a bishop will never send a progressive pastor to your congregation to make you into “a real Methodist church,” then you are in denial.

The progressives have told us who they are. They have been open about their agenda. And after the Commission’s decision to cancel a General Conference that could have allowed us to go our separate ways in peace, it is obvious that some church leaders will do anything necessary to reach their goal of a woke liberal denomination, even if it means harming traditional churches.

It’s time to believe hard things. And it’s time to do a hard thing: Prayerfully consider leaving the UM Church. I hope you and your congregation will join other traditional Wesleyans in the Global Methodist Church. It may take time to do that. We have hard decisions in front of us. My prayer is that traditionalists will step into a better day with others who believe in the Lordship of Jesus, the truth of the Scriptures and the transforming work of the Holy Spirit.